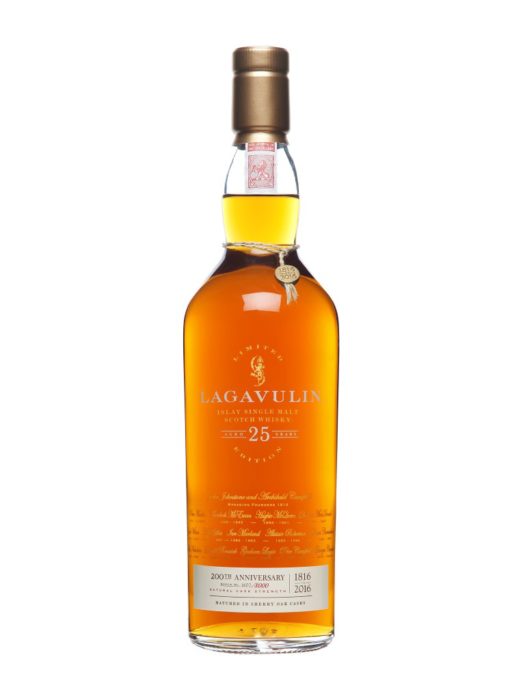 Islay is rife with 200th anniversaries this year. Up next is Lagavulin, which is putting out a special 25 year old anniversary bottling to commemorate the occasion (which is weird because it already had one 200th anniversary edition, an 8 year old). Some details from the distillery:

Lagavulin 25 Year Old, matured exclusively in sherry casks and bottled at cask strength, pays homage to the contribution Lagavulin’s distillery managers have made in crafting Lagavulin over the years. This limited-release offering honors the many craftsmen and great skill behind producing Lagavulin’s renowned whisky. Dr. Nick Morgan, Diageo’s Head of Whisky outreach states, “To continue this special birthday we wanted to release a brand new bottling to Lagavulin enthusiasts worldwide. The 25 Year Old is a sublime expression of Lagavulin, I couldn’t think of a better way to pay homage to the distillery managers.”

No surprises are in store for the reader on this one. This is classic, well-worn Lagavulin, which kicks off on the nose with both heavy peat and more luxurious notes of brown butter, fresh herbs, tobacco, and lanolin. On the palate, it’s quite sweet up front, offering notes of spiced nuts, clove-studded oranges, and cinnamon toast. The peat slowly rolls in like waves hitting the shore, bringing with it iodine, meaty barbecue smoke, all dusted with a salt-and-pepper sprinkling. The biting peat notes haven’t been dulled out of this one despite its time in barrel, the experience ending on a toasty, fireside character that really lingers.

All told: It’s nearly textbook Lagavulin, exactly as it should be. 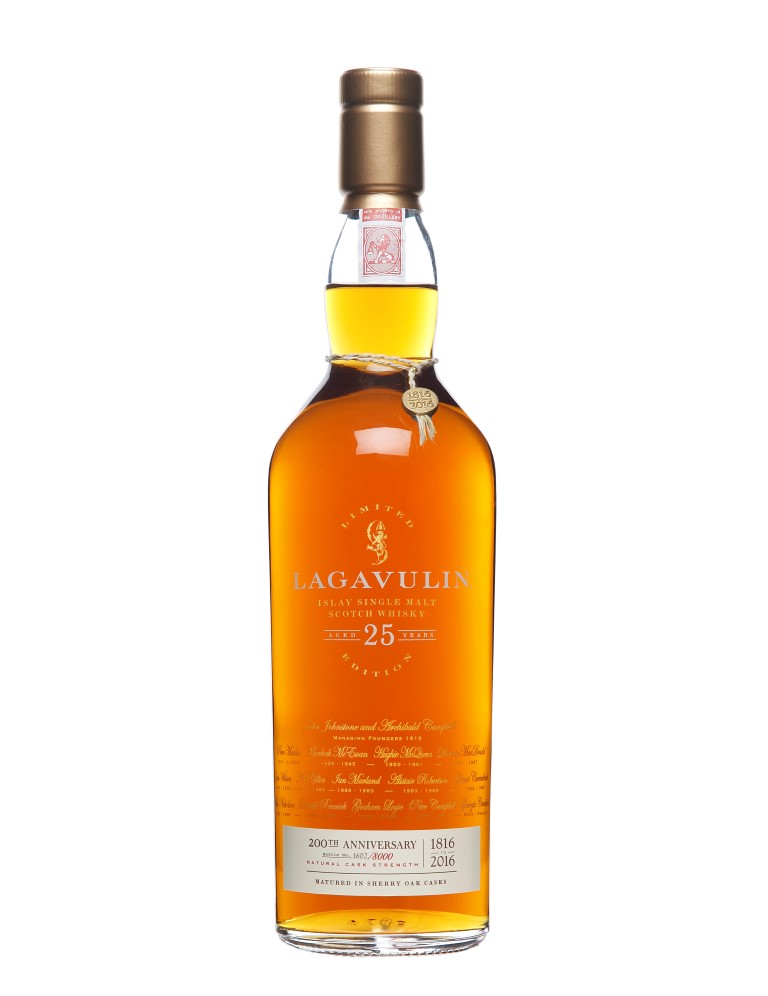