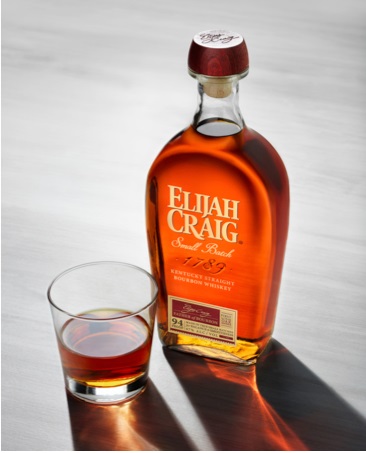 Earlier this year, Elijah Craig became the latest Kentucky bourbon to lose its age statement. Formerly a 12 year old release, it is now NAS, though Heaven Hill says the product will be composed of stock aged from 8 to 12 years old (200 barrels at a time) and, of course, assures us that quality will remain exactly the same. A new bottle design was recently released, which is taller, sleeker, and more modern than the old — some might say dated — design.

To prove its claims, the distillery sent out bottles of the new Elijah Craig Small Batch to see how it fares. Sadly, I haven’t any of the old 12 year old stock to compare to, but I did put this 2016 release side by side with a recent Barrel Proof release (brought down to an equivalent proof with water) to at least give some semblance of comparison to the past.

First, let’s look at the new release. It’s a sugar bomb from the get-go, simple-sugar syrup heavy on the nose with some citrus undertones plus a baking spice kick. The palate pushes that agenda pretty hard; it’s loaded to the top with sweet butterscotch, light caramel, and vanilla ice cream notes before a more sultry note of orange peel and gentler baking spice character comes to the fore. Heaven Hill reportedly uses a 75% corn, 13% rye, 12% malted barley mashbill, and the spice level here comes across about as expected with that amount of rye in the mash. It isn’t until late in the game that gentle wood notes come around, making for a duskier finish to what initially seems like a fairly straight (and sweet) shooter.

While it’s an imperfect comparison, the watered-down Barrel Proof cuts a bit of a different profile, offering more wood, more spice, and a bolder body right from the start. There’s more nuance along the way in the form of cocoa, coffee, and raisiny Port wine, but this kind of enhanced depth isn’t uncommon with a cask strength release, even if you water it down in the glass. The new standard-grade Elijah Craig doesn’t have that kind of power, but it’s also a less expensive and more accessible bourbon. Taking all that into account, it’s definitely still worth a look. The grade is on the borderline with an A-.

B+ / $30 / bardstownwhiskeysociety.com  [BUY IT NOW FROM CASKERS]