Visiting and Tasting With Hourglass Wines, 2016 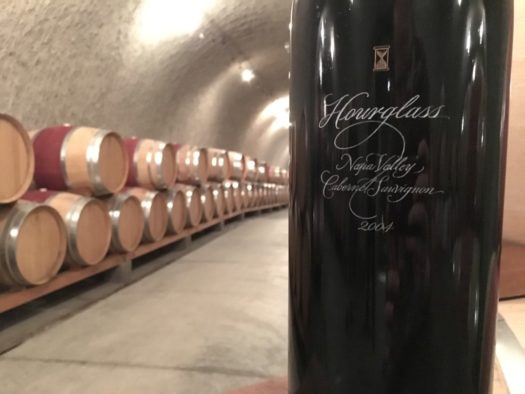 “Michelin restaurants have more equipment than we do.”

So says Tony Biagi, winemaker at north Napa’s Hourglass and a celebrity in his own right, having made wines at Plumpjack, CADE, and other blue-chip operations. Now he’s got another feather in his cap in the form of Hourglass, a cult winery in the making, where a few years ago he replaced Bob Foley as winemaker.

Hourglass is the brainchild of Jeff and Carolyn Smith. Jeff is a wine veteran with grapes in his blood — his family’s been making wine in the Valley since 1975. After a stint selling Skyy and watching it become a national phenomenon (Jeff says he came up with the cobalt blue bottle), he bought his first vineyard, planted mainly cabernet, and hasn’t looked back.

Hourglass now has 18 vintages under its belt, and with Biagi now holding the reins, the winery seems poised for greatness, with a series of coveted releases now under its belt. Biagi will talk your ear off about his research into balancing tannin with “bound color” in a wine while aiming to minimally manipulate his finished product, but the main event today surrounds tasting a collection of young and unbottled 2015 vintage wines, including single-varietal malbec, merlot, cabernet sauvignon, and cabernet franc (one of Biagi’s beloved pet projects), plus some pre-release blends made from these grapes.

Some photos of this small but impressively well-designed winery follow, along with official tasting notes from three current/almost-released expressions of Hourglass’s cabernets from the 2014 vintage. Thanks to Tony and Jeff for a great day in Napa!

2014 Hourglass Estate Cabernet Sauvignon Napa Valley – I love this wine (which is 100% cabernet sauvignon). So nicely balanced, it offers an incredibly complex profile of gentle fruit, saddle leather, pipe tobacco, and violets. A slight balsamic edge endures well into the palate, which leads to a finish of black pepper, (very) dark chocolate, and tart blackberry. The denouement is lengthy, a classic yet complex representation of Napa cab. A / $165

2014 Hourglass Blueline Estate Cabernet Sauvignon Napa Valley – A denser and bolder version of the the flagship wine, 90% cab blended with 6% malbec and 4% petit verdot, all drawn from Hourglass’s prized Blueline Estate Vineyard. This wine ups the ante on those tobacco and leather notes, tamping down the fruit a tad in the service of brambly tannins. Blackberry emerges as the wine opens up, along with restrained floral notes and some citrus. Again, give this one ample time or decant and chocolate notes emerge as well. A- / $125

2014 Hourglass Blueline Estate 36-24-36 – Moving up to the really rare stuff. Named for the iconic measurements of the “perfect” woman, this is a blend of 92% cabernet sauvignon and 8% petit verdot. This is a dense wine, more so than I would have expected based on this blend, loaded with hardy licorice, balsamic, and tart blackberry atop well-integrated oak notes and a light herbal character. There’s epic length here, culminating in some light menthol notes and a touch of cocoa. It’s enchanting today, but this wine needs ample time to open up — either by decanting or significant time in glass… or by letting it age in bottle for a few more years. A- / $225 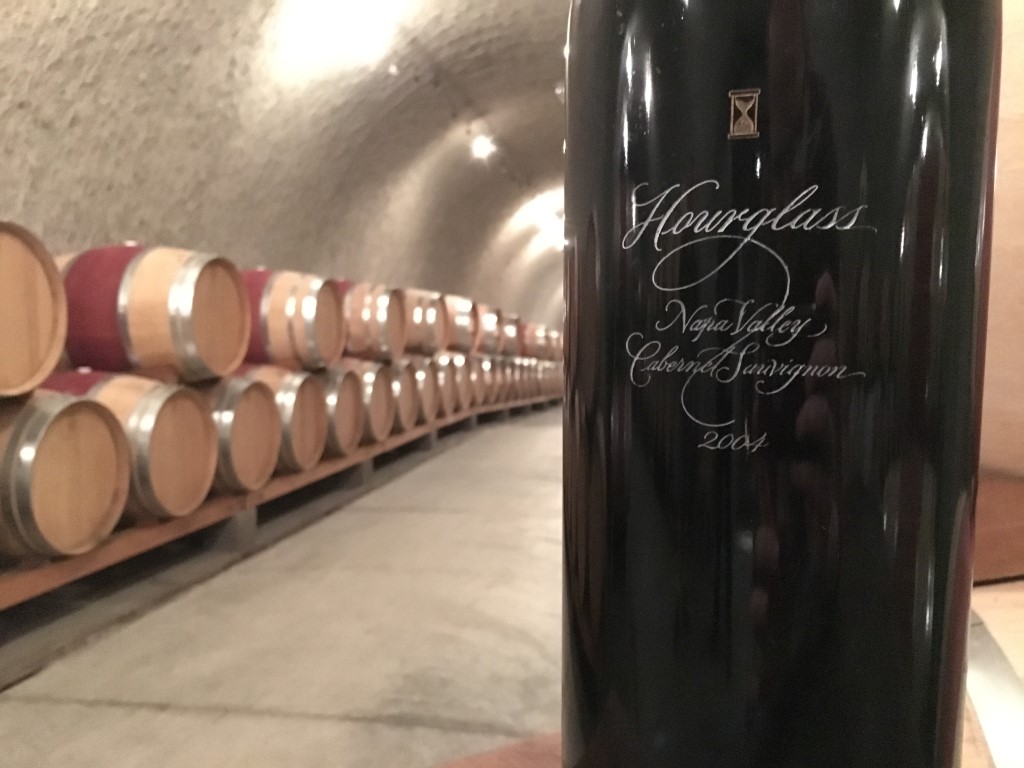