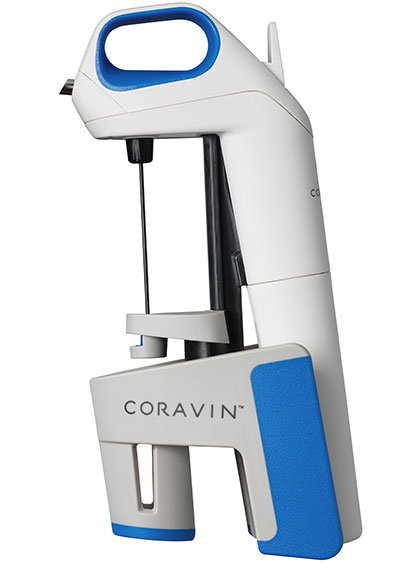 The Model One is designed to be millennial-friendly, clad in more Ikea-friendly white and blue plastic instead of black and silver. Other than that, slightly lighter materials, and some very minor design tweaks, I can tell you that after experimenting with both the Model One and the original Model 1000/Model Eight side by side, they are functionally identical.

Both devices work the same way: A needle goes down through the cork, wine comes out, and argon gas goes in. Argon canisters are replaceable (each handles about 3 bottles of wine) at a price of roughly $10 a canister, so figure a bit under $1 per glass for expendables. Both use the same needle (the Model Two has a slightly “faster” needle) and work exactly the same way.

So, if you’re considering a Coravin, should you spend $200 on the Model One or $300 on the Model Eight? Well, the blue and white color scheme isn’t the most attractive, but the Coravin isn’t all that handsome of a device to start with, no matter what color it is. If you’re choosing to keep the device in a drawer instead of on display (and since the Model One doesn’t come with a stand, you pretty much have to), I wouldn’t hesitate to save the hundred bucks and put that toward wine instead of gadgetry. 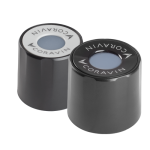