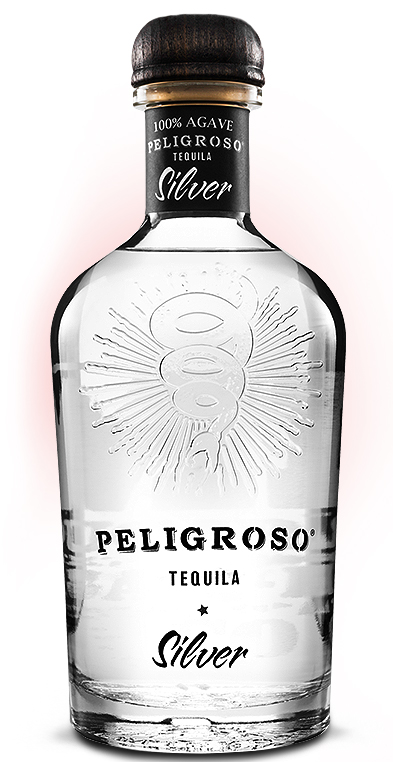 It’s a common thing in the world of tequila to release a blanco first, then wait a bit before releasing a reposado, then finally come out with an anejo to complete the lineup. Somehow, when it comes to Peligroso, we did everything all wrong. Six years we reviewed the distillery’s reposado, then followed that with an anejo in 2012. There was a liqueur released in 2013 even. Somehow we never reviewed the very start: Peligroso Silver.

Well, that’s only part of the story. The original Peligroso was bottled at 84 proof, hence the peligrosoness (danger) of the spirit. Somewhere along the way — probably when Diageo bought the brand in 2014 — the tequila was reformulated completely (including a new NOM), and it is now bottled at 80 proof. It is still a 100% agave spirit, however.

So, let’s take a fresh look at a silver tequila we never looked at to begin with and give Peligroso Silver a proper review.

Well, after all the buildup, I have to say there’s not a whole lot to get worked up about. The nose is racy, spicier than many silver tequilas I’ve experienced of late, but also quite green and vegetal, with a raw agave character to it. It’s not a bad lead-in, and at least it promises a bold flavor profile ahead.

Unfortunately, the palate just doesn’t hold up its end of the bargain. Up front are a whole bunch of weird notes — think green beans, creamed corn, and bubble gum. Eventually this meanders into a more traditional profile, featuring stronger, peppery agave notes and a not-insignificant amount of sugar. The finish however is quite bittersweet, with notes of pencil lead and smoldering tobacco. All of this might add up to a fair enough tequila if the body itself wasn’t so thin and watery, which makes for a rather uninteresting experience. In contrast to the bold body and bite of the original Peligroso, the new expression, at least its blanco version, is a bit of a letdown.