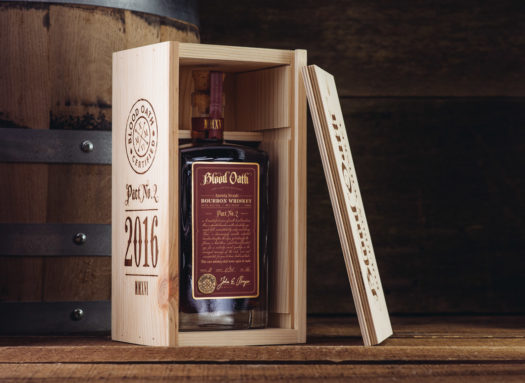 Luxco’s Blood Oath series is officially turning into an annual affair, and Pact No. 2 is here. As promised last year, Pact No. 2 is a different whiskey, but it’s less different than than you might think. This year’s expression is, like Pact No. 1, a blend of three Kentucky bourbons: First, a 7-year old rye-heavy bourbon finished in Port barrels, second, an 11-year old wheated bourbon, and third, an 11-year old rye bourbon. While the overall structure is similar to Pact No. 1, none of those appears to be a repeat of last year’s release, though it did include an (unfinished) 7-year old high rye bourbon.

I really enjoyed Pact No. 2 right from the start. It’s a powerhouse of a bourbon, leading on the nose with somewhat heavy wood overtones, plus notes of lightly scorched sugar and cocoa powder. There’s plenty of spice here to go around, offering notes of cloves, allspice, and ginger, all atop notes of toasty grains.

The palate builds on this with a number of fun elements, starting with a nicely fruity attack that offers notes of red berries, applesauce, and brown butter. As the palate evolves it finds even more of a voice, layering in gingerbread, Christmas-like spiced apple cider, golden raisins, and some notes of citrus peel. The baking spice is deep and penetrating, with that sultry wood reappearing on the back end to make for a somewhat austere and mature finish. All of this put together, this is serious whiskey, blended by someone who really knew what they were doing. Frankly, I find it a tough bourbon to put down.

Yes, Luxco is the company that makes Everclear, but it’s also proving itself to be an impressive force when it comes to sourcing high-end bourbon barrels and blending up an enticing whiskey. This is definitely one to buy. 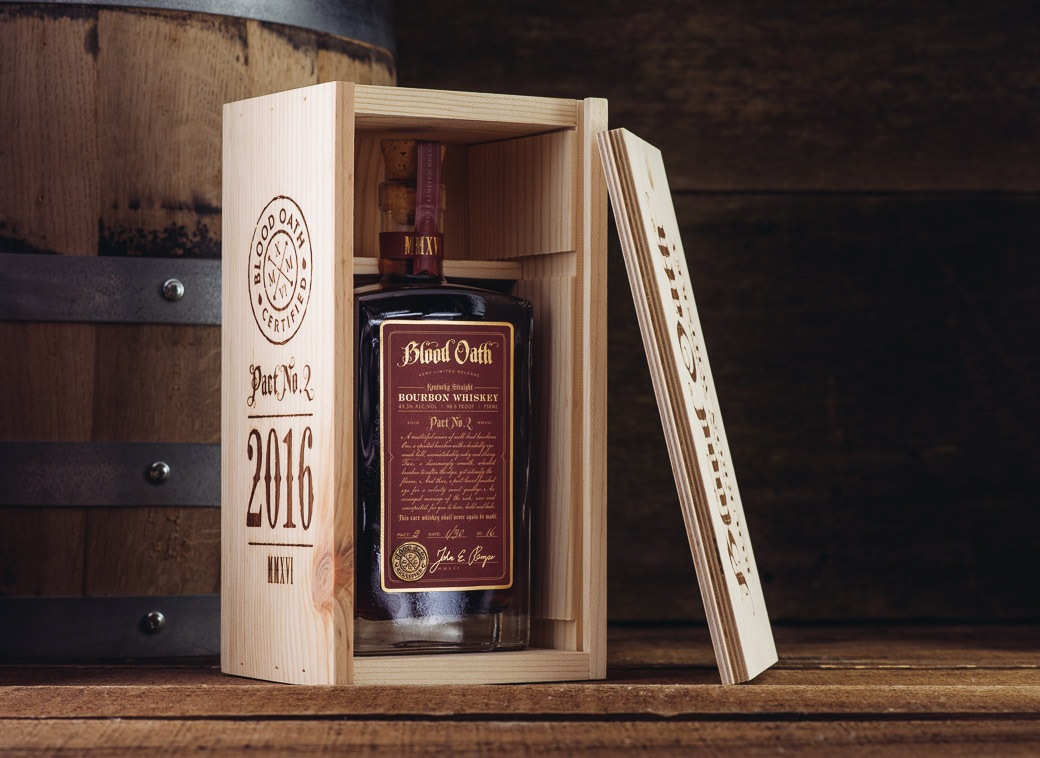