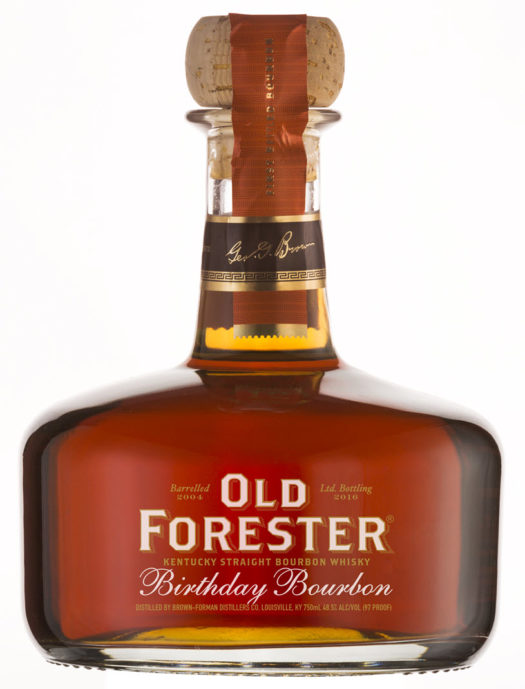 It’s the 15th edition of Old Forester’s Birthday Bourbon, and I’m happy to report this year’s installment is one of the best in recent memory.

But first, a little detail from OldFo on this, a 12 year old bourbon, which is fully in keeping with the distillery’s history:

Each barrel in the Birthday Bourbon selections annually are drawn from the same day of production, this year’s on June 4, 2004, leading to the ‘vintage-dated’ reference. The 2016 release of 93 barrels uniquely matured together on the 5th floor of Warehouse K at the Brown-Forman Distillery in Louisville, KY. The lot was positioned near a window facing west allowing them to be sun kissed, yielding a deeper oak mouthfeel. This warm location provides this year’s release with a deep, rich, oak forward personality.

That “official” description seems awfully backwards to me, and critically it misses what’s best about this whiskey. The 2016 Birthday Bourbon is fresh and fruity, definitively not woody, particularly on the nose, which exudes notes of cloves, spiced gingerbread, and muddled cherries. These engaging aromas come alongside a more gentle, encompassing lacing of barrel notes, which feels a bit winey at times. The palate is quite luscious, offering bright cherry fruit (I was immediately reminded of Baker’s Bourbon), dark chocolate, more cloves, and a hint of licorice. The finish is drying and bittersweet, but not especially influenced by traditional, classic barrel flavors.

All told this is a gem of a whiskey — getting more expensive every year, to be sure, but worth it at least for 2016. Old Forester’s Birthday Bourbon releases are rarely my favorites, but Chris Morris and Co. have come up with a surprising delight that goes against the distillery’s often hoary style and manages to really engage with a fresh and enlightened style. 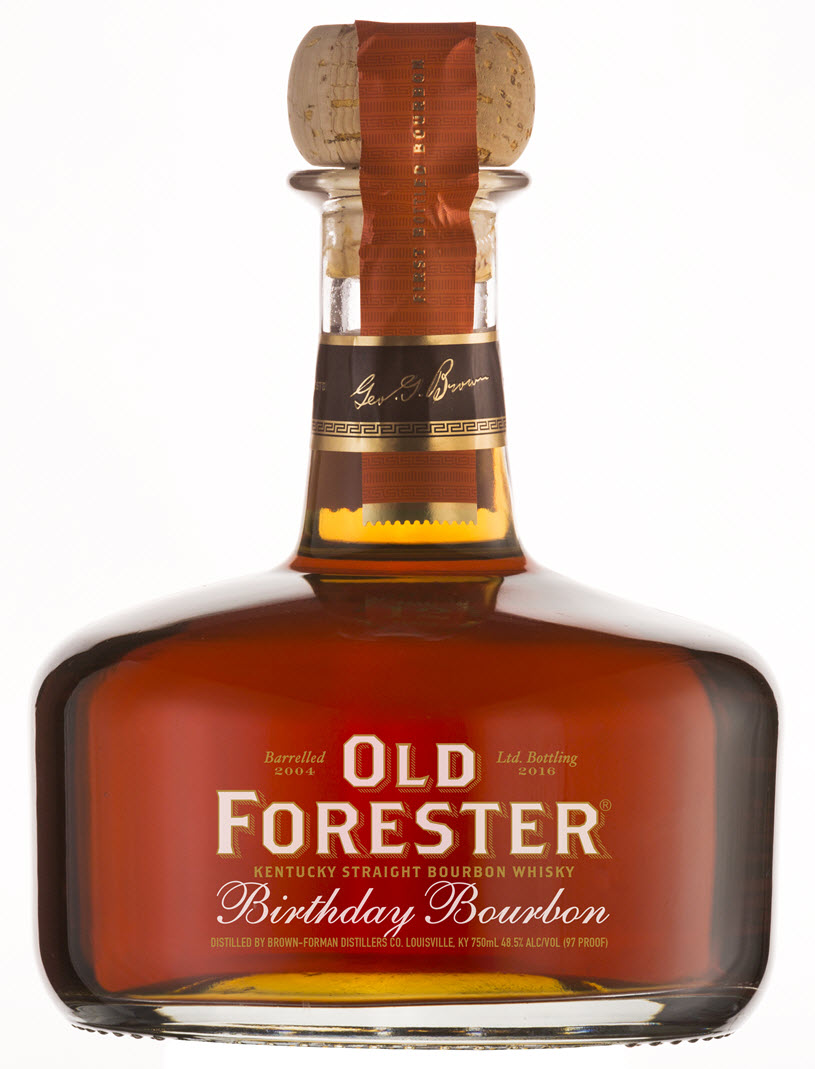