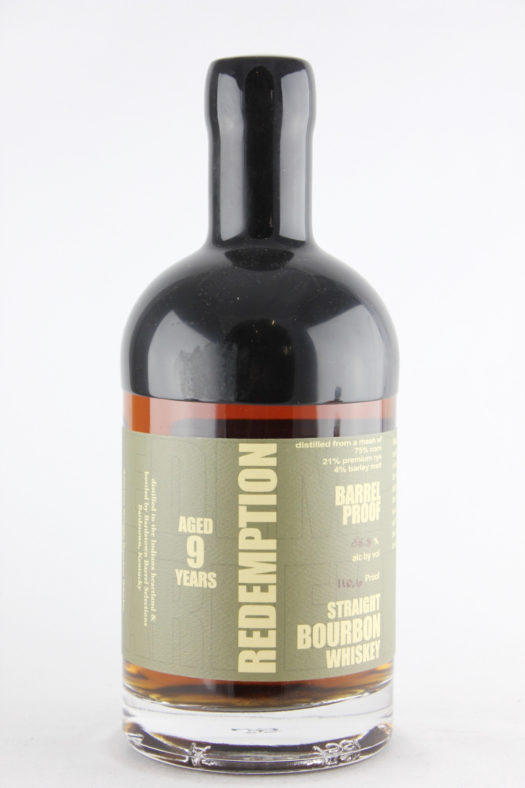 Now Redemption is back again with three more entries into its Aged Barrel Proof line. The twist: Only one is a straight rye; the other two are bourbons, one from a high-rye mashbill and one from a lower-rye mash.

We got the entire trio to review, and without further ado, let’s hop right into it. Technical specs on each whiskey can be found in its respective writeup.

Redemption Aged Barrel Proof Straight Rye 8 Years Old (2016) – Note: This is a newly batched rye with a slightly higher proof than the 2015 version of the 8 Year Old Straight Rye. It is still however made from a mash of 95% rye, 5% barley. Bigger butterscotch notes lead things off on the nose, with aromas of black and cayenne pepper. Considering the age, there’s a surprising level of granary character on the palate here, with an almost pungent level of savory, dried herbs bringing up the rear. The finish is spicy and heavy with notes of leather and fresh asphalt. A serious letdown over last year’s rendition. 122.2 proof. B-

Redemption Aged Barrel Proof High-Rye Bourbon 9 Years Old – This whiskey is made from a mash of 60% corn, 36% rye, and 4% barley. Nice color here, a pretty, heavy amber. On the nose, the rye is evident, with clear granary notes, red pepper, and licorice. The palate is a bit more subtle, still laden with brooding spices but less pushy with its heavy grain notes, offering a fruitiness that the straight rye doesn’t feature. The finish takes things back in the direction of tar and grain, though it’s tempered by some interesting notes of baking spice and gingerbread. 109.2 proof. B+

Redemption Aged Barrel Proof Straight Bourbon 9 Years Old – And now, to contrast, this is a bourbon made from a mash of 75% corn, 21% rye, and 4% barley. Though the proof level isn’t much different than the High-Rye, it initially comes across as a much hotter spirit, scorching the palate while pushing aromas of well-roasted grains, baking spice, and coffee bean. Ample wood leads the way on the palate, again showcasing crackling grain, caramel corn, and some savory herbal character. While it’s burly with lumberyard overtones, the wood isn’t overdone, and the various elements gel into a fairly cohesive whole. The finish is warming but not as hot as the initial attack, ultimately making for a fine, though fairly orthodox bourbon. 110.6 proof. B+  [BUY IT NOW FROM CASKERS] [BUY IT NOW FROM DRIZLY] 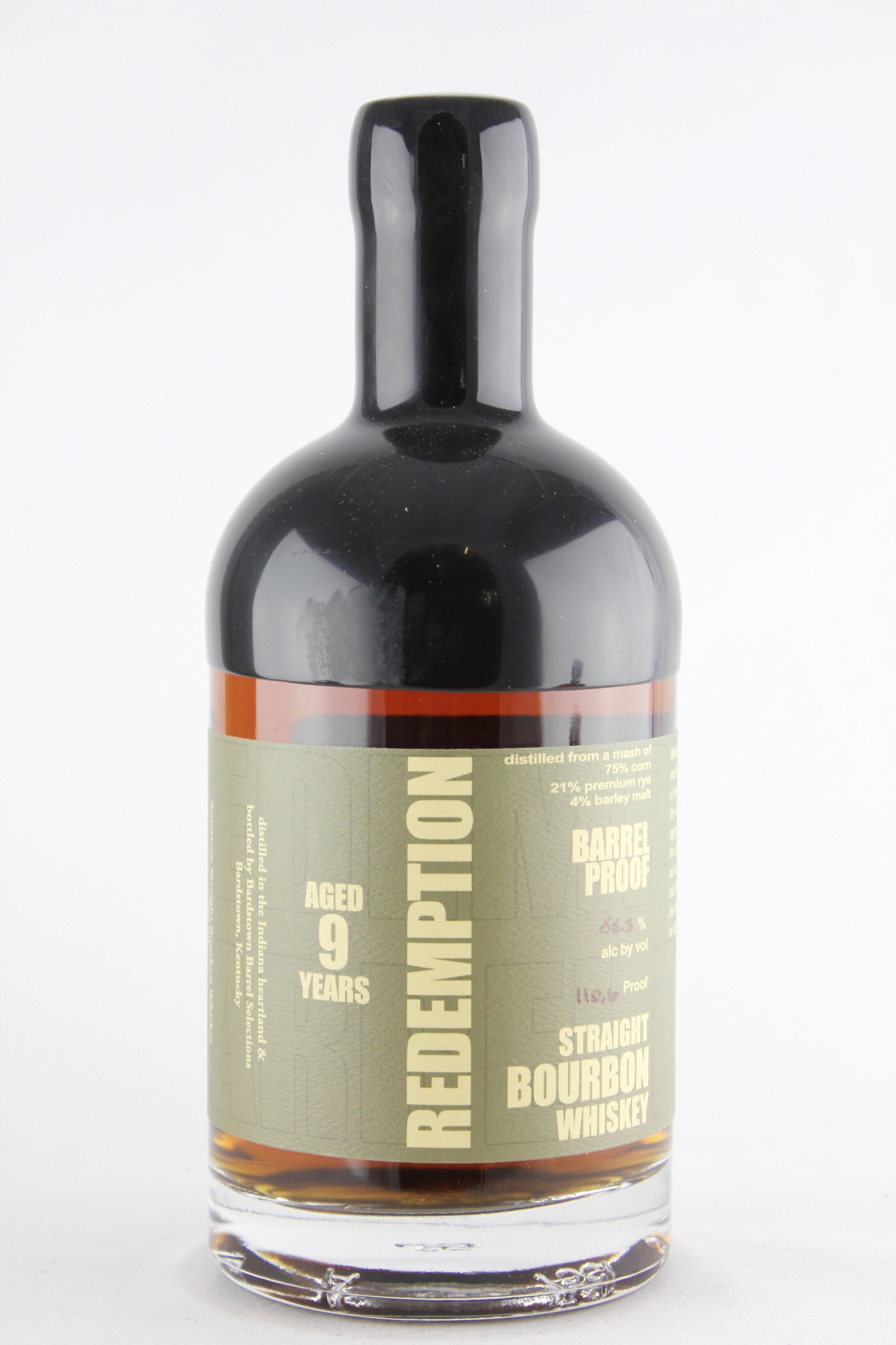