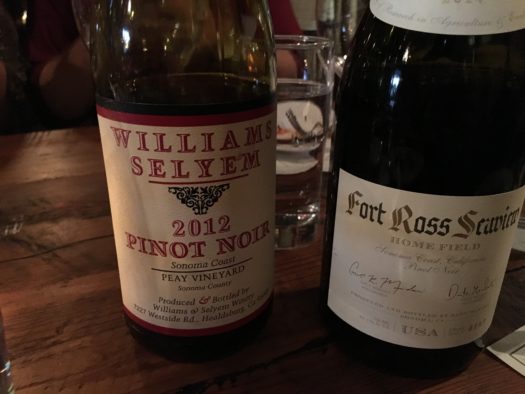 What’s better than bringing a bottle of wine to dinner? Bringing about 30 of them, then passing them around so everyone can try a bit of each.

Hagar’s brainchild is organized around themes in the wine world. Each month guests are instructed to bring wines of a particular variety. In March it was pre-2003 Howell Mountain reds. In February, Right Bank Bordeaux. This month, Sonoma Coast and Central Coast pinot noir.

Hagar’s wine collection is legendary, and he always brings exotic offerings to the party. This month was no exception, as he poured a splash of 1980 Chalone for me, which utterly surprised with its amazing longevity and plenty of fruit. Later, he uncorked a magnum of 2012 Williams Selyem Allen Vineyard, which was fun to compare against the 2012 Williams Selyem Peay Vineyard that I brought, both from the Sonoma Coast. Of course, all the guests had wine to share, too — the rule is one bottle per person — which meant ample opportunity to try both classics and obscurities, like a gorgeous pinot from Occidental and an opulent new wine called The Prestige, made by a negociant who was in attendance.

Of course, this is a dinner, and the $125 entry fee gets you a four course meal that I’d describe as rustic French in style. A Wellington-style scallop was a unique highlight, but the tender, roasted veal chop that came after was probably the standout of the night.

Sadly, my picture-taking skills failed me and I forgot to snap a selfie while Hagar and I talked not just wine but also his upcoming spirits projects, which include a spiced rum to round out the Sammy’s Beach Bar line and a hybrid mezcal-tequila he’s calling Mezquila. Both are arriving this fall, so stay tuned… or visit El Paseo during one of the upcoming Wine Collectors’ Dinners and ask him about them yourself. 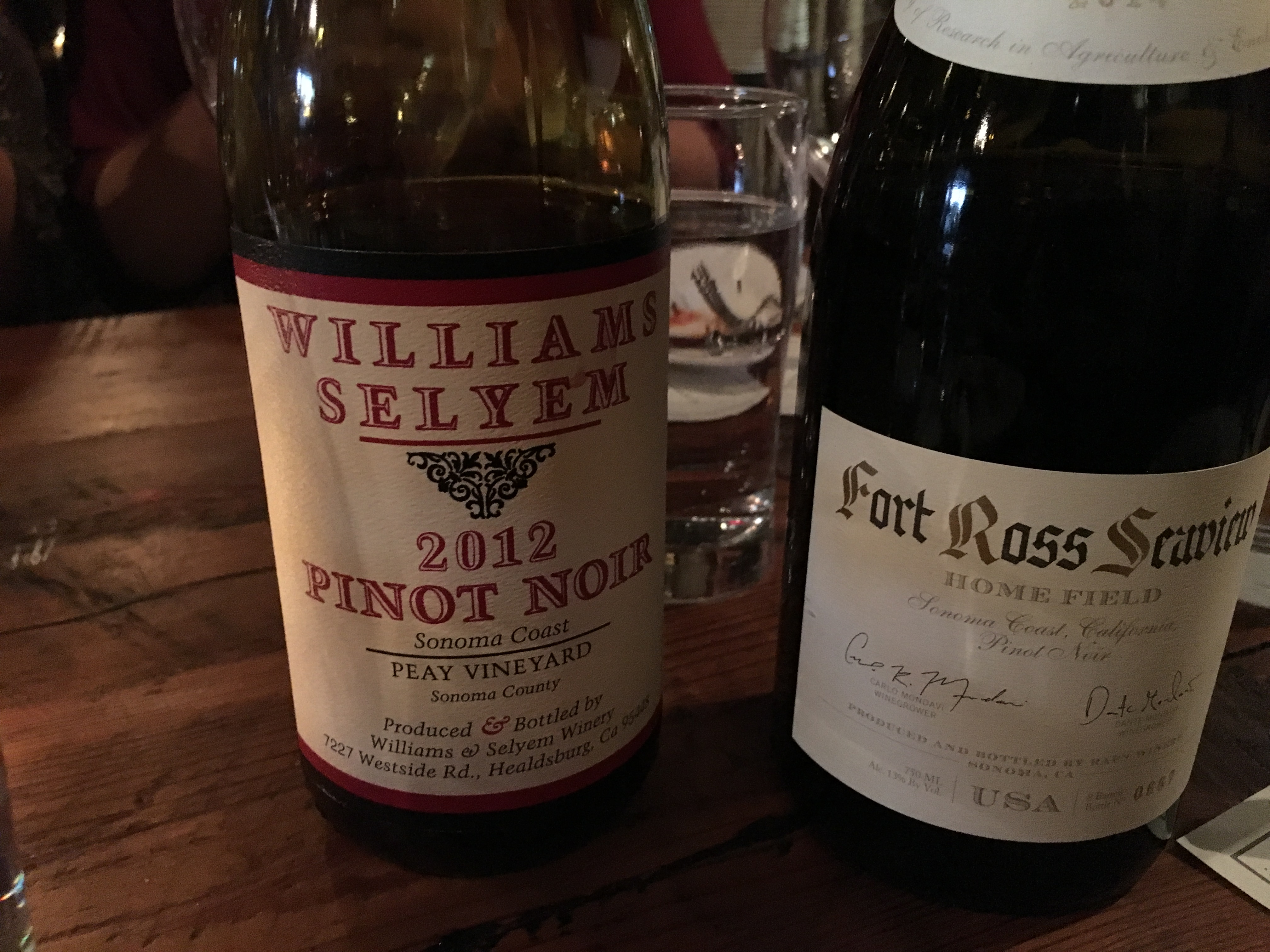