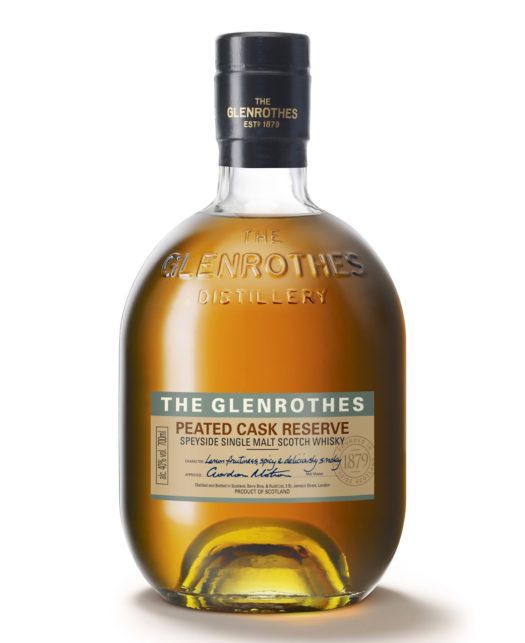 It’s a quartet of Glenrothes single malts today… all part of the new Reserve Collection that Glenrothes formally launched in 2015. These all arrive as new Malt Master Gordon Motion takes over from the venerable John Ramsay.

The first three whiskies reviewed here — Bourbon Cask Reserve, Sherry Cask Reserve, and Vintage Reserve — are each available separately as regular 750ml bottles, or as part of a “tri-set” of three 100ml bottles ($40). The newcomer, Peated Cask Reserve, is available on its own for now. Details on what’s inside each of these bottlings follow, along with a review, of course.

All four are bottled at 80 proof.

The Glenrothes Bourbon Cask Reserve – As the name implies, this whisky is exclusively drawn from bourbon cask-matured spirits from a range of years, though no specific age information is offered. The whisky drinks a lot like you’d expect from a bourbon casked single malt, with fresh grain up front followed by notes of caramel, coconut, chocolate malt balls, and a heavy nut character, both on the nose and the palate. There’s quite a bit of charcoal, tobacco, and scorched hazelnut on the back end, followed by notes of menthol. Again, it’s a classic bourbon-matured spirit, a fine example of the “base” style of single malts — those made without a finishing cask — but nothing that will feel at all unfamiliar to Scotch regulars. B / $50 [BUY IT NOW FROM CASKERS]

The Glenrothes Sherry Cask Reserve – The first all first-fill sherry cask expression from The Glenrothes, matured predominantly in European oak instead of American oak. Again, no age statement; this is a blend of sherry casks of different vintages. It’s not a completely iconic example of sherry cask malt, its orange peel aromas overpowered by notes of almonds and a small touch of mint. On the palate, the citrus finds a natural companion in notes of ginger and baking spice — particularly cloves. The finish is warming and considerably longer than the Bourbon Cask Reserve, quite satisfying as lingering caramel and gentle orange notes are the last to fade. A- / $50 [BUY IT NOW FROM CASKERS]

The Glenrothes Vintage Reserve – This expression is a mutt of a whisky, representing a vatting of a variety of vintages and cask types that includes whisky from each of the following years: 1989, 1992, 1997, 1998, 2000, 2001, 2004, 2005, 2006, and 2007. The greatest proportion of whisky comes from the 1998 vintage. (How refreshingly transparent, eh?) The malt shows off a range of styles, coming together in a nicely balanced fashion. The nose is classic Speyside, as is the attack. Chewy, malty cereals kick things off on the palate before a wave of flavors driven by gentle citrus notes and some cinnamon bun-heavy baking spice arrive on the back end. The body feels a little thin, the finish a bit rushed, but on the whole it presents a balanced, if unsurprising, vision of Speyside. B+ / $50

The Glenrothes Peated Cask Reserve – Like any good Speyside operation, Glenrothes doesn’t peat its whisky, but with this semi-experimental release, the distillery took the Vintage 1992 single malt and gave it a temporary finishing in a used Islay cask. The idea: “to reflect a time in the distillery’s history when it formed an association with the Islay Distillery Co Ltd. in 1887.” The gentle peat on this whisky’s nose is about as innocuous as smoke can get in a peated malt. Here the lick of iodine and coal fire smoke meld quite well with an otherwise lightly sweet body, which offers notes of heather, nougat, and a light lacing of herbs. The finish brings both worlds together with aplomb — it’s got just the right mix of smoky to go with the sweet and smoky — although the whisky’s body is so light on the whole that it ultimately doesn’t leave that much of an impression. See also The Balvenie, which previously released a peated cask expression to high acclaim. B+ / $55 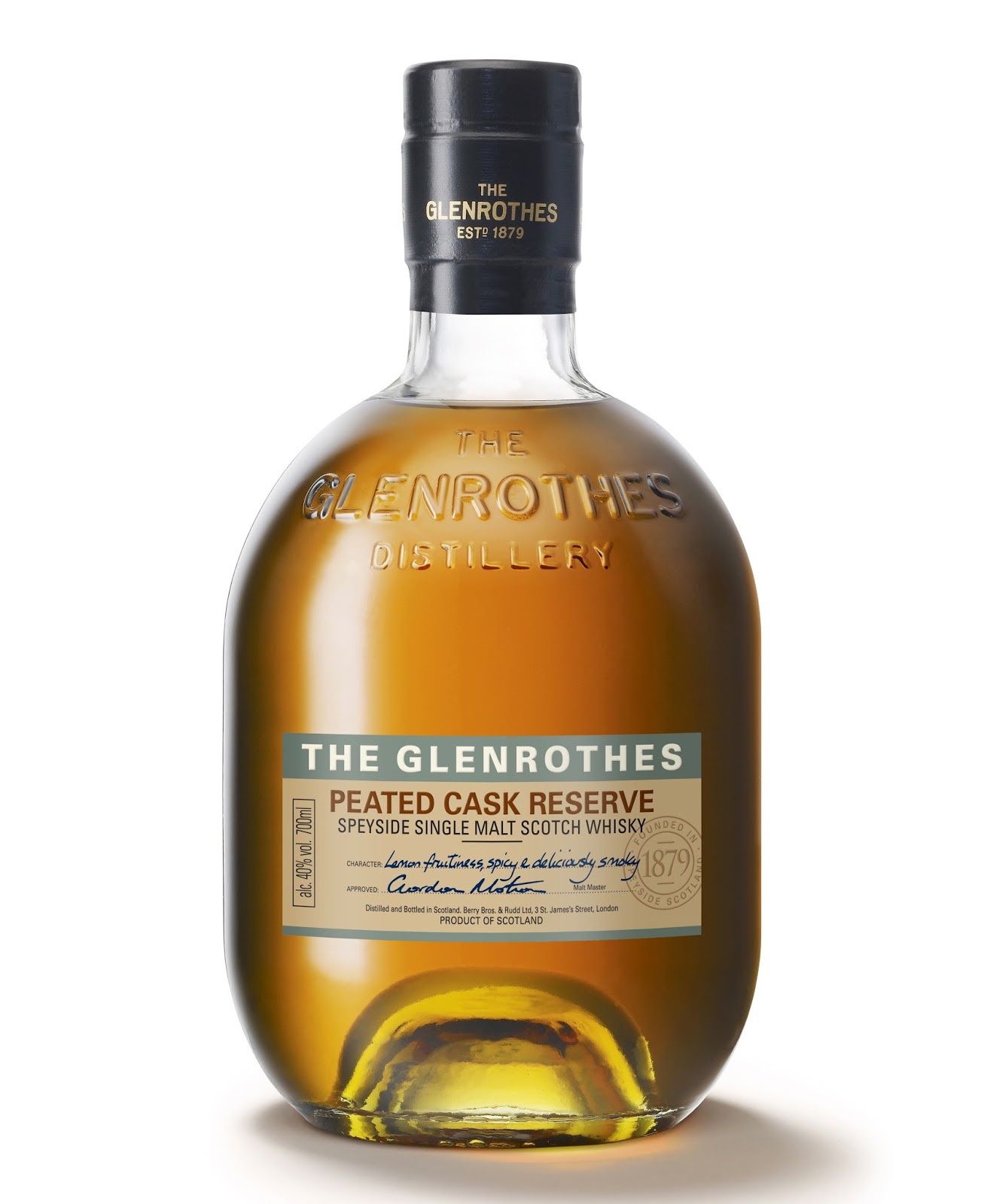 Review: The Glenrothes 2001
Posted in Buy It Now, Rated A-, Rated B, Rated B+, Reviews, Scotch Whisky, Whiskey