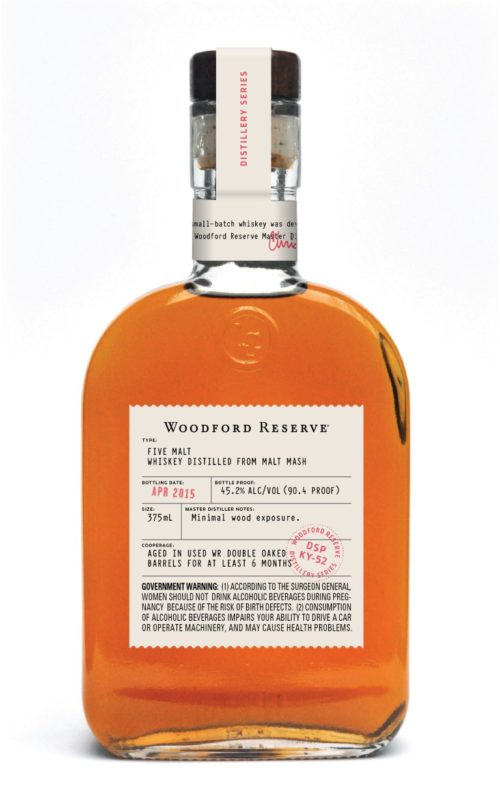 Woodford’s latest Distillery Series bourbon — a limited edition experimental series that doesn’t quite merit Master’s Collection status — is here. “Five Malt” connotes what it is, though the company doesn’t exactly tell you everything:

Inspired by the popularity of micro-breweries to explore malted grains typically used for beers when crafting whiskey, Five Malt’s distinctive flavor profile is established within the grain recipe and aging process. To obtain the desired sensory elements, minimum wood exposure is required. Five Malt is a whiskey distilled from malt mash then aged in recycled Double Oaked barrels for a span of six months resulting in warming malt notes with a coffee flavored finish.

That doesn’t quite tell you the whole story, as it is mute on the identity of the five malts, which it turns out are these:

All five are malted renditions of the grain, of course.

Again, this concoction is cooked up and distilled and aged for all of six months before bottling. In other words, while it’s got a touch of wheat in there, this is effectively a very young single malt, American style.

It fits the part. Master distiller Chris Morris wants us to experience the grain in all its glory here, and damn but you’re gonna get it. Anyone with familiarity with young American malt whiskey will know exactly what they’re getting into before the bottle is ever opened. Intense cereal notes meet a heavy wood influence on the nose — think hard pretzels, heavily charred toast, and coal. The palate offers notes of rye bread, fresh malt, and more of that intensely charred wood influence, with hints of licorice and cloves on the back end.

In other words — there’s not a whole lot to see here, as the finished product is largely indistinguishable from any number of other immature malts aged in new oak. I know Woodford likes to experiment with young whiskeys from time to time, but I also know that this would have been a lot more interesting in roughly 2022. 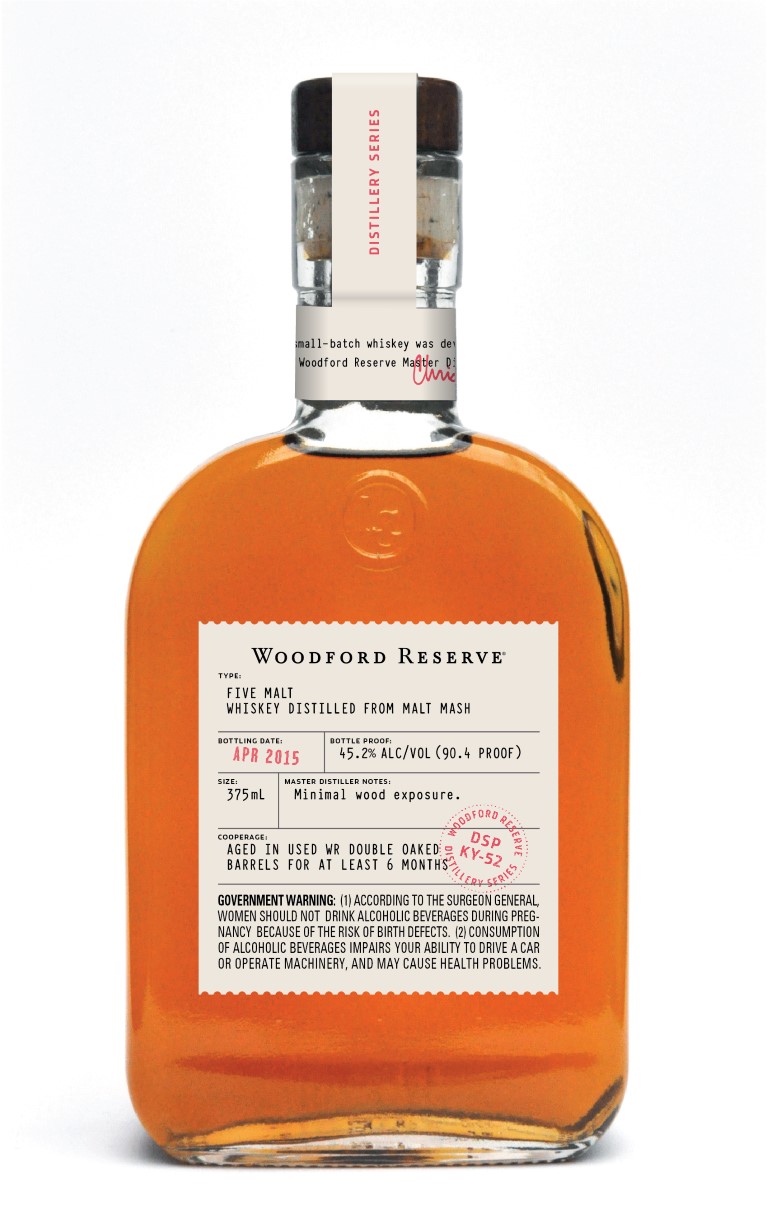