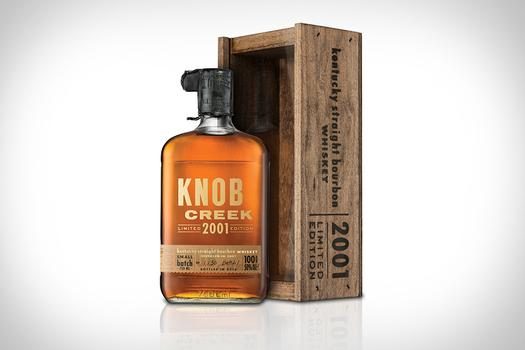 Booker’s Rye isn’t the only special edition whiskey hitting from Beam this summer. Slightly under the radar is another limited edition, a 2001 vintage edition of Knob Creek.

Says Beam: “Started by Booker Noe and now finished by his son, Beam Family Master Distiller Fred Noe, Knob Creek 2001 Limited Edition Bourbon commemorates a significant year for the brand, when the tradition and responsibility of stewarding Knob Creek Bourbon was passed from father to son. This is the first limited release from Knob Creek Bourbon, as well as the oldest expression to-date from the brand.”

This is a 14 year old bourbon — pretty hefty for a brand that is only 24 years old altogether. There are three batches available, each said to be slightly different — batch 1 sweeter, batch 2 woodier, batch 3 somewhere in between. It’s unclear how this is denoted on the bottles, as well as what batch this review sample was drawn from. (As with many limited editions we cover, this is being reviewed from a small press sample, not a full bottle.)

As for this sample, it’s a very lush and lovely whiskey that evokes Knob Creek at its best. As a refresher, rack Knob Creek is 9 years old, but also 50% alcohol — like this 2001 edition. Comparing the two side by side, the 2001 offers a woody nose with hints of cloves, but on the palate it is notably sweeter, with prominent notes of butterscotch, vanilla ice cream, gingerbread, and Christmas cake. More cloves emerge on the finish, which is lightly bittersweet and flecked with cocoa notes.

In comparison, standard Knob is considerably heavier on the wood, with ample winey/Madeira notes. Here those more biting characteristics have mellowed out to let some intense vanilla character really shine through. It’s definitely a whiskey for someone with a sweet tooth (perhaps this is drawn from batch 1?) — but underneath the surface there’s a true depth of flavor to be discovered. 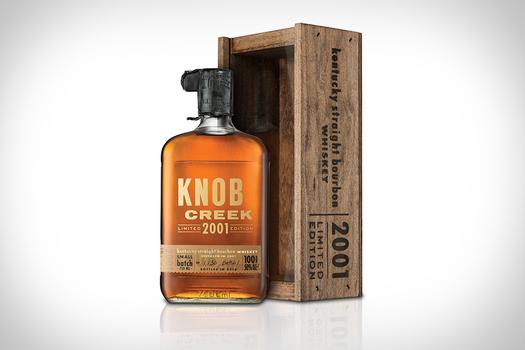 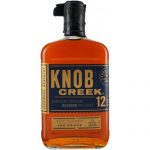