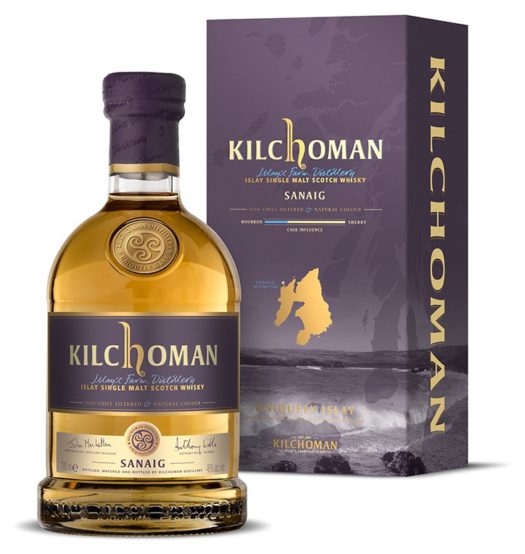 Kilchoman’s second permanent release, following Machir Bay, has arrived. Sanaig (seemingly pronounced sann-ig) is named for an inlet northwest of Kilchoman, and unlike Machir Bay, which is partially finished for a few months in sherry barrels, Sanaig spends a “significant” amount of time in Oloroso sherry hogsheads — reportedly 10 months of its total aging time. Otherwise, no age information is being released — an unusual move for the normally forthcoming distillery.

Let’s see how it compares to its big brother.

Clearly heavily sherried, the nose evokes lemony, at times grapefruit-like, aromas, with a hefty underpinning of peat smoke. The body offers a nice interplay between these two components and provides a better balance than we’ve seen in some prior Kilchoman releases, its salty, briny elements providing a compelling counterpoint to both the citrus and the sweet smoke. It’s the barbecue-like smokiness that lingers for quite some time on the finish… and which has me hungry for ribs. 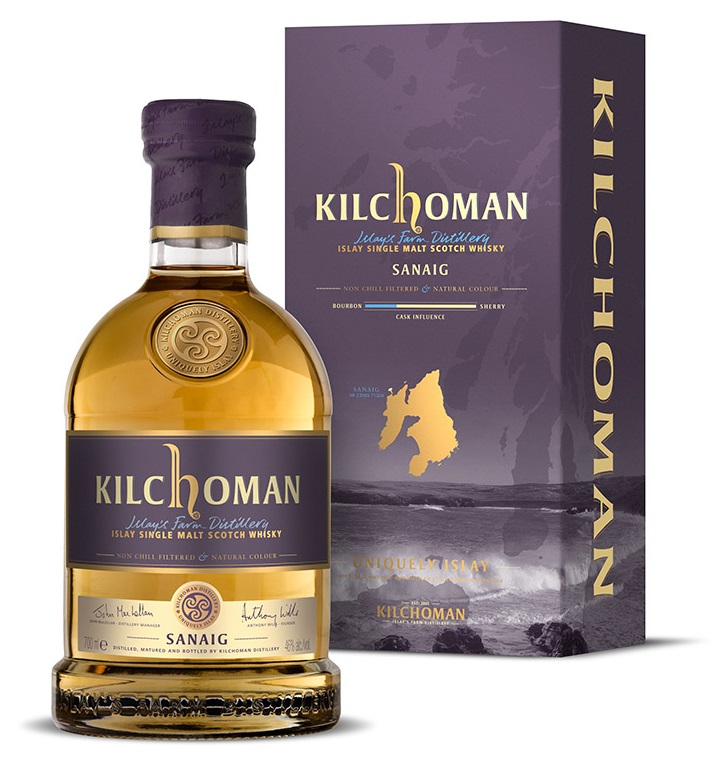