How to Build a Better Bourbon: The Science Behind Buffalo Trace and the Lessons of the Single Oak Project

What better industry could you hope to work in today than the bourbon business? America’s official spirit has never been in better shape. U.S. bourbon sales have risen from 118 million liters in 2000 to 174 million liters last year, and bourbon is increasingly beloved on the global stage. Plus: Free bourbon.

Across Kentucky, quite a few distilleries are taking full advantage of the boom times, doing away with “age statements” on bottles that promise the whiskey inside is, say, “8 years old.” This lets them squeeze out a little more hooch by releasing a younger and younger spirit. As long as the customers don’t revolt, anyway.

So far they haven’t. Prices are going up. Sales show no signs of stopping. 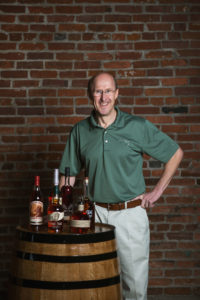 It’s in this comfortable position that one curious man is finding himself increasingly in the spotlight. Mark Brown is the CEO of the Sazerac Company, a mammoth distilling operation that owns 250-some brands, all the way down to bottom-shelf rotgut like Kentucky Tavern and Crown Russe (slogan: “Finest Vodka Made”). It’s junk that pays the bills for Brown’s passion: Buffalo Trace, a beloved, high-end whiskey operation that produces some of the most noteworthy brands in the bourbon business, including the now feverishly demanded Pappy van Winkle.

Unlike most distillery bosses, Brown isn’t a seventh-generation southerner with a century of bourbon in his blood. He’s not even from America at all. Brown was born in 1957 in a tiny town south of London. After a stint behind the bar at his parents’ pub, he moved here in the ‘70s and worked his way up to the top of the 165-year-old Sazerac. He became Sazerac’s CEO in 1997 and a U.S. citizen in 2006.

The lanky, bespectacled, and wildly energetic CEO now oversees an empire of filled whiskey barrels patiently aging in Buffalo Trace’s many rickhouses in Frankfort, Kentucky (and wherever else it has been able to grab some land). Only four years ago, the company had an aging capacity of 350,000 barrels. Now it has space for nearly twice that – and growing – which has Buffalo Trace buying up land and building new, 50,000-barrel warehouses at a rate of one every five months. 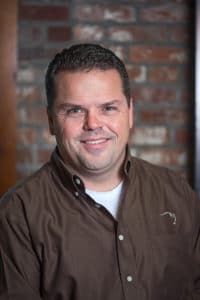 Brown should be coasting, but he’s using Buffalo Trace’s growing coffers not to pad his pockets but to launch one of the industry’s most ambitious scientific investigations into how whiskey should be made. About two years ago, Buffalo Trace formally opened Warehouse X, a tiny brick building with four climate-controlled chambers that the company is using to age whiskey in an environment where every imaginable variable is under the company’s control. Temperature, air flow, humidity, air pressure… everything is monitored by computer and controlled by Buffalo Trace’s master distiller, Harlan Wheatley, the man who convinced Brown to invest over a million dollars into what amounts to an insulated brick shack housing a grand science experiment. Even Brown seems like he’s still talking himself into it, invariably wringing his hands and visibly clenching his teeth when the cost of all this work mentioned (which is often). But he clearly has the bug, confessing to “a nagging doubt that if you aren’t continually improving, you risk someone catching up to you. You can’t rest on your laurels.”

The first experiment being undertaken here is an inquiry into whether light impacts the way whiskey ages in the barrel. Two of the Warehouse X chambers are in 24-hour darkness. One offers full sunlight. One is shaded to 50 percent brightness. (Control barrels sit in the “breezeway” and essentially mimic sitting outside.) It sounds silly. Can a little light shining on an opaque barrel seriously have an impact on the whiskey inside? Just eight months in, Wheatley says that differences between the chambers have already begun show up in the whiskeys – both the changing alcohol level inside and how the spirits taste. The light experiment will run for a total of two years. The results will impact the size of the windows Buffalo Trace builds into its future warehouses.

And that’s just step one. Brown and Wheatley have 20 years’ worth of experiments lined up for the space so far, designed to answer questions like whether a longer fermentation makes for better whiskey years down the road. Or whether staves cut from very old trees make for better barrels (and better bourbon). “I believe the perfect bourbon has not yet been made,” Brown says flatly.

One Bourbon to Rule Them All?

Scientific inquiry isn’t a new idea at Buffalo Trace. An even bigger experiment got its start over a decade ago in the form of the company’s Single Oak Project. At the time, the duo identified seven major variables that might impact how finished bourbon turns out. These range from whether the whiskey uses wheat or rye as a flavoring grain, whether newly-distilled white dog goes into the barrel at 105 or 125 proof, and even whether the wood used to make the barrel was crafted from the bottom half of a tree or the top half of a tree. Buffalo Trace laid down 192 barrels, each one unique, and it has been releasing the finished product to the public over the last four years.

Consumers were invited to weigh in on each bottle’s quality via a website. Over the years, Buffalo Trace amassed more than 5,000 consumer reviews, along with professional critics’ ratings. Last June, the company crunched the numbers – the most delightful big data project ever – and took the five highest-rated whiskeys (excluding bottles that didn’t get enough votes to be statistically valid) through a competitive tasting. A panel of 11 whiskey pros (including this writer) were almost unanimous on the winner. Barrel #80 will be recreated precisely to that barrel’s unique production specifications, then branded as it becomes part of Buffalo Trace’s permanent lineup. It will be ready for release in 2023.

In the meantime, Brown will have to occupy himself with his distillery’s continued, breakneck expansion, plus the mountain of data he’s collected about the SOP. I’ve done some of the work for him in the sections that follow, but Brown is already looking ahead at multivariable analysis of the data, how significant randomness is in an experiment like this, and the daunting concern over whether barrel #80 was a fluke. “I have to forecast eight years’ worth of sales of a new whiskey brand before one bottle is released. How much should I make in year one? 10,000 cases? 20,000 cases?” he asks, and not quite rhetorically.

Such questions don’t have easy answers, but Brown at least has plenty of lubricant to help grease the wheels of inquiry. 25 million gallons of it, actually, all sleeping quietly in his backyard.

What Difference Can (Half) a Tree Make?

Ready to dig into the data of how various production factors impacted consumer opinions about the finished whiskey eight years later? Get ready for some serious number-crunching… 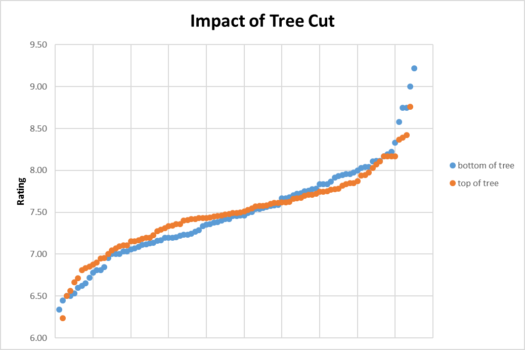 Average ratings weren’t much impacted by tree cut – whether a barrel was made from the top of a tree or the bottom of the tree — but its impact can be seen at the edges of the chart. Good whiskeys were improved by being aged in barrels made from the bottom of the tree, while otherwise lesser whiskeys got worse. Brown hypothesizes that nutrients are more concentrated in the lower parts of trunks and thus have a bigger impact on the whiskey, for better or worse. 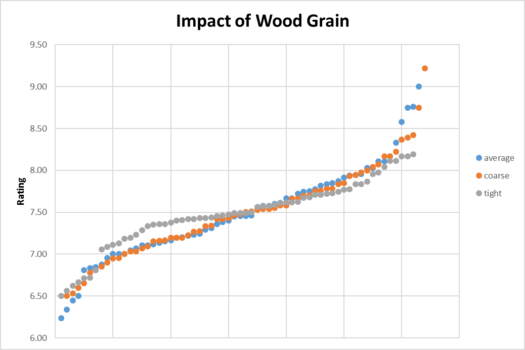 The Best Little Warehouse in Kentucky 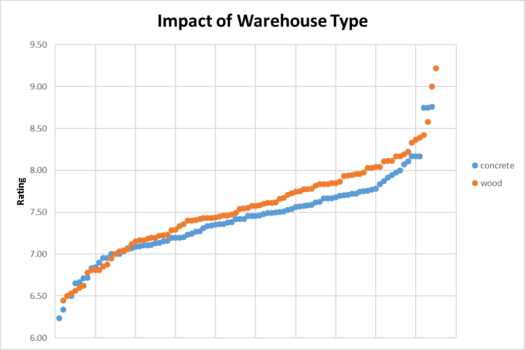 Warehouse design is a hotly debated topic. Newer designs favor buildings largely made of concrete, which have better fire and spill containment features, but older wooden rickhouses – breezier and more susceptible to temperature swings – are still commonly used. While a few top barrels were aged in concrete warehouses (including the winner), by and large, the wooden rickhouses turned out better whiskeys – with an average 1.7% improvement in tasters’ scores. This was the largest single factor affecting average ratings in the entire experiment. 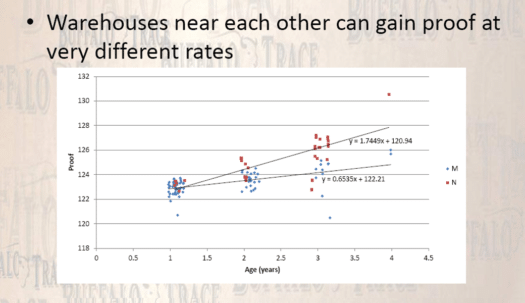 But it turns out even identical warehouses can turn out different spirits. Warehouses M and N are constructed identically, face the same direction, and are situated about 50 feet from each other. But whiskey ages differently in these two environments. After four years, barrels in Warehouse N average 127.9 proof, while those in Warehouse M hit just 124.8 proof. And this spread gets wider with each passing year. The company has yet to explain why this is happening. (This wasn’t a factor in the Single Oak Project, as all the barrels were aged in the same warehouse, but it remains a key issue when you’re dealing with tens of thousands of barrels that, by necessity, have to age in somewhat different places.) 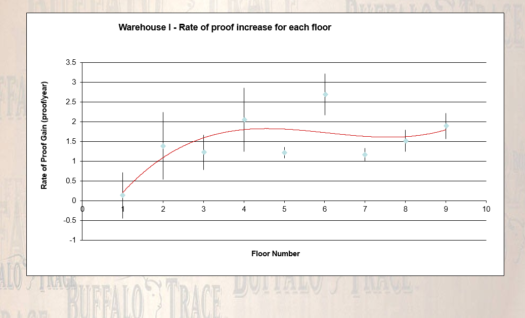 It’s commonly said that higher floors of any warehouse – no matter the design – age whiskey faster than lower floors, thanks to those blazing hot Kentucky summers and the fact that heat rises. Most cult whiskeys, like George T. Stagg, are high-alcohol beasts that can spend over a decade at the tops of these warehouses. But it turns out this isn’t always a linear function. In its nine-floor Warehouse I, Buffalo Trace found that the highest rate of proof increase took place on the 6th floor, followed by the 4th. The company posits that increased air flow on those floors is the reason for the discrepancy. Floor number was not varied in the Single Oak Project. (The prior two graphics are courtesy of Buffalo Trace.)

What’s in a Grain? 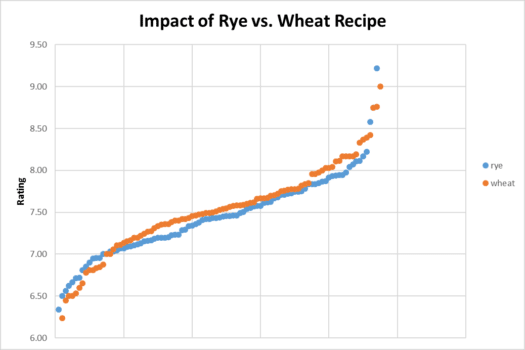 Bourbon is made primarily from corn, but rye and wheat are the two most common “flavoring grains,” used to give bourbon a unique personality. Rye is increasingly popular in the market, but some of the most popular bourbons, including Pappy van Winkle, are wheated. While the top whiskey in the Single Oak Project was made with rye, the trendline shows a surprising, general preference for wheat among consumers.

More Than a Sum of Its Parts

Now here’s an interesting conundrum. We know, for each of the seven categories tested, what the average rating for the various bourbons made using that specific production method was. For each variable, one factor outscored the other(s). For example, we know that wheated bourbons outscored rye bourbons by 0.67%. We know that 105 entry proof bourbons outscored 125 entry proof bourbons by 0.46%. In theory, we can take all of those aggregated, winning attributes and make a theoretically perfect bourbon, which would look like this (the level of improvement over the alternative is in parenthesis for each favor):

This exact whiskey was in fact produced in the Single Oak Project: Barrel #124. Winner it was not. Its composite score was a 6.45 out of 10, which was the fourth-worst-rated whiskey in the entire experiment. That’s a key lesson to be drawn from the data: These variables may interact in ways far more complex than a few spreadsheets can describe.

In contrast, here’s what the winning barrel, Barrel #80, looked like:

Of the seven “ideal” variables, Barrel #80 complied with just four of them.

The ultimate lesson from the Single Oak Project may very well be, just like the old moonshiners used to tell us, that whiskeymaking is more art than science after all. 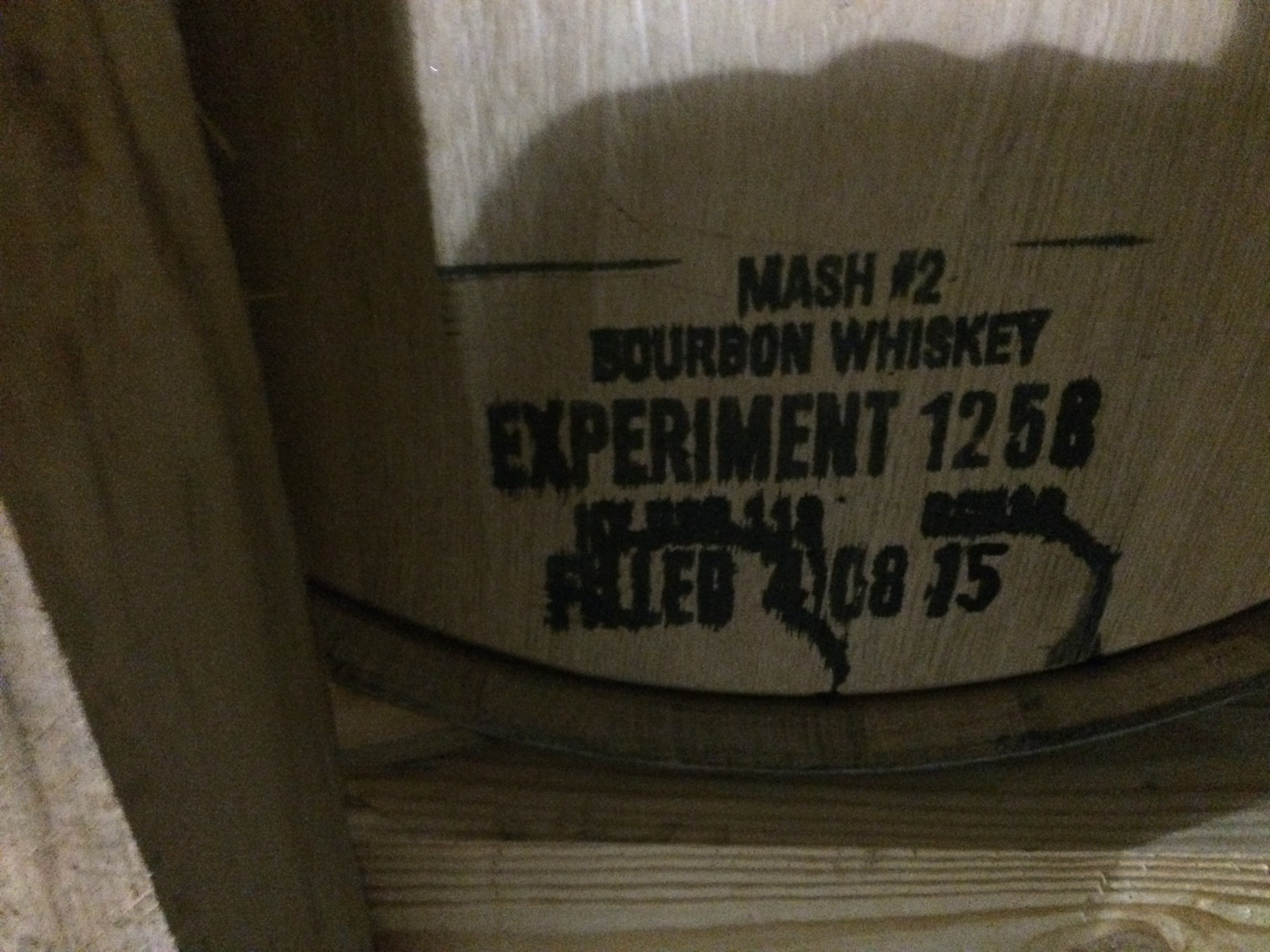