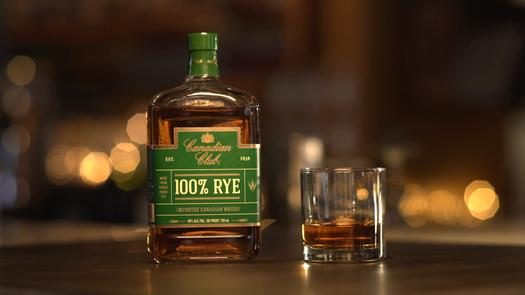 I don’t remember the last time we saw something new from Canadian Club (turns out it was 2011), but with absolutely no warning or fanfare the blender has released a new whisky. As the name fairly freely suggests, it’s 100% rye, produced by the rye giants at Alberta Distillers Ltd.

As a reminder, “rye” whiskey need only be 51% rye (the remainder being comprised of corn and other grains), and rye as we know it tends to be all over the map, mashbill-wise. This bottling is, of course, unadulterated rye, and while there’s no age information offered, we do know it is blended from three different barrel types: new white oak, once-used bourbon barrels, and refill Canadian whisky barrels.

Despite the “100%” moniker, this is an entry-level rye. The nose kicks things off with fairly heavy granary notes, with some brown butter, heavy-char wood, and some darker floral elements. The aroma comes across as relatively immature, lacking in the spicier elements inherent in a great rye.

The palate shows modest improvement, tempering the grain — still considerable — with butterscotch, caramel corn, and notes of burlap. These notes all fade away quite quickly though, finishing the experience rapidly and cleanly. That grainy focus sticks with you however, though not in an oppressive or unsatisfying way. Rather, it serves as a gentle reminder that no matter what grain or grains you put in the mash, it’s the time in the barrel that really matters. 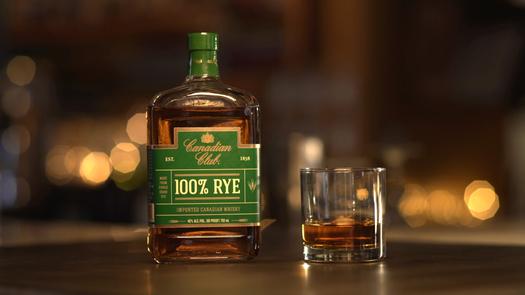