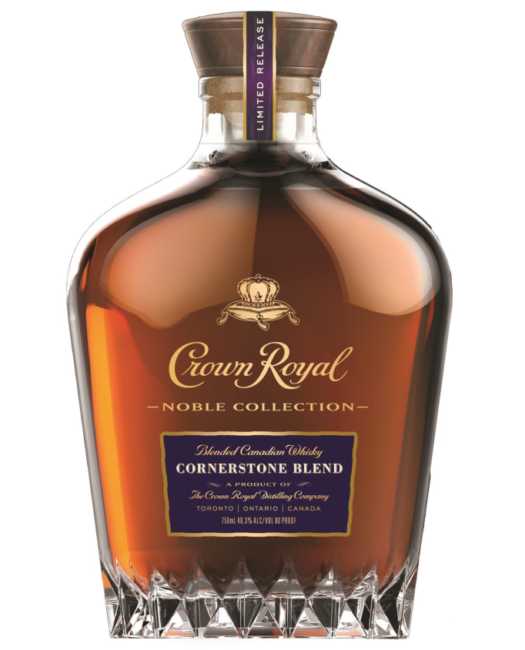 Crown Royal is embarking on a new collection of whisky releases called the Noble Collection. This will be a series of annual, limited releases (no time horizon has been announced), each designed to “showcase Crown Royal’s team of talented distillers and blenders and named for the whisky brand’s noble roots.” (Crown Royal reminds us that the brand originated as a gift for King George VI when he visited Canada in 1939.)

The first installment of the Noble Collection, Cornerstone Blend, is a blend of three whiskies, and Crown Royal has taken the interesting step of actually telling us a little bit about all three of them: a traditional Canadian rye, a rye made using Crown’s Coffey still, and a “bourbon-style Canadian whisky” that is matured in American oak. There’s no additional data on the three whiskies or their proportion in the blend, but that’s a nice start.

I take that back: It’s even better than that, because Crown Royal sent individual samples of all three of the component whiskies for us to check out as well as a sample of the finished blend. Before we move on to the review of the finished product, let’s take a quick look at the trio on their own to see what ingredients we’re working with. (Note: All three samples are cask strength, while the finished blend was brought down to 40.3% abv.)

The Cornerstone rye (111.4 proof) is quite gorgeous, a spicy, toffee-heavy whisky with a long finish of cloves and toasted wood. The Cornerstone Coffey rye (122.8 proof) has some similar characteristics, but is less polished and has a duller profile on the whole, with a heavy grainy character and some flabbiness on its finish. A lot of the character of the finished product clearly comes from this component, which is the least engaging of the trio. Finally, the Cornerstone “bourbon-style” whisky (136.4 proof) is engaging but is almost overloaded with sweetness, featuring butterscotch, cocoa powder, and ample barrel char.

Putting everything together, it’s a bit less than the sum of its parts. Crown Royal Cornerstone Blend is a bit of an odd whisky, punctuating a heavy barrel char character on the nose with briny notes, camphor, and some green olive notes. Sweetness is elusive at first, but shows its face on the restrained palate, which shows off notes of blonde wood, furniture polish, some raisins, and some rye-driven baking spices, including cloves and ginger. The finish is mild and short, in keeping with the greater experience: On the whole Cornerstone is dialed back, way back, a very model of restraint so effective that it’s difficult to get a proper handle on its essence. It’s not a bad whisky, but it comes across as a bit plain, almost to the point of boredom. 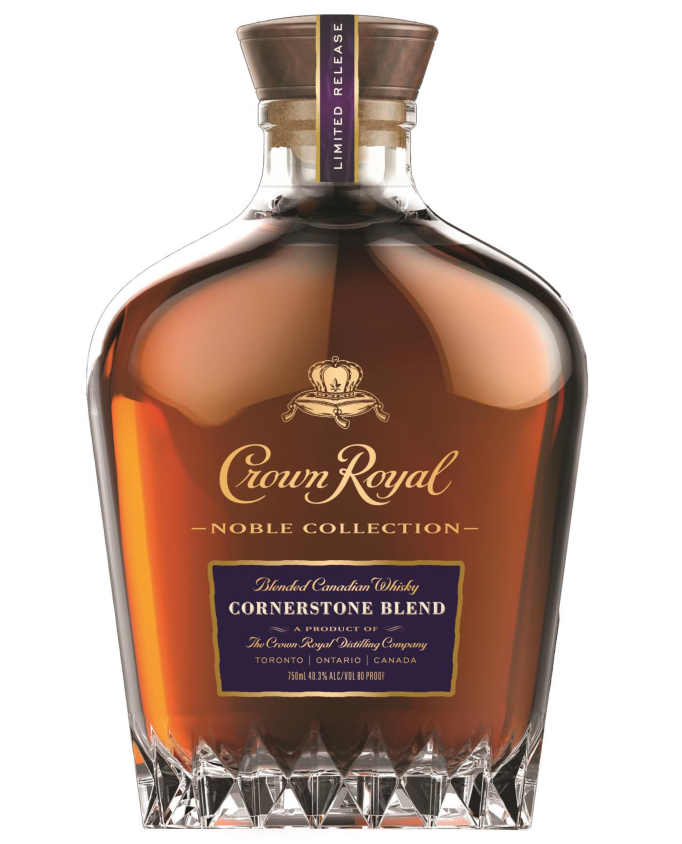