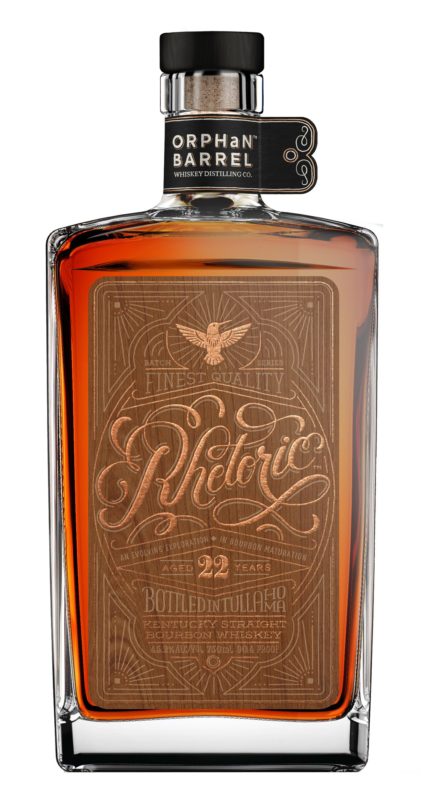 Diageo’s Orphan Barrel project has an ambitious goal with the Rhetoric brand. First released as a 20 year old in 2014, it was further aged and reissued as a 21 year old last year, and as a 22 year old this month. 23, 24, and 25 year olds will be forthcoming through the remainder of the decade.

We have had the good fortune to taste the new release alongside both the 20 and 21… a practice we hope to keep running over the course of the six whiskey releases (supplies in our stock permitting).

At age 22, Rhetoric is showing ample wood — one might say it’s become the primary focus of the bourbon at this point in its life — though the nose backs that up with some aromas of Port wine and a touch of orange peel. On the palate, barrel char and lumberyard hit first, followed by soothing vanilla and toffee notes. Secondary notes run to red fruits, namely raspberries, plus heavy notes of cloves and mint chocolate. This is a quite complex whiskey, with a lengthy finish. There’s ample heat here, which is surprising given that the whiskey is barely 45% abv, but a couple of drops of water help it open up.

Looking back, I like the 21 a bit less now than I did upon last year. It is now showing a bit heavy on winey notes up front, though the lovely brown sugar character that cascades on the lightly woody finish are still working well. The 20 year old is still showing well, with stronger menthol notes and sizable wood character on the finish. 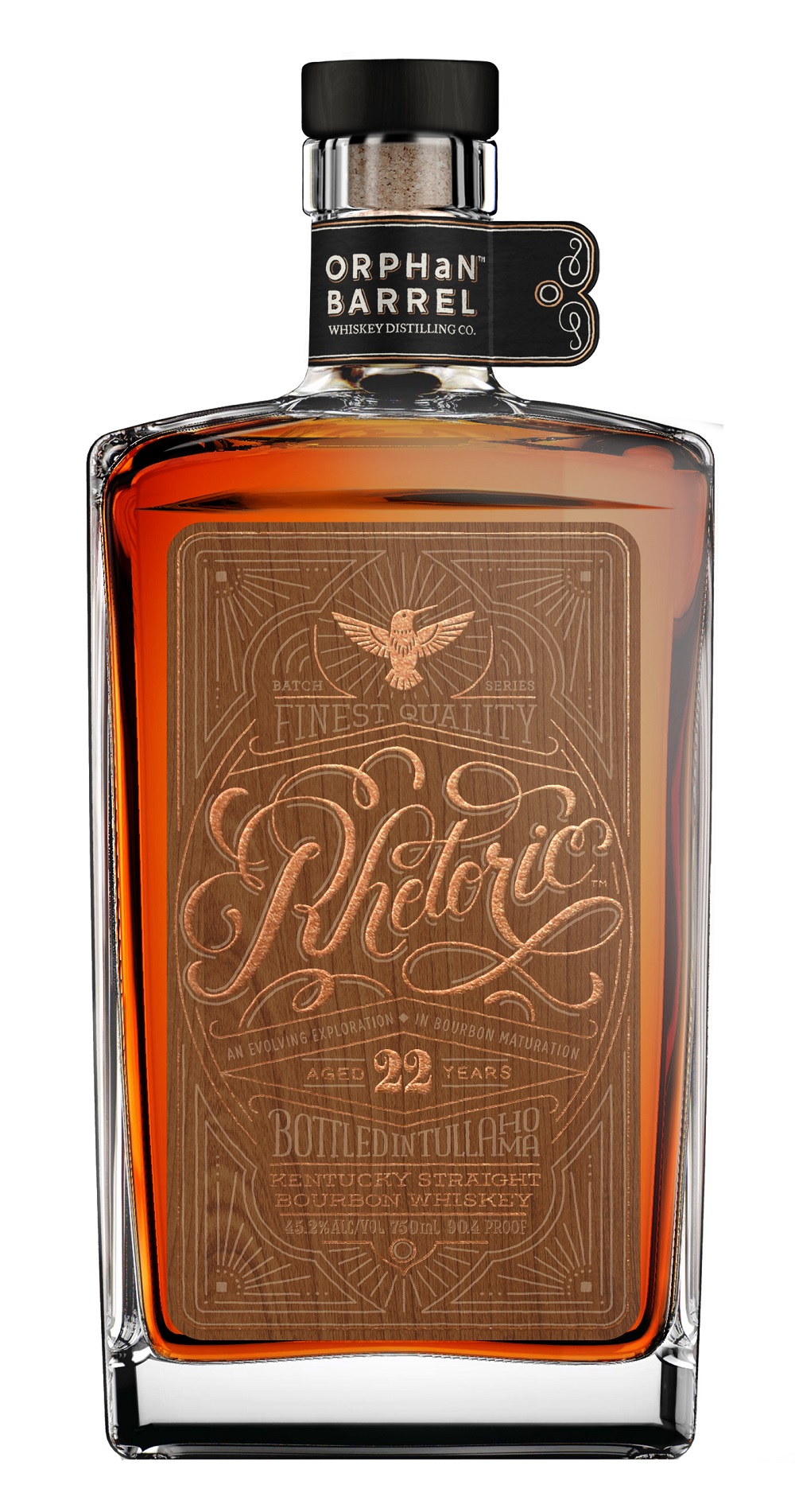