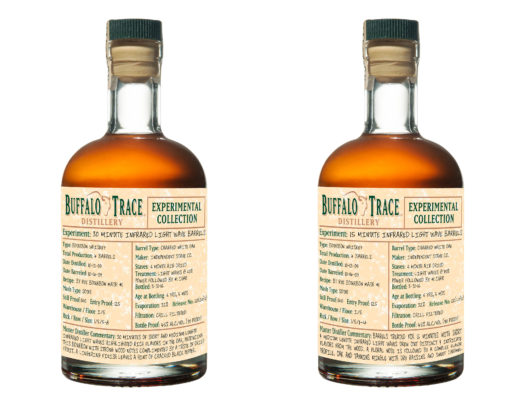 Never one to shy away from wacky experiments, Buffalo Trace’s latest bourbon has gone straight off the reservation. The trick this time? Exposing barrels to infrared light waves before giving them a light char. Eight barrels total were made, four irradiated for 15 minutes, four for 30 minutes.

The full details are wonky and intricate. Here’s the gist direct from BT:

Working with barrel cooper Independent Stave Company in 2009, eight special barrels were constructed. All eight first underwent the same process as standard Buffalo Trace barrels, staves were open air seasoned for six months before being made into barrels.

All eight barrels were aged for 6 1/2 years (notably shorter than many of BT’s other experiments) before bottling at 90 proof.

Does “dry heat” improve barrel quality over traditional flame-charring? It’s time to taste these experiments and see if the Trace was on to anything.

Buffalo Trace Experimental Collection – Infrared Light Wave Experiment 15 Minutes – A quiet whiskey, with a nose of brown sugar, butterscotch, and honeysuckle flowers. The palate is a bit bolder than the nose would indicate, slightly nutty with some nougat-flavored sweetness. The wood influence is mild but not absent, making for a gentle and pleasant, if unremarkable, finish. B

Buffalo Trace Experimental Collection – Infrared Light Wave Experiment 30 Minutes – Theoretically these barrels should have more of a wood influence, and that’s evident from the start. The nose has a stronger presence, with heavier spice notes — cloves, mainly — plus a distinct almond character. The body is bolder, the palate richer with more baking spice, solid nuttiness, and some brown butter notes. Hints of raisin and dried figs emerge with time, with the finish echoing those baking spices. The influence of wood is omnipresent here, but it never comes across with dusty lumberyard notes. Rather, there’s a gentle vanilla component that layers itself over the full experience. This is a better whiskey than the 15 minute version, with a better developed nose and body. B+

Did Buffalo Trace strike gold with this infrared treatment? The process doesn’t seem to hurt, but my rough analysis based on these limited samples is that it’s no replacement for good old flame-charred barrels and didn’t really seem to add anything to the finished product. As gimmicks though, it may not be a new killer treatment for whiskey barrels, but at least its impact seems to have been mostly harmless (which is better than can be said for some experimental processes). 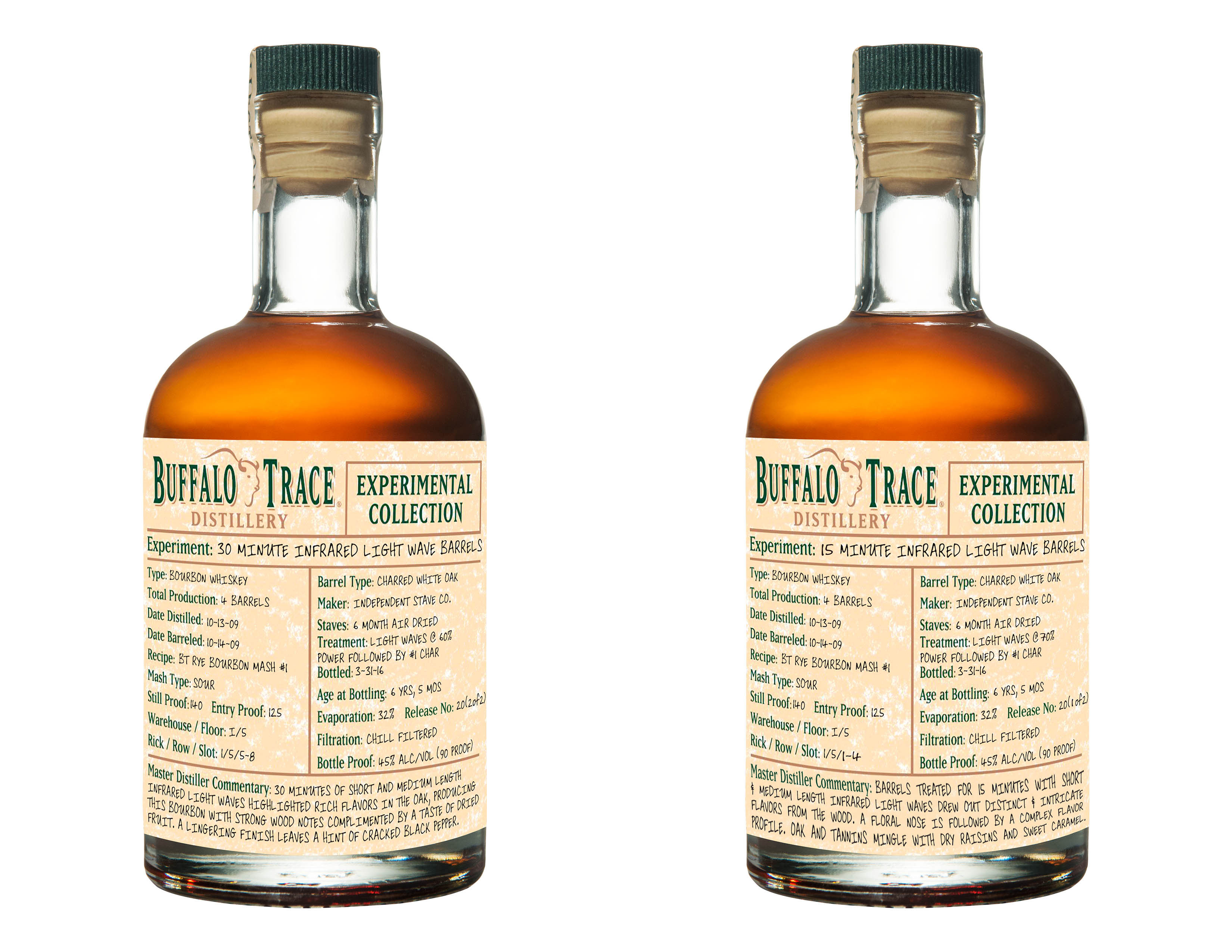