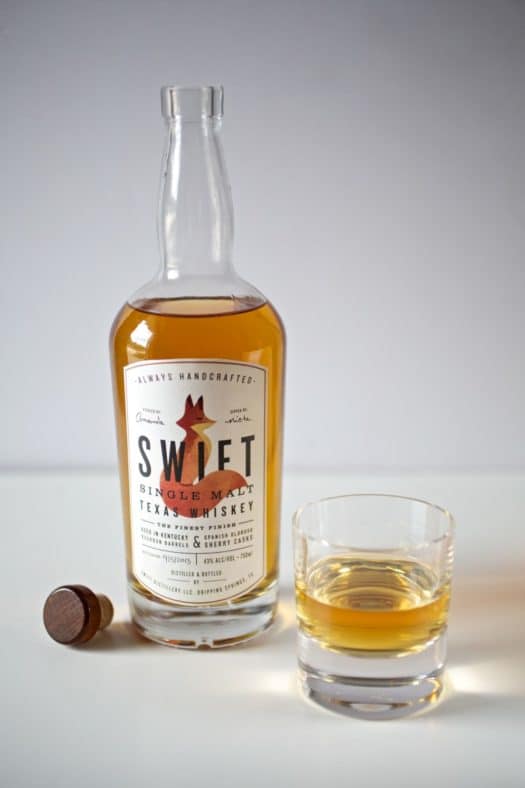 Swift is a new entry into the burgeoning Texas craft distilling industry, a region which is particularly enamored with malted barley rather then the more typically American corn and rye.

The latest single malt to cross our path comes from Swift, a husband and wife team with a distinct and particular goal: To replicate Scotch whisky as closely as possible, just in Texas.

Swift starts with Scottish malted barley, which is shipped to Dripping Springs, Texas, where it is made into a mash and fermented. Two distillations take place in a copper pot still, then the whiskey is aged in bourbon barrels and finished in Oloroso sherry barrels. There’s no age statement per se, but Swift does include the date of distillation on each bottle. This one was from a batch distilled just about two years ago (as of the time of this writing).

Let’s give this whiskey a go.

There’s a slight haze to it — Swift doesn’t mention filtering its whiskey — and the color is a very light gold, clearly youthful but not overwhelmingly so. The nose is gentle, with notes of caramel corn, sandalwood, and some dried herbs. On the palate, it’s a youthful experience, with notes comprising gentle caramel, coconut husk, and a lick of smoke. The sherry barrel influence bubbles up in time, with an orange peel character becoming evident for a bit before the finish arrives. The conclusion offers some winey character followed by a return of somewhat malty, grain-forward notes to end the experience.

In attempting to recreate Scotch on Texas soil, Swift has been remarkably successful. I’d say two years in ultrahot Texas are roughly the equivalent of five in chilly Scotland. It’s a terrific start… but oh, what I’d give to see Swift at the age of six. 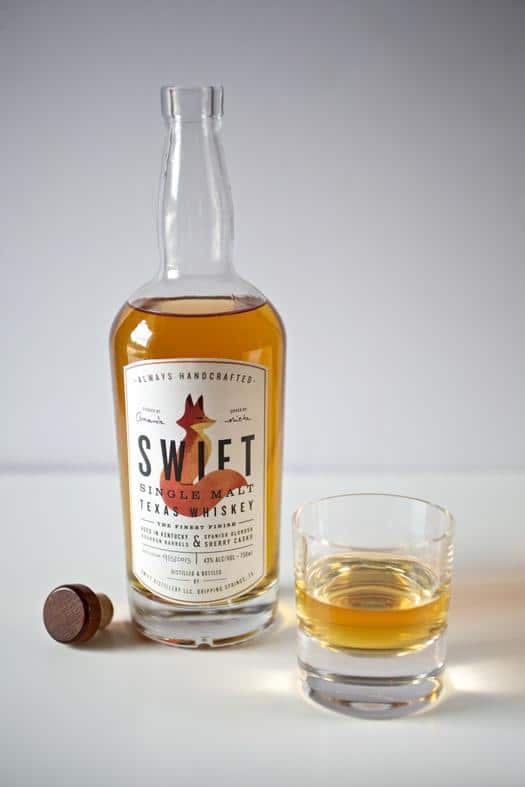