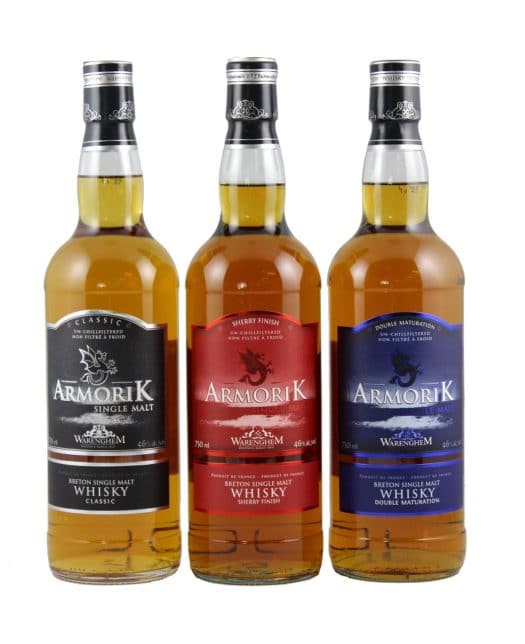 It’s been five years since we last checked in with Armorik, a single malt whisky producer in Brittany, France. Its lineup has been radically revamped and updated, with numerous new expressions hitting the market in the intervening years. The 80 proof expression we reviewed in 2011 is no longer produced under that name, but you can still get it as “Armorik Original Edition” if you are interested.

Among the changes: a stronger use of sherry, locally-sourced wood, and, most notably, increasing the alcohol level to the current 92 proof (which is the abv at which all of the below are bottled). Today we look at three of the company’s expressions that are now available in the U.S. Thoughts follow.

Armorik Breton Single Malt Classic – A marriage of spirits aged in sherry and bourbon casks, representing a variety of ages. Herbal and slightly floral on the nose, with notes of flamed orange peel. On the palate, it offers a classic single malt composition — ample malt, honey and vanilla sweetness, roasted nuts, and a bit of cocoa. The finish is a touch astringent and youthful with some green notes, but approachable enough for an everyday dram. B / $50

Armorik Breton Single Malt Sherry Finish – While Armorik Classic is a blend of whiskies matured in either bourbon or sherry casks, all the whisky in Sherry Finish spends time in both — first bourbon casks, then sherry casks for a few months of finishing. This whisky doesn’t come across like your typical sherry finished spirit, offering caramel, barrel char, and coffee notes on the nose. The palate is a bit mushroomy, with overtones of charred bread, more barrel char, and a heavily malty finish. The sherry just doesn’t make much of an impact at all here, either because it doesn’t spend enough time in those barrels, or because they’re spent from too much reuse. B- / $60

Armorik Breton Single Malt Double Matured – A somewhat unique whisky, Double Matured starts not with bourbon casks but with casks made from wood cut from Brittany’s forests. After “many years” in these casks (used or new is not stated), the whisky is then transferred to sherry casks for finishing. Though there’s still no age statement, the whisky inside on average is likely a little older. Age comes across on the nose, which provides a more complex and intricate experience right away, with notes of cloves, menthol, and sherried fruit. The body is nuttier and richer than the Classic, with a heavier (but surprisingly balanced) wood component. The whisky finishes strong but doesn’t overpower, the ultimate impact being something of a hybrid of a single malt and an American whiskey. Interesting stuff, worth exploring. B+ / $60 [BUY IT NOW FROM CASKERS] 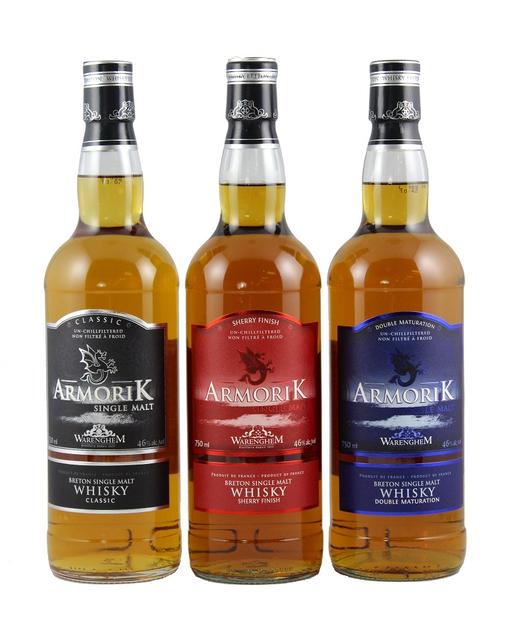