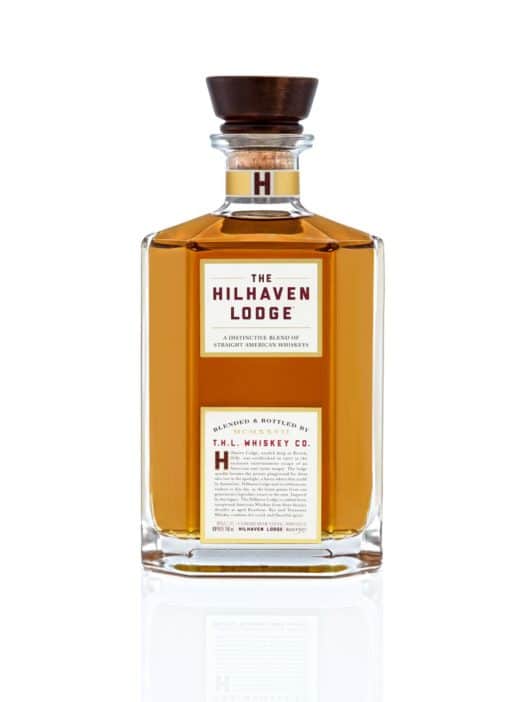 The Hilhaven Lodge is a funny name for a whiskey. That’s because the name also belongs to a home in Beverly Hills. It’s been part of Hollywoodland since 1927 (Ingrid Bergman owned and James Caan rented it at one point) and is now owned by director Brett Ratner, best known as the director of Rush Hour. What does Ratner have to do with whiskey? Not much — except that, like most of us, he’s a big fan.

Ratner obviously had enough credibility to get a deal with Diageo, and together they blended up a wacky new whiskey. It’s a marriage of “three different styles of whiskey spanning three decades – bourbon from the 2000s, Tennessee whiskey from the 1990s, and rye whiskey from the 1980s.” If I’m reading that correctly, then there is some whiskey in here that’s at least 27 years old — all for 40 bucks.

That said, the producers don’t offer any more specifics than the above (including provenance, proportions, mashbills, or aging specifics). The whiskey however is bottled at Stitzel-Weller and is currently available in California and Florida. (Also of note, a 2015 trademark lawsuit between Ratner and Heaven Hill went in favor of Ratner, and a trademark for Hilhaven Lodge was granted.)

Rye-bourbon blends are becoming increasingly popular, but adding in some Tennessee whiskey, too? That’s definitely a new one. Anyway, let’s give this oddball blend a taste and see what the director of Hercules, starring Dwayne Johnson, knows about whiskey, shall we?

On first blush, it doesn’t come across as particularly old, though the nose is loaded with dessert-like notes, including butterscotch, vanilla, and nougat. Some drying, rye-driven spice emerges with time in glass along with a curious and unusual, seaweed-like maritime note.

The palate is dominated by all of the above, but the body is quite light and feathery, a bit of char coming forward at times, with ample caramel notes throughout. Moderately fruity as the finish develops, it’s lively with apple, banana, and just a hint of tropical character — but in the end, it’s some leathery, wood-heavy notes that fade away last, leaving the palate a bit dry but, to be honest, ready for another round.

Despite the exotic blend, Hilhaven Lodge drinks primarily like a bourbon — a solid one, but a rather plain one, to be sure. That said, given its approachable price and solid construction, it’s hard not to recommend whiskey fans at least give it a go.

Update: Discontinued as of November 2017 due to sexual misconduct claims against Ratner. 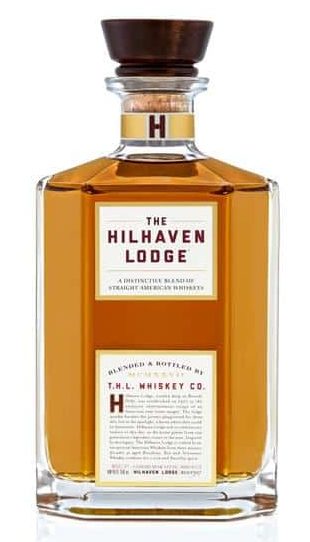