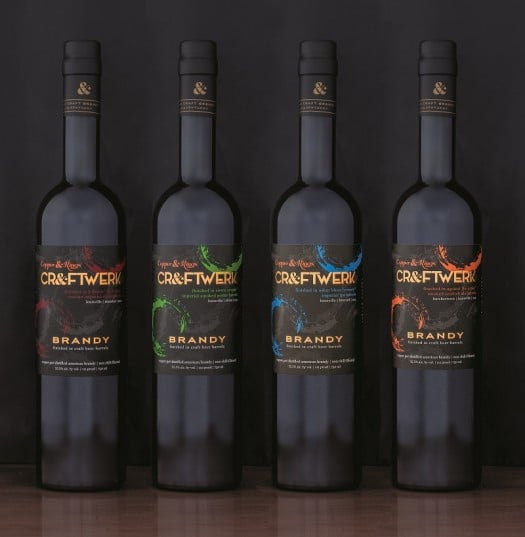 American brandymaker Copper & Kings is up to something wild with this line of four new brandies, each of which is aged not in old bourbon barrels or new oak but rather barrels that come from craft beer companies. Each of these four bottlings spends 12 months in a different beer barrel; the resulting brandy bears the name of the brewery on its label.

We sampled all four of these unique spirits. Thoughts on each follow.

Copper & Kings CR&FTWERK 3 Floyds “Dark Lord” Russian Imperial Stout – Munster, Indiana’s 3 Floyds provides stout barrels for this experiment. Immediate notes of chocolate and cloves arrive on the nose — there’s definitively the essence of a stout here — along with a significant and dusty wood influence. This expands on the palate, eventually becoming almost overwhelming. I like the slightly smoky, sweet-and-savory notes on the nose considerably more than the palate, but both make for an interesting spin on brandy — something that feels like what Kentucky would come up with if you gave them a pot of molasses to work with. B

Copper & Kings CR&FTWERK Sierra Nevada Smoked Imperial Porter – Straight outta Chico, California, C&K uses a smoked porter from Sierra Nevada instead of the expected IPA. This brandy exudes a strong nuttiness alongside some chocolate notes. Although the nose is restrained, the body showcases more flavor, a stronger focus, and a better balance than most of this field. Cocoa-dusted walnuts, some juicy raisin notes, and a hint of baking spice give this brandy some real staying power — and a character that feels closer to a real brandy than some of the other expressions here. A-

Copper & Kings CR&FTWERK Oskar Blues “G’Knight” and “Deviant Dale’s” Imperial IPA – This brandy spends time in two different types of IPA barrels from Oskar Blues’ Brevard, NC facility. I was skeptical that a bitter, hoppy beer like an Oskar Blues’ IPA would be a good companion to brandy, and I was right. This combination doesn’t work all that well, kicking things off with a sweet and spicy attack that is almost immediately dampened by a hugely bitter, earthy element. As it evolves on the tongue, that bitterness becomes overwhelming and enduring, sticking to the back of the throat with a fiery and vegetal character that comes together with a character akin to fresh cigarette ash. Water is an absolute must with this one.. C-

Copper & Kings CR&FTWERK Against the Grain “Mac Fanny Baw” Peated Scottish Ale – Finally, it’s a peated Scottish ale from Louisville, Kentucky whose barrel is the final vessel for this brandy. Peat and brandy didn’t sound like a natural fit, but on the nose this brandy gives up few clues about how it will all come together. The aroma is at first hard to place, offering a variety of herbal notes that evoke an aged gin more than a brandy. The body is a bit whiskeylike, but unlike the more bourbon-like Dark Lord expression above this one is by way of Islay as you might expect (and hope). That doesn’t entirely correspond to a perfectly balanced body, the smokiness of the peat playing somewhat unhappily with the base spirit, giving the ultimate combination something closer to an essence of rotting fruit and some raw vegetal notes. C+ 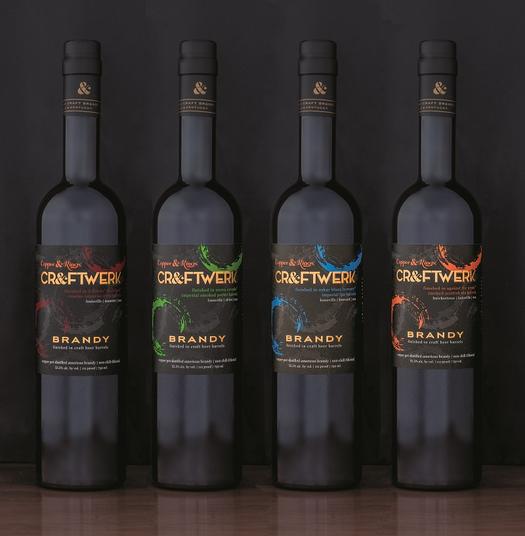