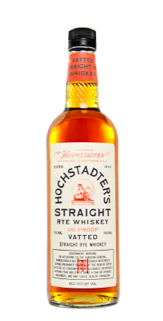 Light and fragrant, this is one of the prettier ryes you’ll find on the market. The nose offers notes of pink flowers, caramel, and rye-heavy cloves, some chocolate, and just a touch of barrel char.

On the palate, the whiskey adds apple fruit to that caramel, sweet and tart, with just a bit of heat on the back end. Baking spices endure on a lengthy but soothing finish — the whiskey never comes across as overpowering or overblown. Rather, gentle florals continue to waft into your nostrils as the denouement reaches its conclusion, an appropriately gossamer conclusion to one of the best little ryes I’ve seen in a long time.