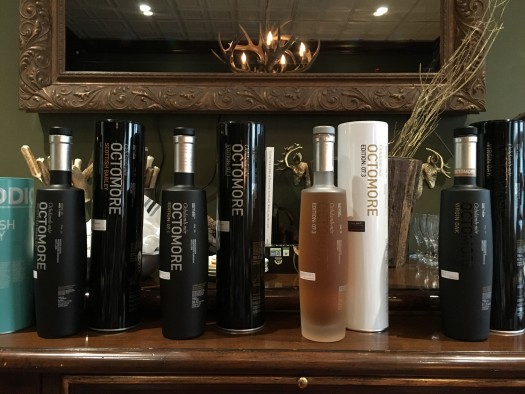 When Jim McEwan left Bruichladdich last year after 50 years in the business, many wondered how a legend like McEwan could be replaced. The answer: You can’t, really, but the Islay distillery’s Adam Hannett is on his way to filling some mighty big shoes.

Hannett recently visited San Francisco as part of a U.S. “get to know ya” tour, and he brought with him a collection of Bruichladdich’s Octomore releases, including three from the Octomore 7 line. Among those is Octomore 7.4, the first “.4” release in the line (more on that later) and Hannett’s first solo release since McEwan’s departure.

The distillery world is full of nice guys, and while Hannett is one of the nicest I’ve met, he’s also full of big ideas, like the recent announcement that, in the name of transparency, customers will soon be able to look up the complete provenance of their Bruichladdich bottles online — even NAS releases. At SF’s Wingtip, we walked through the three latest Octomore 7 releases, plus a couple of whiskies for comparison. 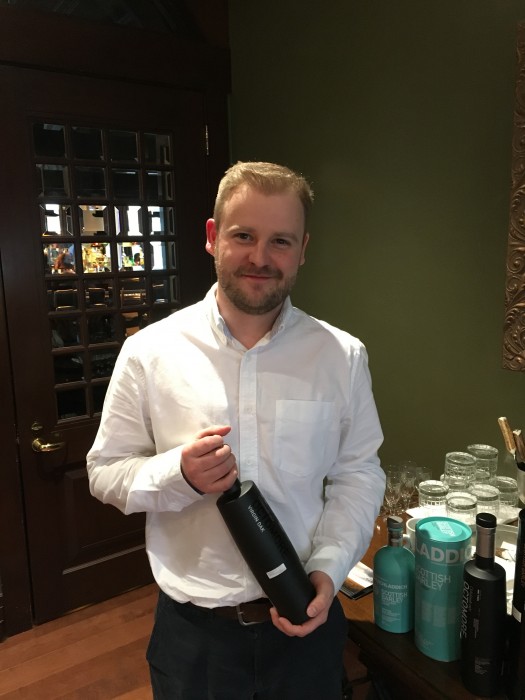 Bruichladdich The Classic Laddie – “Classic” for a reason, this sweet whisky offers notes of granulated sugar and gentle notes of grain wafting in and out. Impossibly good, it’s one of my favorite “everyday” malts, Hannett says he chalks up the gentle, oily body to the slow distillation it undergoes. A

Bruichladdich Octomore 6.1 – Last year’s release (5 years old, all ex-bourbon barrel) remains a classic, strong peat on the nose (at 167ppm) that offers intense citrus once you dig into the body. The finish is clean and fruity, with layers of smoke on top of everything. I’m really digging the structure and balance today. Perfect at 114 proof. A

Bruichladdich Octomore 7.1 – This new release (also a 5 year old, ex-bourbon bottling, as all the .1 releases are) is a bit hotter, with much more peat at 208ppm. It doesn’t come across heavily on the nose, where sweeter notes prevail. The body offers chocolate and caramel, and then the smokiness takes hold, leading to a heavy, petrol-laden finish. This rubbery note lingers for a while. Quite a counterpart to the sweeter 6.1. 119 proof. A-  [BUY IT NOW FROM CASKERS]

Bruichladdich Octomore 7.3 –.3 signifies an “all Islay” release. This year’s spends 5 years in bourbon cask, with a little Spanish wine cask included. Earthy and maritime notes explode on the nose — a true essence of Islay aroma — the body is clean and uncomplicated, offering fruit and grain together, with a distinct chimney smoke finish. 169ppm, 126 proof. A-

Bruichladdich Octomore 7.4 – The newest Octomore is the first in the x.4 line, which signifies the whiskey was aged in virgin oak casks instead of refills. Unlike other Octomores, which are generally 5 years old, this release spent 7 years in toasted French oak, laid down in 2008. (Of that, 25% was virgin oak and 75% spent three years in first-fill ex-bourbon casks then two years in virgin oak casks, then two more years in first-fill bourbon.) It’s quite a departure from other Octomore releases, and the intense grain and lumberyard notes immediately reminded me of younger American single malts, which are also generally aged in new oak, a la bourbon. Malt always struggles with new oak, but the heavy peat at least gives Octomore 7.4 some legs to stand on. After seven years, the grain notes have tempered only slightly, but the smoky character gives that something to play again. The finish offers notes of chocolate and gentle candy-like sweetness. It’s a whiskey that is initially a little off-putting but which definitely grows on you over time. Definitely a series to keep an eye on. 167ppm, 122.4 proof. B+ 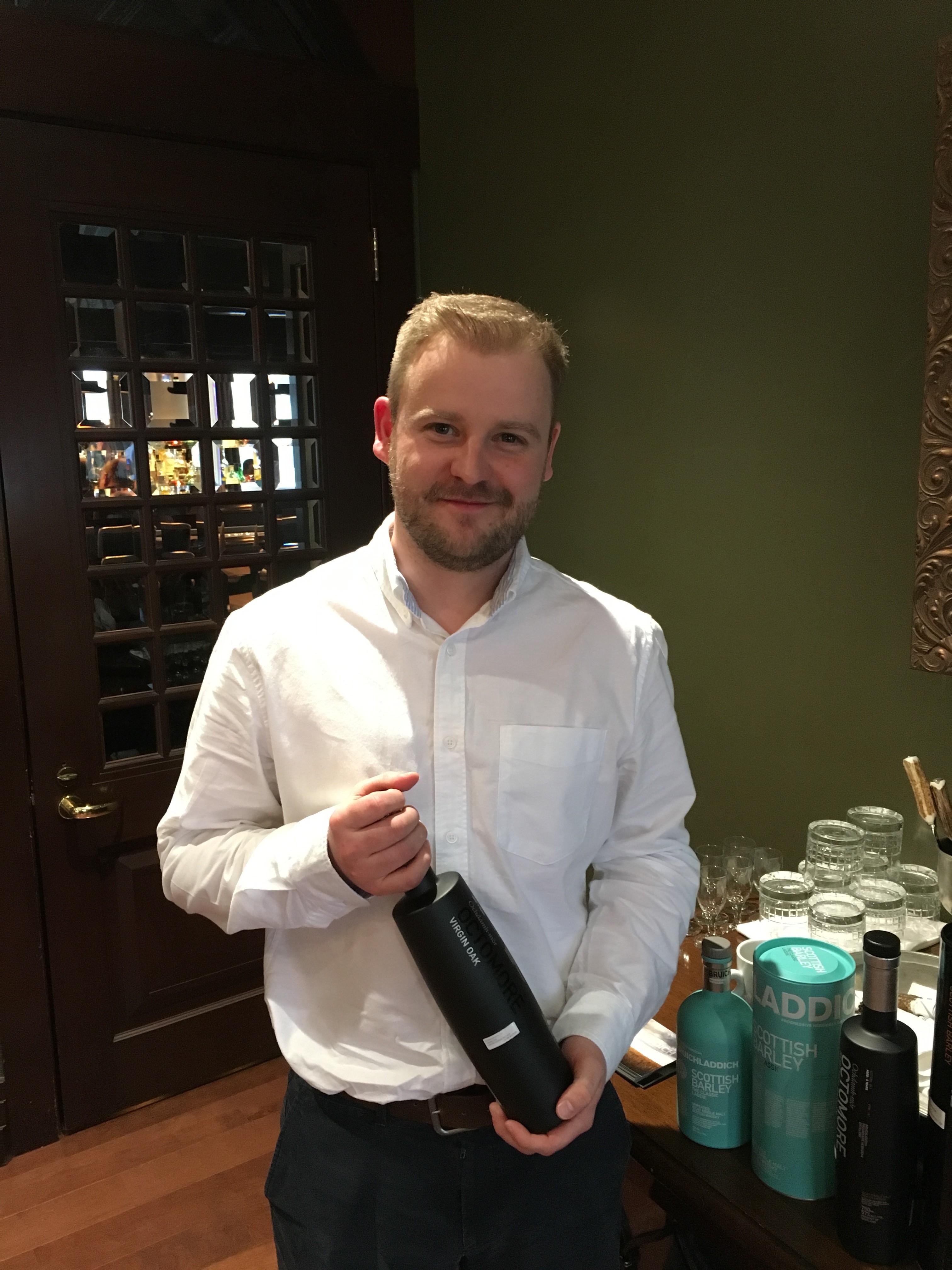