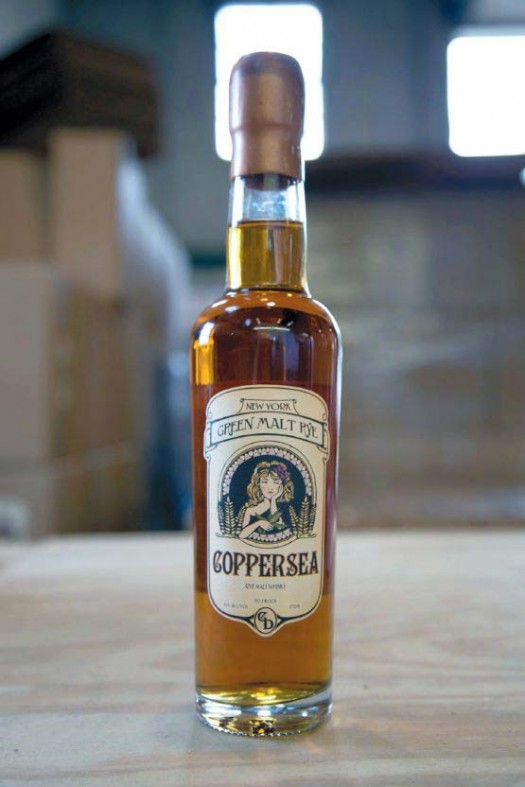 Coppersea, based in upstate New York, has been on a real tear lately with a flood of new (and very young) whiskey releases, running the gamut of American styles. Today we’re looking at three of them.

Coppersea New York Corn Whisky – 80% corn, 20% malted barley, aged at least six months in a variety of second-fill bourbon, brandy, rye, and wine barrels. Powerful with grain and popcorn notes, with overtones of coal fire and sawdust. Green and weedy on the finish, with intense maltiness. Meant to be a throwback to ye olde days, but it has very little charm. 96 proof. C- / $70

Coppersea New York Green Malt Rye – 100% Hudson Valley rye malt (malted on Coppersea’s own malt floor), aged 7 months in new oak barrels. The nose is loaded with exotic incense, anise, and Asian spices, some menthol, and a slight rubber character. On the palate things settle down fairly nicely into a quite spicy groove. The base grain doesn’t stray far from the tongue, but it’s tempered by notes of cloves and rose petals. On the finish another flick of anise finds a companion in more toasty grain notes. 90 proof. B / $94 (375ml)

Coppersea New York Excelsior Bourbon – 55% corn, 35% rye, 10% malted barley, aged under one year in new American white oak barrels. Very grainy (though not terribly corny) on the nose, the whiskey offers lengthy barrel char aromas as well. On the palate, there’s surprisingly little going on, including some emerging sweetness that comes across on a slightly chalky texture with hints of graham crackers and sugar cookies. Again there’s the wood influence and youthful grains on the finish, with some gentle sweetness to temper the experience. 96 proof. B- / $110 [BUY IT NOW FROM CASKERS]

Update 4/22/2016: Several errors regarding Coppersea’s production methods have been corrected in this post. 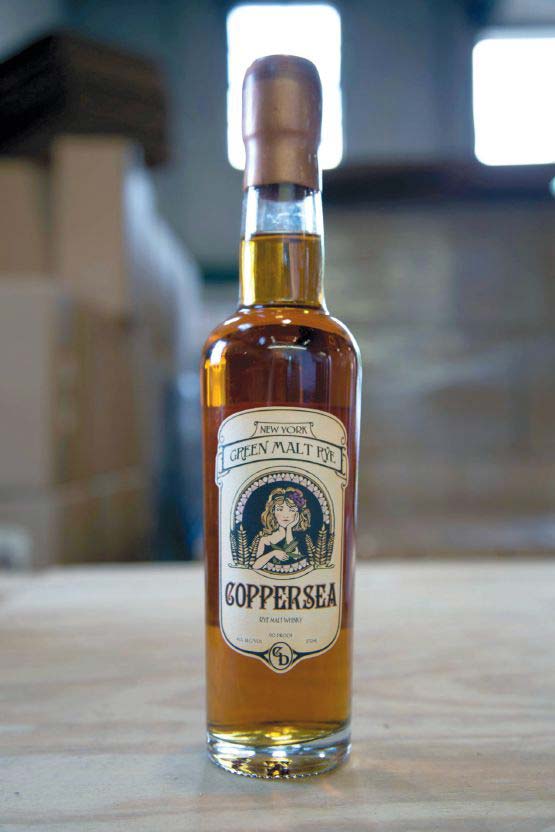