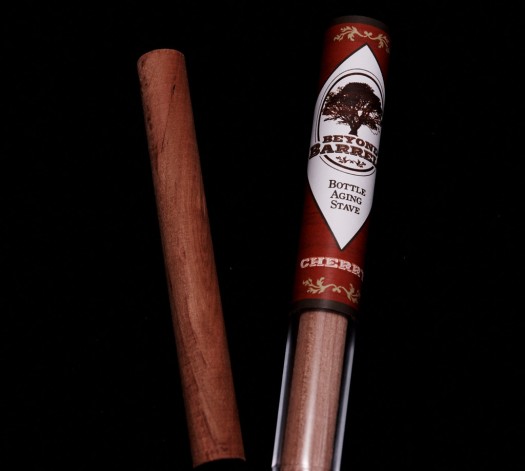 Beyond Barrels doesn’t exactly have a new idea: Take whiskey you don’t quite like as is, add a small piece of wood to the bottle, wait a few weeks, then presto, you’ve got extra-aged whiskey for just a few extra bucks. So-called “whiskey sticks” are everywhere these days.

Sounds good, but does this all work quite that easy in the real world?

To find out, I tested a wide range of bourbons with both of Beyond Barrels’ whiskey aging staves, and I’m here to tell you the blunt truth about how well it went.

For starters, the staves arrived without a whole lot of instruction. There are two varieties: French oak and cherry oak. They are remarkably different products that have a much different impact on your whiskey, so purchase very carefully.

I charged ahead with only a bit of guidance from the company, starting with a bottle of Wyoming Whiskey, a spirit that I felt could have used a bit of extra time in barrel when I first reviewed it. Experiment #1 involved trying out this whiskey with a French oak stave and a month of bottle time. (All experiments were tasted against a control; details follow.)

Wyoming Whiskey @ 1 month French oak stave – This was a bit of a disaster. The oak is extracted to the hilt, giving a youthful whiskey that is already redolent with wood so much more of it it has no idea what to do with itself. The oak stave handily also destroyed any nuance left in the spirit, washing away the fruit and grain notes in short order. In Beyond Barrels’ defense, I was (later) told that the French oak staves are best used to age bottles for only 1 to 2 weeks and that a month is likely too long. C-

Whoops. OK, back to the drawing board. This time I took a bottle of Amador Double Barrel and tried the French oak stave for just one week, then sampled it again at the two-week mark.

Amador Whiskey Double Barrel @ 1 week French oak stave – After a mere 7 days, the whiskey is immediately lumber-heavy on the nose, with a huge note of raw wood and sawdust, significantly overpowering anything else on the palate. The delicate cinnamon character in standard Amador DB (which is already wood-forward) is washed away here, replaced by a dusky clove note and, of course an epic amount of wood. C

Amador Whiskey Double Barrel @ 2 weeks French oak stave – Still on a steep decline, with overpowering wood notes that taste like chewing on freshly cut lumber. No fruit left at all except for a hint right on the tip of the first sip. D+

OK, those didn’t go so well, so what about the cherry staves? These rods have a more subtle influence on your whiskey, imbuing it less with raw wood and more with fruity overtones. Beyond Barrels was kind enough to supply me with five samples of cherry stave-aged bourbons that it had doctored itself. I tasted all five of these blind, then compared them to the closest analogue I had by way of a control. I didn’t always have a perfect match, but you can check out my comparatives in each writeup below.

Blanton’s @ 3 months cherry stave – Quite fruity on the nose, very sweet on the tongue. Cherry notes are prominent, along with some bubblegum notes and baking spice. A bit sweet for my tastes, but not a bad sipper. B

Vs. Blanton’s Single Barrel Private Selection – I had no rack version of Blanton’s available but pitted it against a private selection we recently reviewed. I had a pronounced and dramatic preference for the standard bottling, which was less hot, more balanced, and much less candylike on the finish.

Four Roses Single Barrel @ 3 months cherry stave – Strong wood influence on the nose gives this the first impression of age. As it develops on the palate it reveals significant spice (cloves and allspice), some caramel corn notes, and a sweeter side. A bit out of balance, but also worthwhile. B

Vs. Four Roses Single Barrel (Distillery Bottling) – The wood is much too harsh on the doctored bottling, which throws this delicate whiskey out of balance, numbing its spice profile.

Four Roses Small Batch @ 3 months cherry stave – Restrained on the nose, with only some rough alcohol notes to show. On the palate it feels youthful and dialed back, without a lot going on. A slight chocolate and barrel char influence are about all I get from this one. Mostly harmless. B

Vs. Four Roses Small Batch (Distillery Bottling) – I have a standard bottling of this that we dip into from time to time for comparative purposes, though oddly we’ve never formally reviewed it (hence no link). 4R Small Batch has always been “entry level” Four Roses for me, and here I found the two samples closer than any of the others in this experiment. I nonetheless prefer the undoctored version, which has more prominent (and fun) chocolate notes. The stave deadens those a bit in the doctored sample.

Evan Williams Black Label @ 4 months cherry stave – Popcorn is heavy on the nose (perhaps it’s quite young?), with burnt caramel and significant barrel influence underlying it. A touch vegetal on the tongue, it opens up with time to reveal a mingling of cotton candy and cloves. Caramel is huge, but there’s lots of wood influence on this one. B+

No comparison bottle – I had no EW Black Label on hand to compare to here, and pitting this against one of the Single Barrels would be unfair to the point of cruelty. Surprising though that this cheap bottling was my favorite of the bunch. Or, perhaps not surprising.

Maker’s Mark @ 2.5 months cherry stave – Initially rough on the nose, heavy with alcohol influence and a big punch of wood. The palate is milder and moderately sweet, with notes of tobacco, spearmint, and cloves. The finish is a bit of an unfortunate letdown, though. B

Vs. Maker’s Mark – Again, the standard Maker’s is considerably better, its spice elements are more present and the various flavors are more in alignment and better balanced. Maker’s is a soft whiskey and while Maker’s 46 is a fine product, Maker’s is not a whisky that I would normally think additional wood influence would improve. Seems to be the case here.

So, what did I learn in all of this? Well, the quick and dirty takeaway is that in every comparative review I undertook, I preferred the original, non-doctored version of the spirit to the stave-aged one. Now, perhaps I never struck on the perfect combination — and some of my preferences were only slight. That said, it seems to me that if I were to continue down this road, doctoring a relatively cheap (mass-produced, not craft) bourbon with a cherry stave for a few months might very well be the best way to go. After all, there’s no point trying to touch the sun and improve a whiskey that’s already at the top of its game. However, when faced with a budget bottling and a low level of investment, I wouldn’t mind dropping a few cherry staves into bottles just to see what comes out the other end. (Note: These can also be used to make barrel-aged cocktails.)

Have you played with aging staves? Sound off in the comments!

$11 each (staves are reusable) 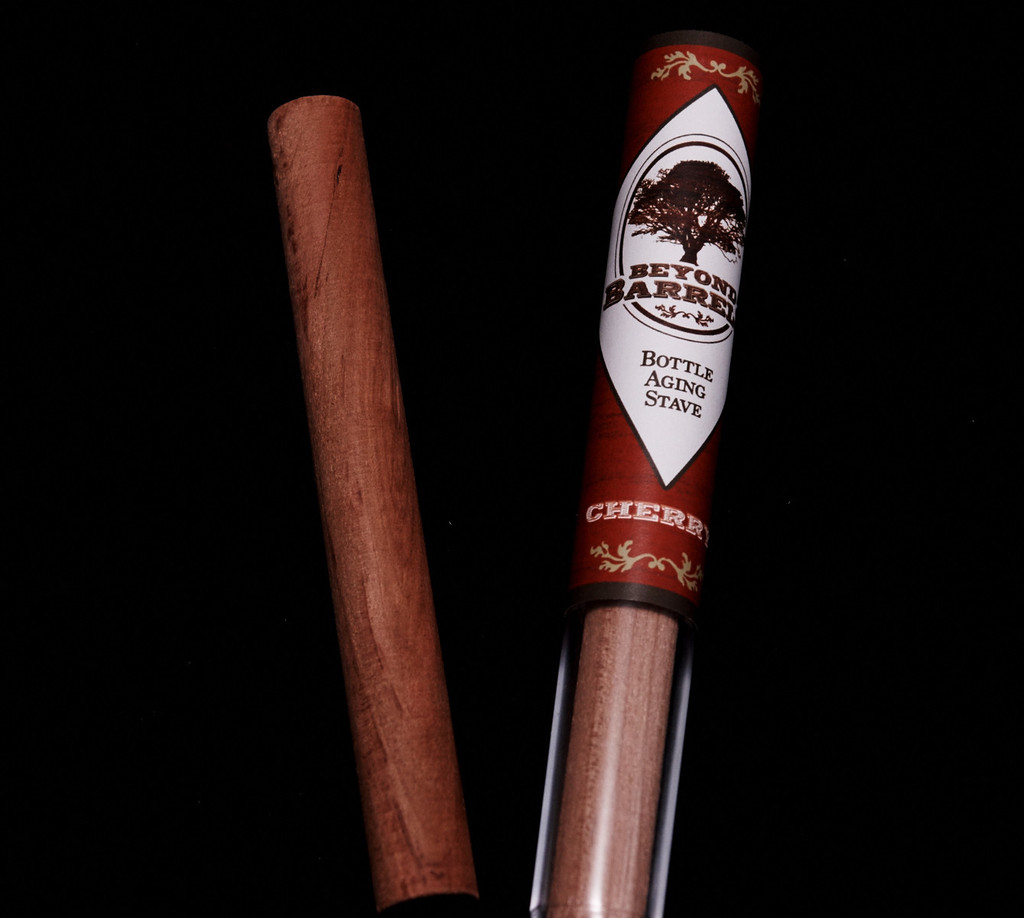 From Barrel To Bottle: How Wood Aging Impacts Whiskey