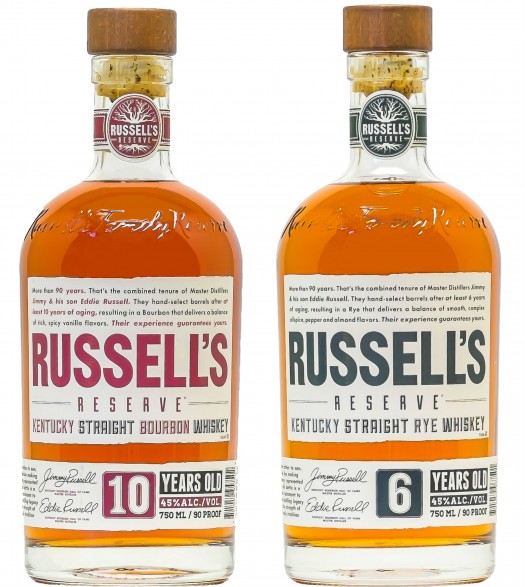 Wild Turkey has been on a rebranding tear of late, updating its labels and corporate design in a push of gentle modernization of its image.

We took the opportunity to crack open two new bottles of its Russell’s Reserve line — the 10 year old bourbon and the 6 year old rye, both staples of the world of mid-level premium whiskey. Both have undergone their second rebranding since launching in 2007-08.

So, without further ado, let’s tuck into a fresh look at these widely available bottlings.

Both are (still) 90 proof. Pricing is current.

Russell’s Reserve Small Batch Kentucky Straight Bourbon 10 Years Old (2016) – 2008 review; 2010 review. Classic ‘Turkey. The astringency hits you first on the nose. It needs to aerate and blow off a bit before settling into its groove, where those classic, big citrus notes come to the fore, alongside a touch of roasted nut character. The palate loads up with vanilla and caramel, more of those nuts, and a malted milk character that becomes evident, almost chewy, on the back end. A scant touch of hospital character grips on tight at the finish, but as with the somewhat funky nose, it eases up over time. Current rating: B+ / $30  [BUY IT NOW FROM CASKERS] [BUY IT NOW FROM FROOTBAT]

Russell’s Reserve Small Batch Kentucky Straight Rye 6 Years Old (2016) – 2007 review; 2010 review. Fresh rubber and banana are immediate on the nose, with cotton candy notes. The nose would indicate that it’s an ultra-fruity rye, but the body takes things in another direction. Namely: Classic rye spices, with cinnamon and clove notes, black pepper, more banana, and marzipan. A bit of gumminess on the finish makes the farewell feel a bit clammy as it fades away, though. All told, I prefer it slightly to the bourbon. Current rating: B+ / $38  [BUY IT NOW FROM CASKERS] 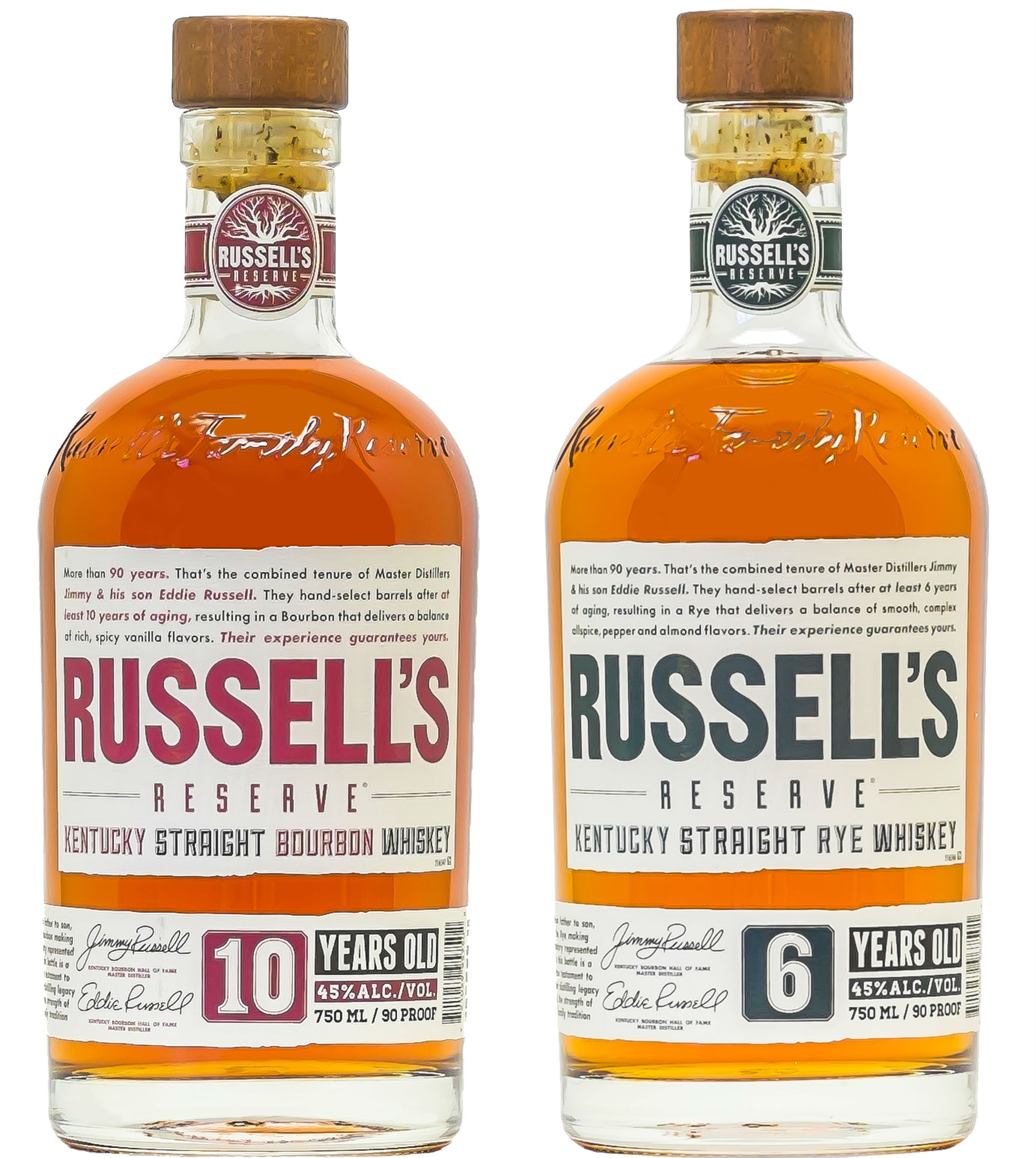