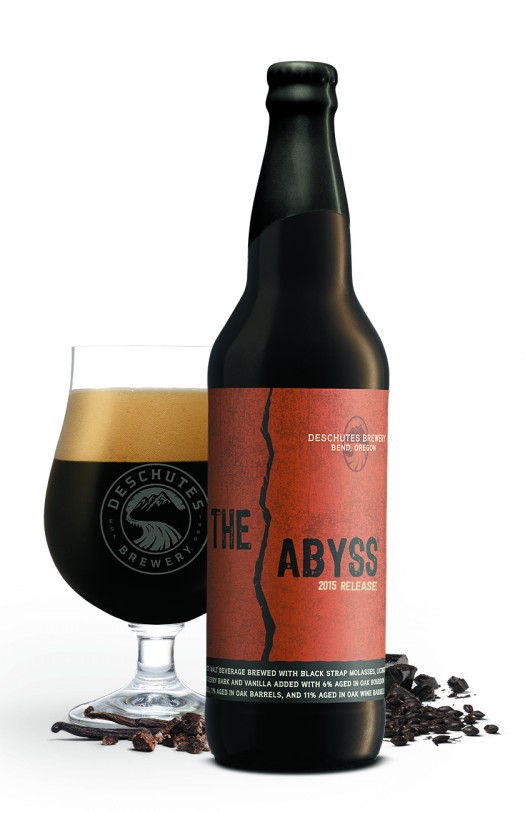 Deschutes Brewery The Abyss Aged Stout 2015 Edition – For the 10th installment of The Abyss, there are no major recipe changes — although the beer has seen some additional aging. This special release is brewed with blackstrap molasses, licorice, cherry bark, and vanilla as always, then 21% is aged in oak bourbon barrels, 6% aged in oak barrels, and 21% aged in oak wine barrels. (Altogether 50% of the beer is aged for 2015, but last year only 28% of the total brew saw barrel time.) Note that to commemorate the 10th anniversary of The Abyss, two additional versions were created — one aged in rye casks, one in Cognac casks — though we did not receive these for review. The “regular” version of Abyss, however, is a real standout. As always, pungent licorice hits the nose first, but the treacle-and-fig-jam notes that often follow close behind are tamped down here, replaced instead with bracingly bitter hops, very bitter chocolate, and wood barrel notes. The Abyss is always a beer that sticks around for ages, but this year that finish is seemingly unending. Fans of this style — and just about anyone else — should seek out a couple of bottles. One for now, one to keep in the cellar for next year. 12.2% abv. A / $15 per 22 oz. bottle

Deschutes Brewery Red Chair NWPA (2015) – A December-released seasonal, this year’s Red Chair “Northwest” Pale Ale doesn’t seem to have rocked the boat when it comes to its recipe — but nonetheless the beer seems more fully-realized than some of its forebears. Bitter but not aggressively piney, Red Chair uses citrus notes and some late-arriving florals to punctuate its malty base with style and structure. Quite a pleasure. 6.2% abv. A- / $8 per six-pack 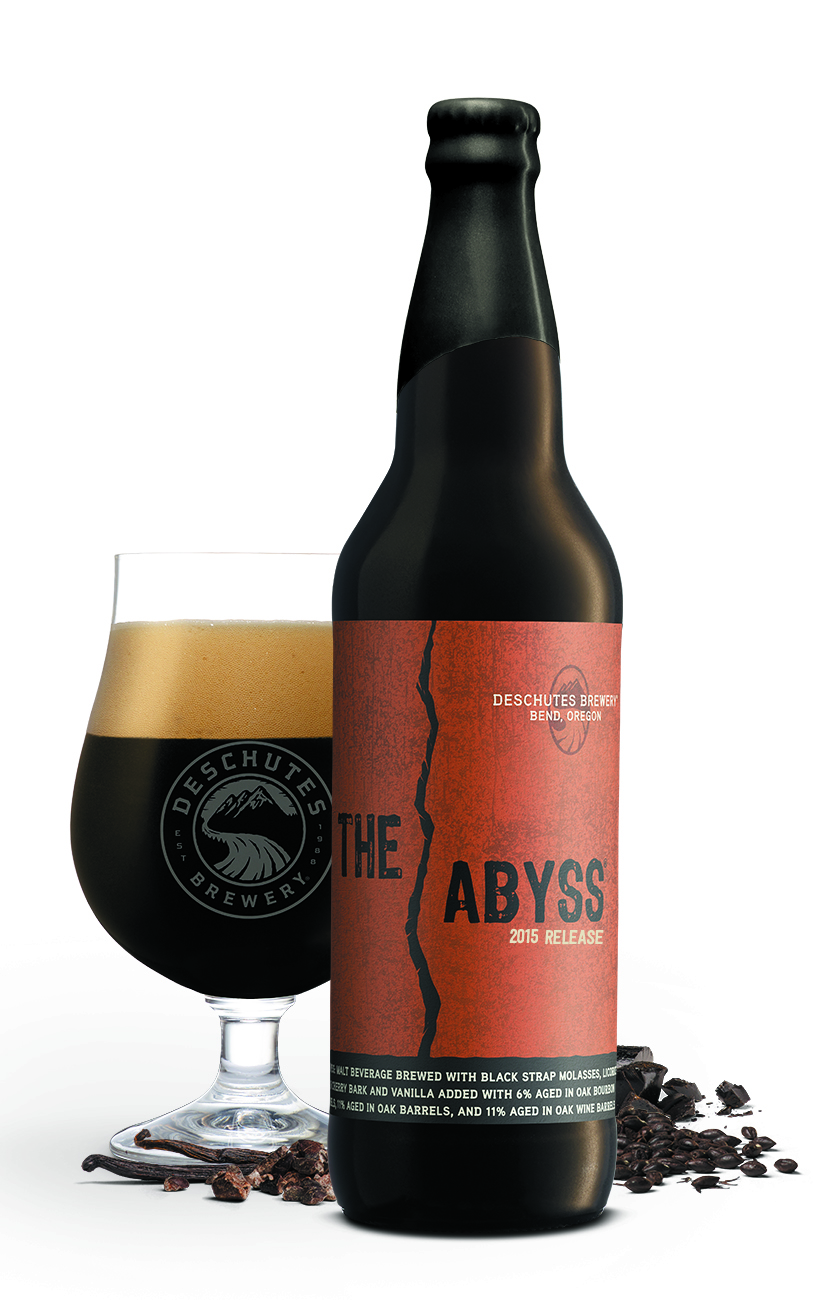