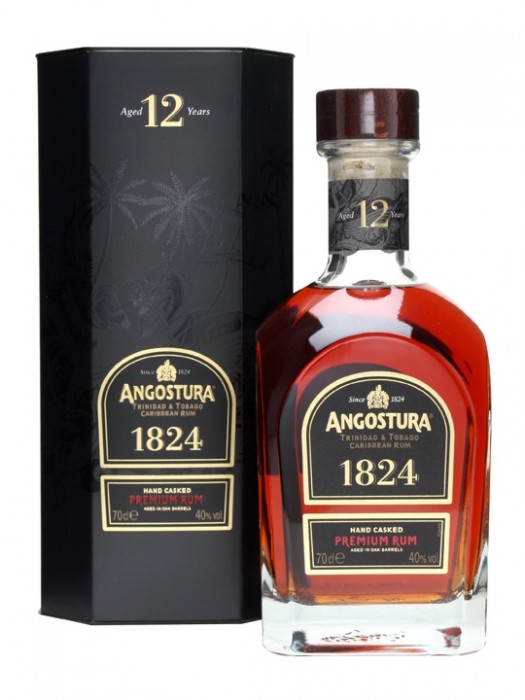 While best known for its ubiquitous aromatic bitters, Angostura is a major rum distillery, and it’s been producing spirits in Trinidad & Tobago since 1824.

We tasted five rums spanning a wide range of production from the company. All are 80 proof, with comments on each below. Enjoy!

Angostura White Oak Rum – You’ll find “Angostura Limited” in small type underneath the much larger White Oak banner. This white rum (barrel aged and filtered to white, though no age information is offered) is the number one selling rum in its homeland of Trinidad, and it’s easy to see why. Fresh citrus is prominent on the nose, with crisp lime notes. The palate lacks the raw character that so many white rums exhibit, hitting the tongue with spice and some gentle notes of canned peaches in syrup. The finish is lackluster, flabby, with notes of acetone — but what white rum is a dazzler, anyway? Not widely exported to the U.S., but bottles do show up from time to time. B+ / $15 [BUY IT NOW FROM DRIZLY]

Angostura Caribbean Rum 5 Years Old – A gold rum with five years of age on it. Caramel and cinnamon on the nose give this a bit of a cinnamon roll character, though the buttery body brings the spice on more strongly — think red hot candies instead of cinnamon toast. The finish is heavier with clove character and lengthy brown butter, but recalls a bit of youthful petrol character as it fades out. All told, it’s a solid though youngish bottling. B+ / $18 [BUY IT NOW FROM DRIZLY]

Angostura Caribbean Rum 7 Years Old – Though only two years older, this rum is significantly darker in the glass and richer on the nose — with notes of coffee, dense vanilla, and chocolate right up front. These sweet notes lead to a nutty, toffee character as the finish builds, taking you to a big and bold conclusion that offers hints of baking spice while it lingers for quite a while. An impressive sipper, it’s a bold spirit that showcases all the best characteristics of rum at this age level. A / $20 [BUY IT NOW FROM DRIZLY]

Angostura Caribbean Rum 1919 – This golden-hued rum offers no aging information but it makes up for that with a hugely spicy profile. If you’re a fan of spiced rum, Angostura 1919 will be right up your alley. Toasted coconut, huge vanilla notes, dark brown sugar, cinnamon, and allspice are all present and accounted for — and in a stronger show of force than your typical aged rum. Everything in 1919 seems pumped up to 11, with that unctuous butteriness just oozing on the finish. All told it’s an impressive rum — provided its stylistic flourishes are what you’re looking for. A- / $30 [BUY IT NOW FROM DRIZLY]

Angostura Caribbean Rum 1824 12 Years Old – A blend of clearly well-aged rums, though unlike the 1919, this one offers an age statement on the bottle. As with the 7 year old, notes of coffee and chocolate are immediately present on the nose, with spicy tobacco notes underneath. The body is intense with those coffee notes, rounded out with roasted nuts, vanilla, and sweet milk chocolate. A classic, well-aged rum, the lengthy finish makes for a perfect late-night sipper, but it works just as well as the key ingredient to spike your favorite rum punch. A / $60  [BUY IT NOW FROM CASKERS] 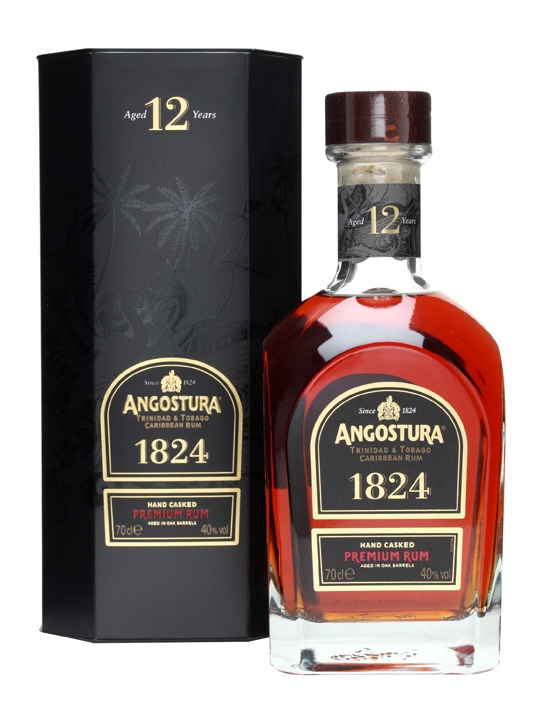 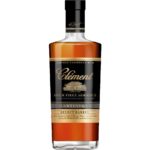