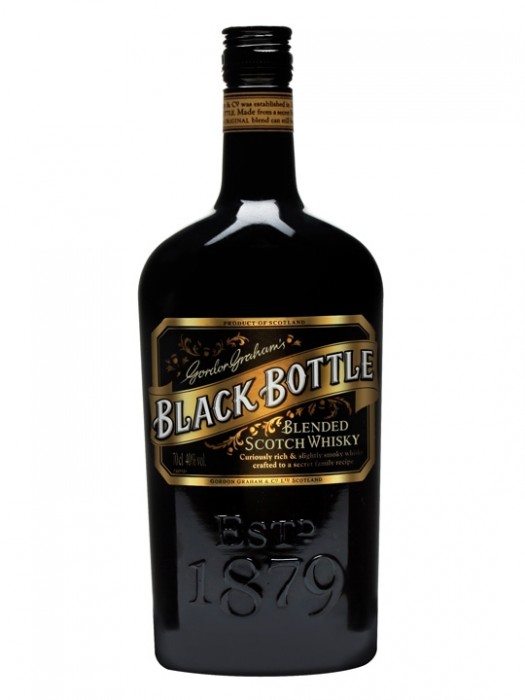 Back in the day (at least in the late 20th century), Black Bottle was the go-to blended whisky for peat freaks. In fact, at the time it was said to be made from stock sourced from almost every Islay-based distillery. But Black Bottle has a lengthy history — the brand actually dates back to 1879, when it was originated by a tea blender named Gordon Graham.

Black Bottle faded away in the last decade (the recipe reportedly changed considerably)… until 2013, when the brand was relaunched.

The new Black Bottle is made from just four single malts (plus presumably a grain whisky or two, as this is not a blended malt), and I’d be surprised if more than one of them is from anywhere close to Islay.

The deep amber color of the whisky is quite inviting, as is the nose, which features attractive, if muted, notes of green apple, unripe banana, sherried orange peel, and roasted nuts. Some wisps of chimney smoke emerge here, but they aren’t the focus of the spirit.

The palate is surprisingly full bodied, but mostly typical of blended Scotch. Citrus melds with almond and nougat notes up front, melding into a pleasantly dessert-like character. As the palate builds, chocolate and vanilla notes emerge, with curiously exotic spice notes coming on as the finish starts to build. Those smoky elements finally make a comeback here, but they’re cut with sweetness to the point where I think even a total peat hater would find it palatable. It’s a real jack of all trades, master of none.

Let’s be absolutely clear that this Black Bottle has virtually nothing in common (except, well, a black bottle) with the Black Bottle of yesteryear, so don’t come crying to me that “it’s just not like it used to be.” No, it’s not. It’s a totally different whisky. If you want a peaty blend, you can find those, too. But for what the new Black Bottle aspires to be — a very affordable blend that is easy to sip on, mix with, or otherwise keep around the house — it gets the job done. 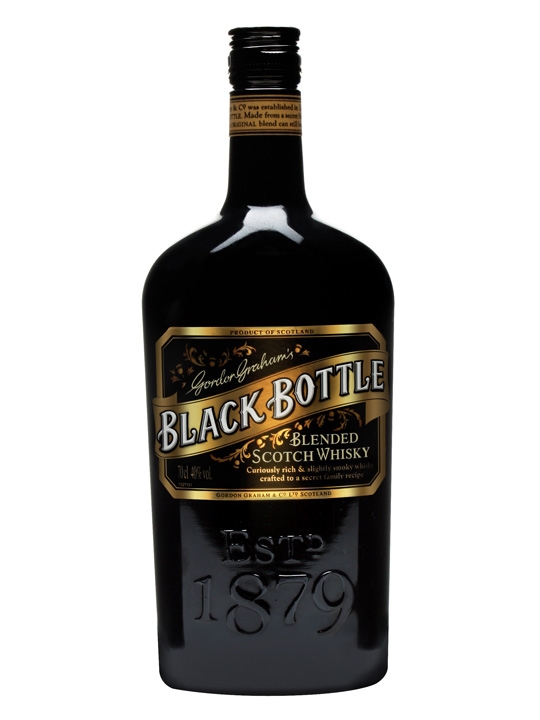