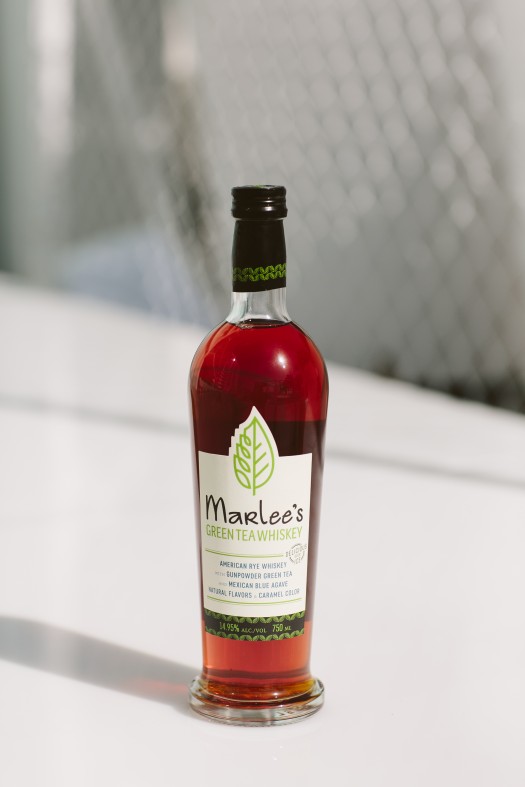 Tea-flavored whiskey is nothing new, but Marlee’s, produced in the Miami area, is rye whiskey flavored with green tea, a unique combination. Also in the bottle: Mexican agave nectar, miscellaneous natural flavors, and caramel color.

Now the south is the home of sweet (black) tea, and the home of whiskey. The two have come together in exciting ways in the past, so it makes sense that an upstart would like to try something new. Using gunpowder green tea immediately sounds odd — why mess with a proven combination? Well, what if green tea is even better with whiskey than the usual stuff?

Let’s give it a shot.

Oddly, most prevalent on the nose are the agave notes from the sweetening nectar — herbal with citrus overtones — plus a bit of a vanilla whiskey kick underneath. On the palate, it’s quite sweet as expected, but the tea hits with surprising power. It’s not just any old tea, but green tea, that nicely herbal, slightly minty, slightly peppery spin on the stuff. Immediately it clashes with the whiskey, as both elements struggle to dominate the blend. Some rye-driven clove notes come along late in the game, but the finish makes a 180 and hangs on to the sweet agave, with vague notes of lemon.

Tea-flavored anything is always sweet, but Marlee’s is just a bit overblown for my palate, and the green tea simply doesn’t meld as I would have liked with the rye. Nothing too offensive, though, and it’s a spirit that works well enough as a diversion.