Three late arrivals from the tail end of 2015 from the monstrous variety that Coppola manages to put out. Some quick thoughts on these late-arriving wines.

2013 Francis Ford Coppola Director’s Cabernet Sauvignon Sonoma County – Big and jammy, full of cassis and blackberry, with notes of coffee bean and tea leaf. Sweet but reasonably well-balanced, it’s a fair enough food wine but on its own the finish starts to get away from you as it pours on the sugar. B- / $16

2013 Francis Ford Coppola Votre Sante Pinot Noir California – Fruity up front, then a sizeable smoke influence takes hold. Some cedar wood and black tea notes come into focus, but otherwise this is a simple and perfectly drinkable expression of this classic grape — provided you don’t mind a little char on the back end. B / $12 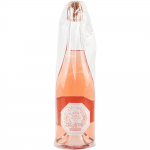