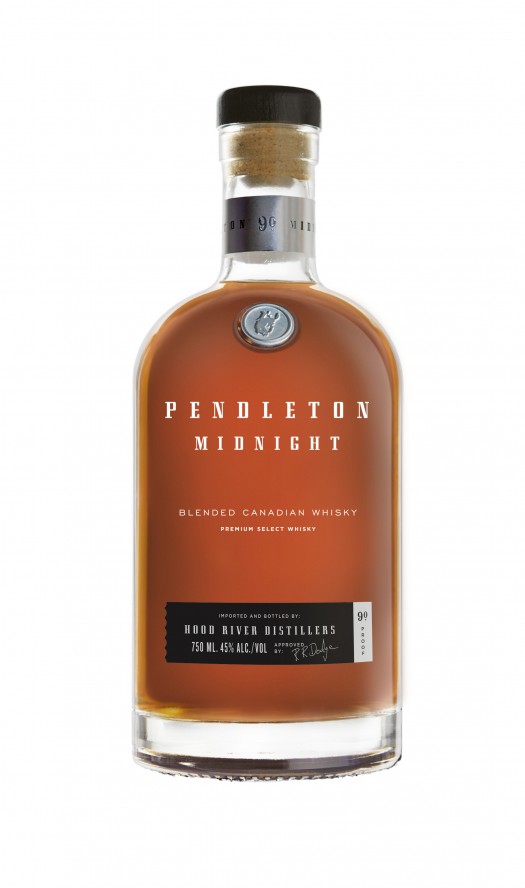 Oregon-based Hood River Spirits has a bit of a cult following with Pendleton Canadian Whisky. In 2012 the company launched a second, older expression, Pendleton 1910, and now it’s following that up with Pendleton Midnight.

Pendleton Midnight is quite a different animal than those that have come before it. The big spin is that a portion of the whisky (percentage unstated) is aged for at least six years in ex-American brandy casks, and “pristine” water from Oregon’s Mt. Hood is used in the production process. The two don’t seem to have a lot to do with one another, but let’s not get caught up in the details. Oh, and it’s bottled at 90 proof vs. 80 proof for the prior two expressions.

Pendleton is well known for its extreme sweetness, and Midnight doesn’t stray far from that plotline. Butterscotch is initially evident on the nose, followed by a raisin punch, a clear echo of the time spent in brandy casks. With air, some woody notes emerge, as well. The palate is largely in line with the nose — again, it’s quite sweet, offering more butterscotch and chocolate, with a lashing of rum raisin notes on top of that, almost like toppings on an ice cream sundae.

The good news is that Midnight is not quite as aggressively cloying as standard Pendleton, as it tempers the sweetness with some more nuanced notes driven by the brandy barrel aging it undergoes. The various flavors ultimately meld together quite nicely, with a nice sense of cohesion and balance. 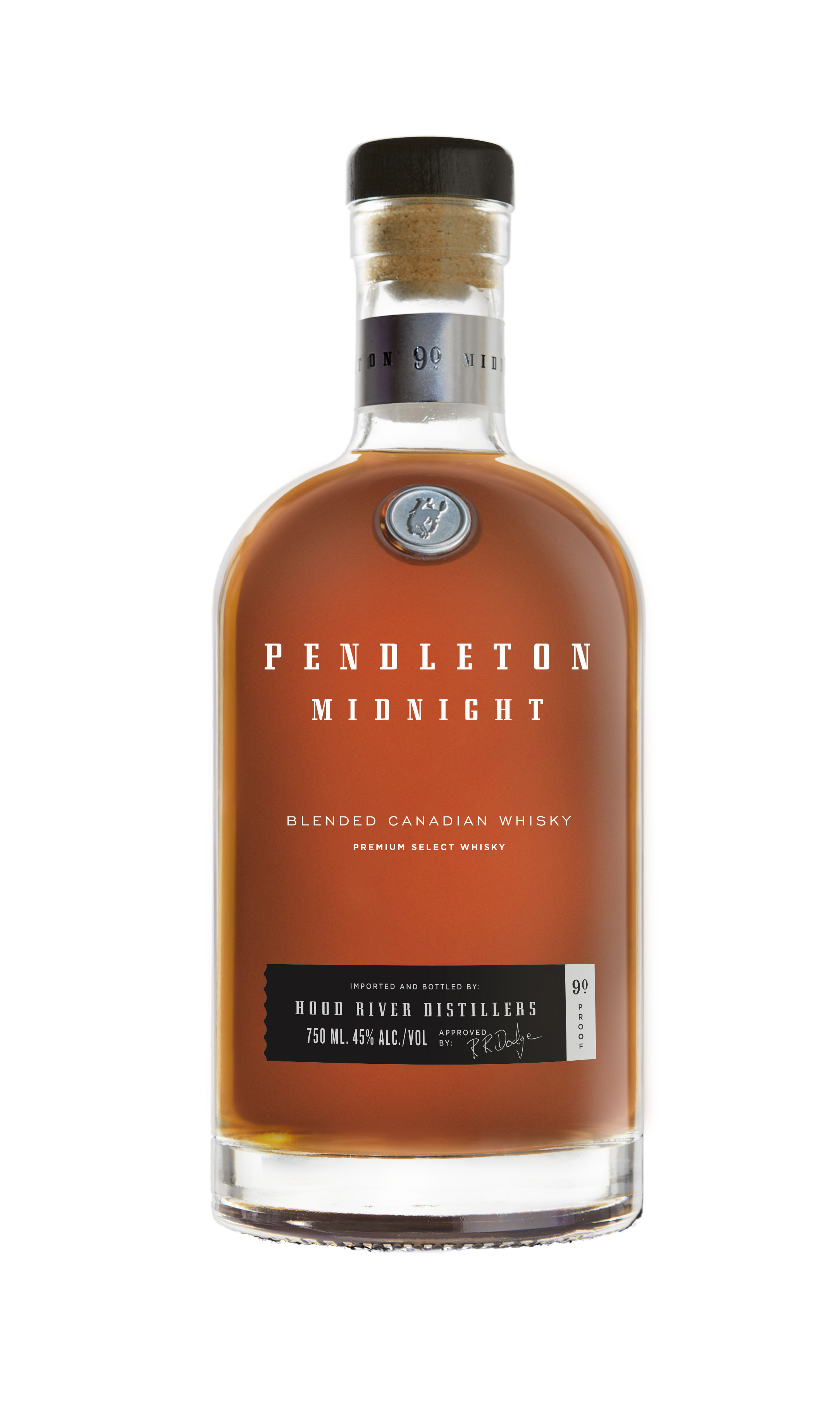