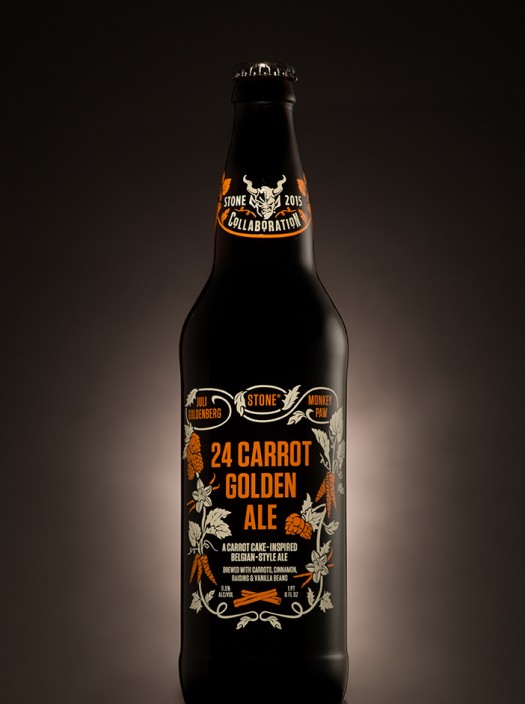 Further proof that brewers will find inspiration in anything can be found in Stone’s 2015 Collaboration Ale, which combine’s Stone’s resources with Monkey Paw Brewing Company and Stone Homebrew Competition champion Juli Goldenberg. What they came up with is 24 Carrot Golden Ale — a Belgian style ale inspired by, well, carrot cake.

Infusing the beer with raisins, cinnamon, and — yes — carrots, the ale isn’t immediately evocative of the saddest cake variety in the world but rather presents a spicier spin on a nut brown ale. Malty walnut and almond notes mix together with thick baking spices and a burnt/roasted vegetable character — from the carrot, presumably — that comes off as both exotic and odd. It’s a big change of pace from most other brews, though it’s decidedly designed for special occasions and significant contemplation rather than casual sipping. 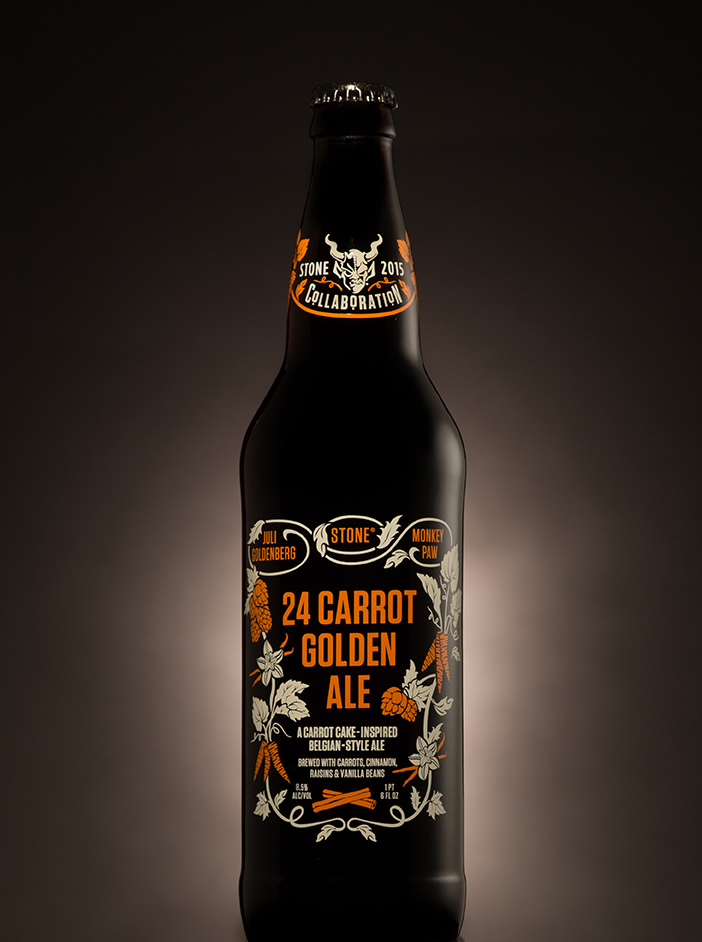