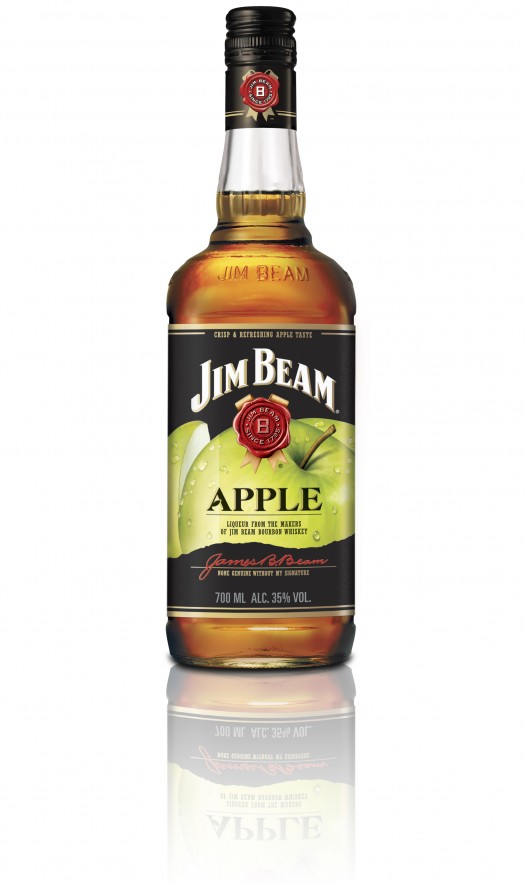 We almost missed this release a few months back, but finally turned up a bottle in our to-review queue. Jim Beam Apple probably doesn’t need a whole lot of introduction: It’s Jim Beam whiskey flavored with apple liqueur (specifically green apple liqueur) — though the fine print on the bottle reads the other way around. Technically this is apple liqueur flavored with Jim Beam bourbon.

Either way, it’s essentially a heavily flavored whiskey, and Beam has not been shy with the apple flavor. Intense, fruity, and extremely sweet, it’s tart apple pushed to the breaking point — particularly on the uncomplicated nose. Subtle whiskey notes — vanilla and a touch of baking spice — emerge over time, but those are really understated. By and large this could sub in for Apple Pucker or any other super-sweet apple liqueur, provided you don’t mind sipping on a brown appletini. 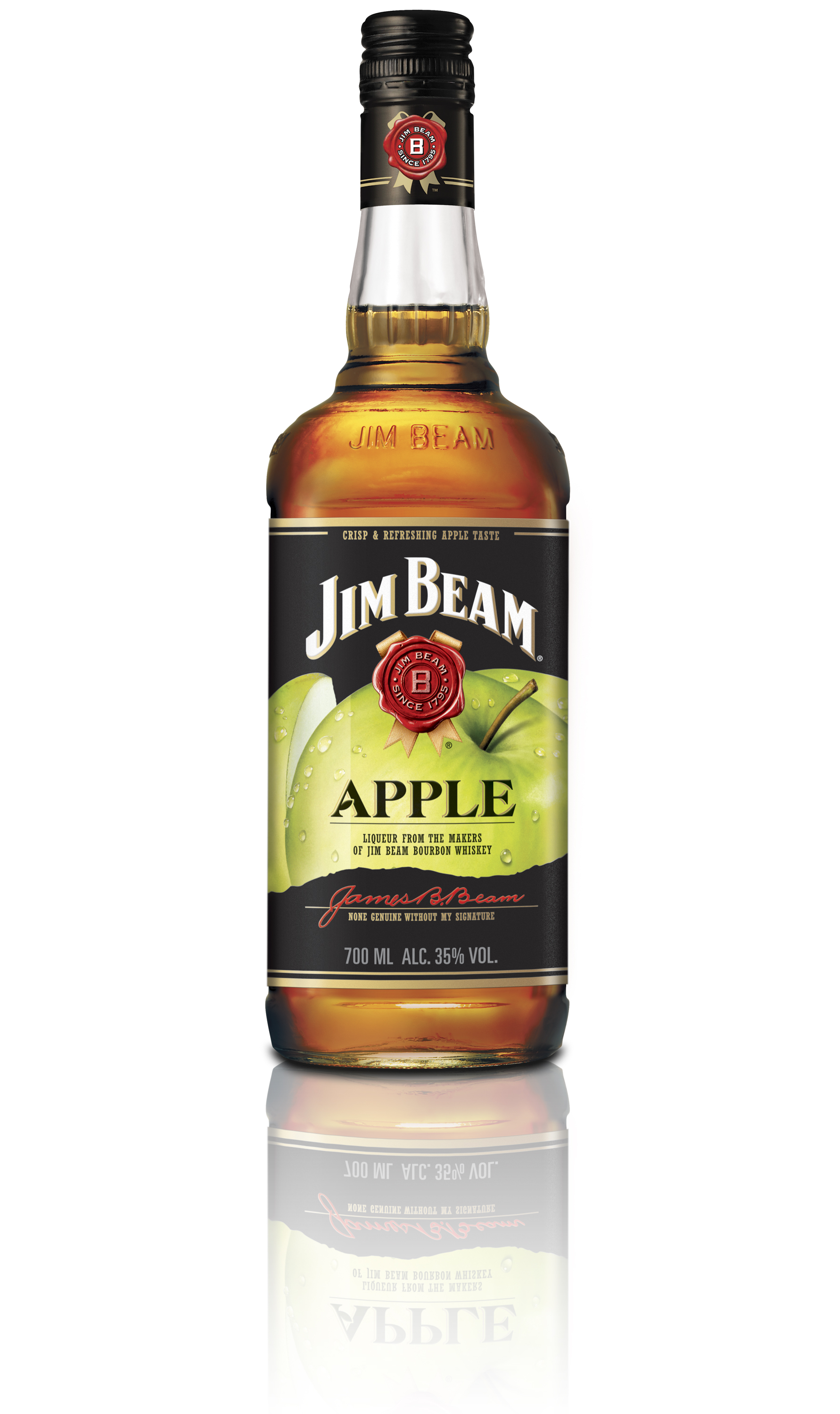