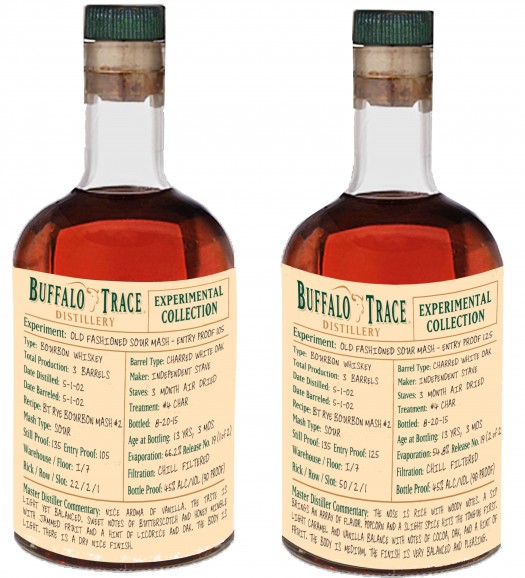 The latest round of experiment bourbons from Buffalo Trace are a return to its roots: using an “old fashioned” method to sour the mash.

Wait, isn’t all bourbon made with a “sour mash?” Yes, but as BT explains it, all sour mash is not created equal. I’ll let them take it away:

Distilled in May of 2002, this Old Fashioned Sour Mash experiment used Buffalo Trace’s proprietary mash.  The bourbon was cooked and cooled to standard; however, the similarities stop there. The mash was allowed “to sour” before yeast was added to start the fermentation process, a method long abandoned due to its more laborious process.

This sour mash method differs from the more common process used today by nearly all bourbon manufacturers. The routine method calls for cooking and cooling the mash, and then immediately adding yeast and a small amount of previously distilled mash (or “setback”) as it cools to sour the mash.   The traditional old-fashioned sour mash process fell out of favor many years ago, and it was not until a gathering of distillery “old timers” that Buffalo Trace was inspired to revive it.

The experiment portion of the whiskey concerns entry proof — two versions of the above whiskey were made, one entered the barrel at 105 proof, one at 125 proof. Both were aged for 13 years on the seventh floor of Warehouse I.

How do they stack up with each other? Let’s dig in.

Both are bottled, as usual for the BTEC, at 90 proof.

Buffalo Trace Experimental Collection – Old Fashioned Sour Mash 13 Years Old 105 Entry Proof – This is very uncharacteristic bourbon both for Kentucky and for Buffalo Trace in particular. The nose offers wood and spice, but also notes of camphor and dried flowers. The body takes this and runs — from the fields to the cedar closet and back again — offering drying herbal notes and licorice. A bit of toffee on the back end reminds you this is bourbon and not some weird Scandinavian whiskey. B-

Buffalo Trace Experimental Collection – Old Fashioned Sour Mash 13 Years Old 125 Entry Proof – More going on here. Brown butter, vanilla, butterscotch, and baking spices all find a home in the nose — overall fairly traditional stuff. The body has echoes of the herbal funk of the 105 — particularly up front — but features a sweeter, more candylike character with hints of chocolate and cinnamon. This is easily the more palatable of the two whiskeys, but it’s also the more interesting, as the lightly herbal elements provide some balance and nuance to an otherwise traditional bourbon structure. One to explore if you can grab a bottle. A- 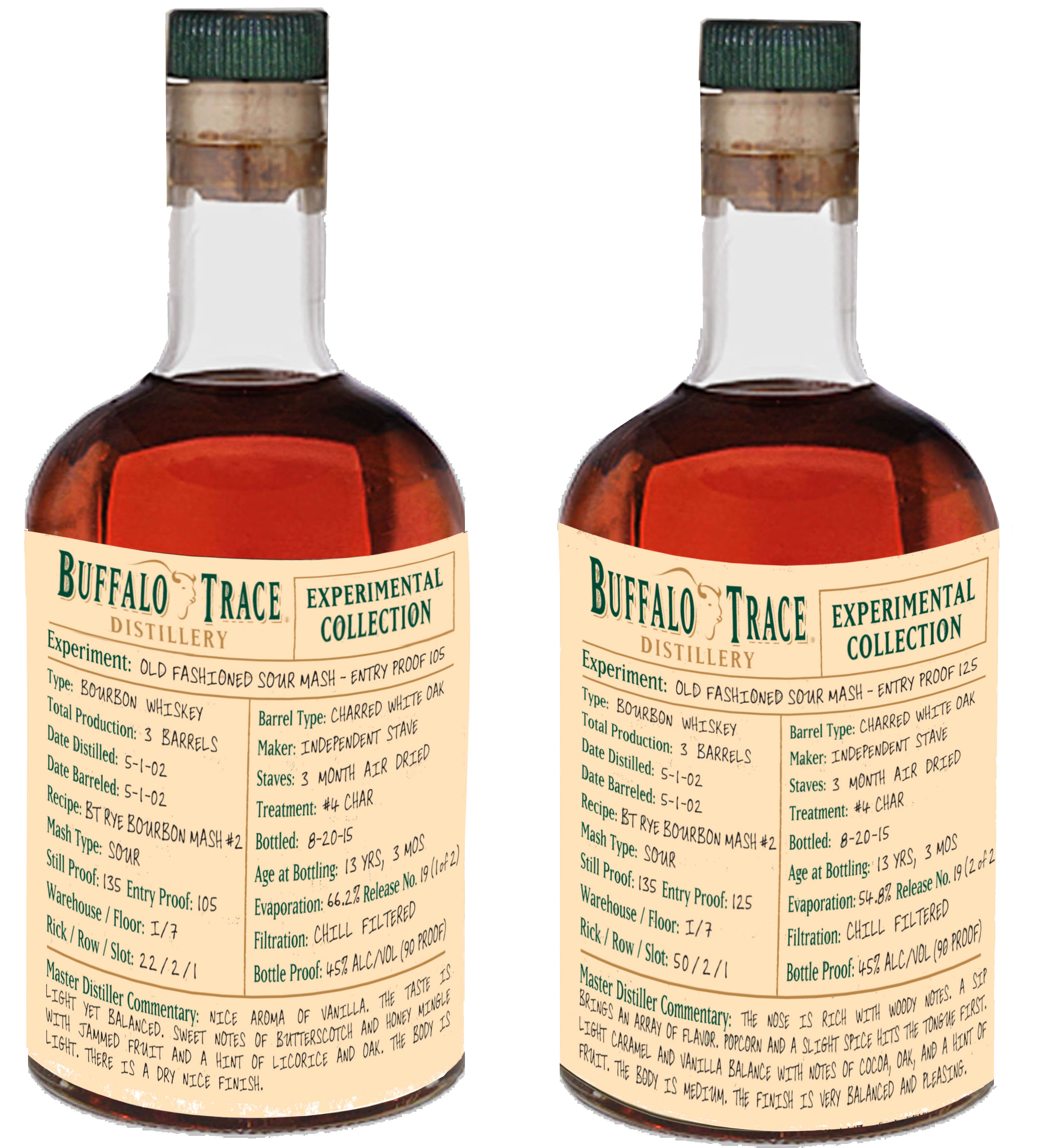