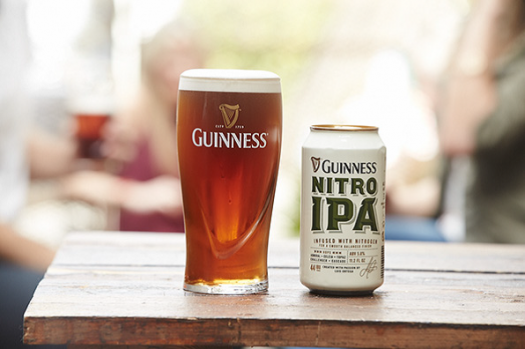 I can’t blame ’em for trying. The secret of Guinness’s success has long been the nitrogen that is pumped into the beer as it is poured, giving the brew a rich, creamy, and unmistakable body that is beloved the world over.

While Guinness has been innovating with other beer styles, it hasn’t done much with nitrogen — until now. The big idea: Why not nitrogenate a west-coast style IPA and see what happens? Sealed in cans with a nitro-ball widget the way canned Guinness Stout is, the result is Guinness Nitro IPA.

What could possibly go wrong?

Well, quite a bit. This is somewhat off-putting at first… and at the end, for that matter. The nose doesn’t really scream IPA but rather lager, with more malt than hops influencing the aroma. The body is of course something altogether different, a creamy mouth-filling experience that recalls Dublin far more immediately than it does California. The flavor elements aren’t quite right, either. Rather than bracing hops and piney resins, there’s apples, strong cereal notes, and muddy mushroom notes that linger on the finish. Yes, some hops have been thrown in to add bitterness, but not much — or rather, not nearly enough.

Guinness has been doing some really neat stuff lately, but this experiment is really just a noble failure. I doubt that fans of either IPAs or Guinness proper will enjoy this much. 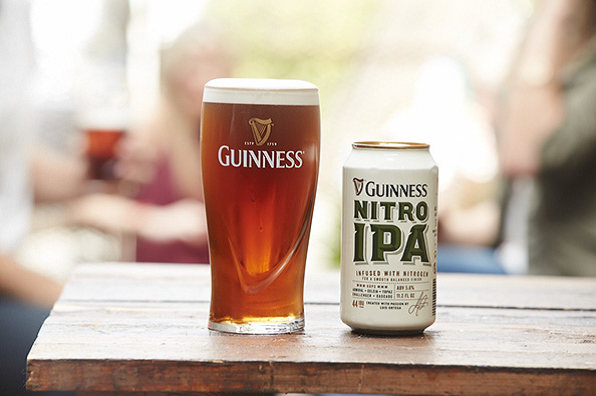