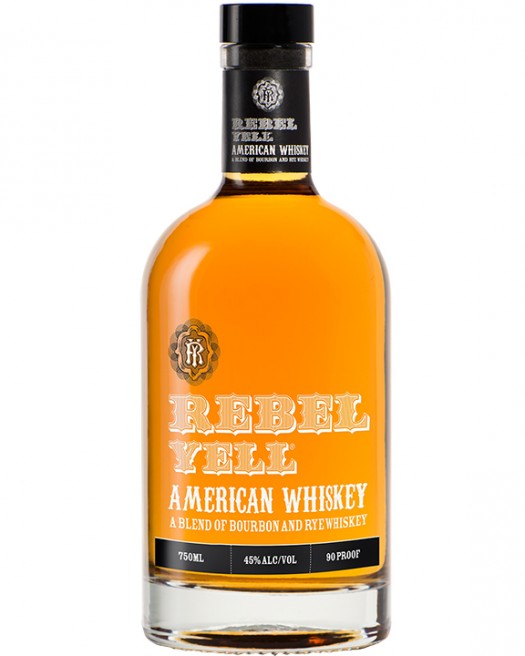 St. Louis-based Luxco (which also makes Ezra Brooks and Admiral Nelson’s Rum) is behind Rebel Yell, a line of value whiskeys which has recently begun to show up more and more in bars and on store shelves. What’s the haps about “The Yell?”

The Rebel Yell line begins with its core product — old-school Kentucky Bourbon, in the form of a brand dating back to 1849. But recently Rebel Yell has been expanding, both into flavored whiskeys (not reviewed here) as well as a rye and a blended whiskey, both of which we taste below.

Let’s put this trio to the test!

Rebel Yell Kentucky Straight Bourbon Whiskey – Made from a corn/barley/wheat mashbill. No age statement, but this wheater is clearly quite young. Heavy roasted corn notes dominate the nose, with just a touch of baking spice underneath. On the palate, there’s plenty more of that corn character, plus some sweet chocolate notes that emerge only after the corniness begins to fade. This sustains for much longer than you’d think, taking the initially quite rustic whiskey out on a nicely seductive note. A very basic whiskey, there’s just not much more to report. Compare to 2011 version here. 80 proof. C+ / $15  [BUY IT NOW FROM CASKERS]

Rebel Yell Small Batch Rye Whiskey – Made from a mash of rye, corn, and barley. Distilled in Indiana by MGP, aged two years. Much spicier on the nose than the bourbon, with gentler, grain-fueled notes coming up underneath. The palate is surprisingly full of life, with a rounded body that showcases both the spice and the cereal notes, including a bit of cherry fruit on the back end. All in all, the whiskey features a relatively well-balanced structure that belies its youth but showcases an overall better construction. Rebel Yell Rye is a capable mixer at the least, a surprisingly acceptable sipper at the best. 90 proof. B / $21  [BUY IT NOW FROM CASKERS]

Rebel Yell American Whiskey – A 50-50 blend of the bourbon and rye above, all in one bottle, but raised up to 90 proof rather than the expected 85. Aged 2 years. This comes across like, well, a pretty even mix of the two spirits — featuring both the baking spices of the rye plus the ample corn notes of the bourbon. It’s not a bad combination in the abstract, but the two whiskeys don’t entirely complement each other in a meaningful way. The playfulness of the rye is ultimately dulled by the more brash corn character of the bourbon, though the flipside — the spicier rye giving the corn a boost — could also be said to be true. In the end, the whiskey lands right where it should — somewhere in between the two spirits that go into it. 90 proof. B- / $21  [BUY IT NOW FROM CASKERS] 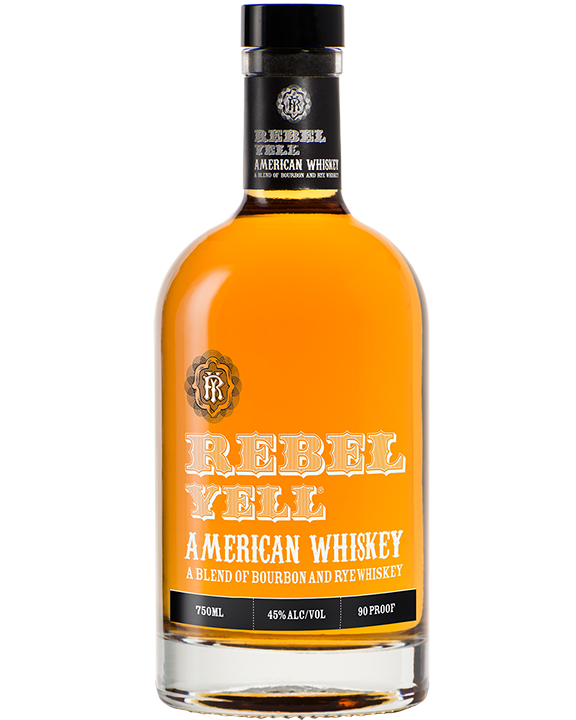