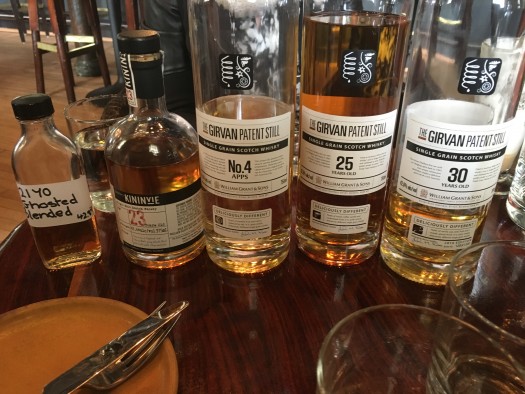 William Grant is the home of Glenfiddich and Balvenie, two of the biggest name in single malt whisky. But lately the Grants have been pushing some of their lesser-known offerings, including new bottlings from lesser known malt shops like Kininvie, single grain whisky from Girvan, and limited edition blends. Over a recent lunch, the company walked me through an array of these new launches, most of which are already hitting store shelves.

Here’s a look at everything tasted.

Girvan Single Grain No. 4 Apps – The entry-level offering from Girvan is a NAS single grain, named for the still it is produced in. Aged in bourbon casks, this lovely grain whisky offers ample vanilla notes, plus melon and candylike citrus character. 85.2 proof. A- / $50

Girvan Single Grain 25 Years Old – Like No. 4, this is made primarily from a wheat mash. Beautiful in the glass, it is dark and deep whisky that presents a big butterscotch and toffee bomb, turning to cocoa powder on the back end. Gentle grain notes wash over a lovely experience. 85.2 proof. A / $330 [BUY IT NOW FROM DRIZLY]

Girvan Single Grain 30 Years Old – 30 years ago, Girvan was making whisky mainly from corn, not wheat. The results are staggeringly different from the 25 year old, where sweetness takes a back seat to much stronger grain character from the start. Delicate fruit notes – lemon peel and some melon — collide with popcorn and heavier wood character. A real surprise. 85.2 proof. B+ / $500 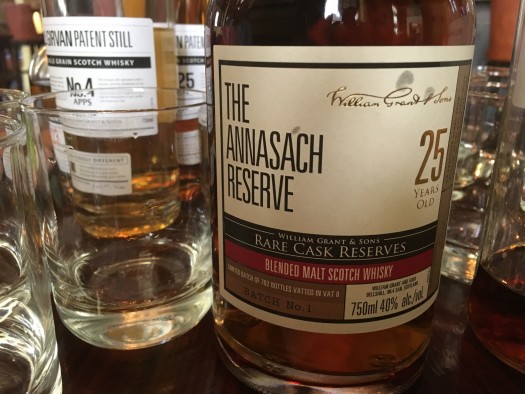 Kininvie 23 Years Old – Tucked in next to Balvenie and Glenfiddich is Kininvie, a smaller distillery mainly being used to make blending malt. Now William Grant is realizing what they’ve been sitting on, releasing as a limited edition a 23 year old single malt expression (the second batch of Kininvie ever made) aged in 80% bourbon casks and 20% sherry casks. Very floral on the nose, it offers a mix of flowers and restrained sweetness, with some coconut notes. But the experience is as light as a feather on the palate. The finish is long, engaging, and sultry at times. 85.2 proof. A / $150 (375ml bottles only) [BUY IT NOW FROM DRIZLY]

William Grant Rare Cask Reserves The Annasach Reserve 25 Years Old Batch #1 – This is a blended malt (no grain whisky) made from old William Grant stocks. The catch? Some 40 single malts go into this blend, and none are owned by William Grant itself; all are acquisitions from other distilleries. Slightly musty and mushroomy, it offers notes of leather, vegetables, roasted nuts, and breakfast cereal. Deep and complex, it’s one to savor and explore, despite some vaguely odd notes. Exclusive to BevMo. 792 bottles made. 80 proof. B+ / $280

William Grant Rare Cask Reserves Ghosted Reserve 21 Years Old – This one-off release is a blend of malt and grain whisky from three defunct distilleries, Ladyburn, Dumbarton, and Inverleven, most of which have been closed for decades. The nose is restrained, ultimately revealing toffee and some nutty elements. The palate plays up grain, citrus, and nougat, with a touch of smokiness. Very Old World in construction. 80 proof. B+ / $TBD 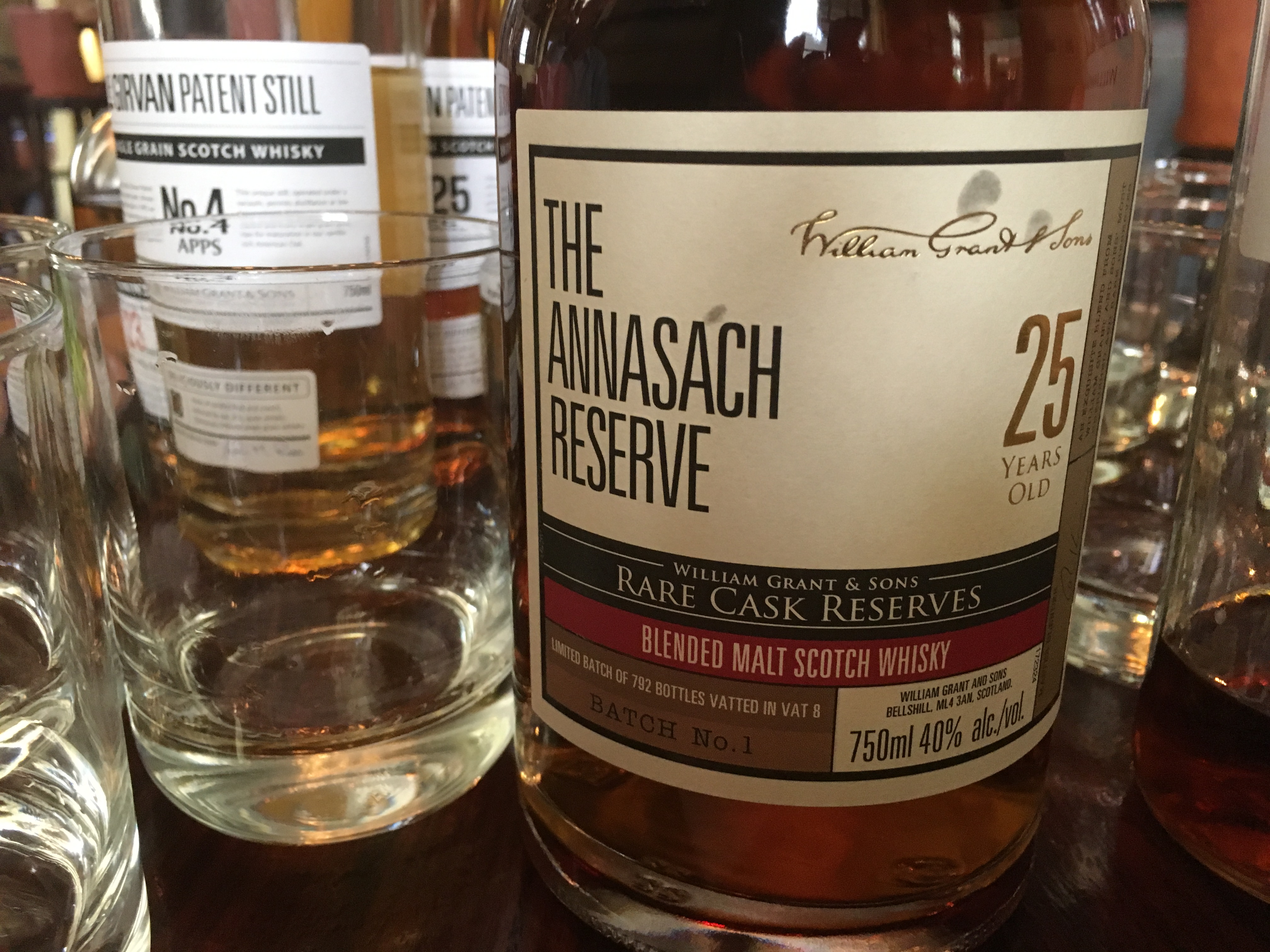