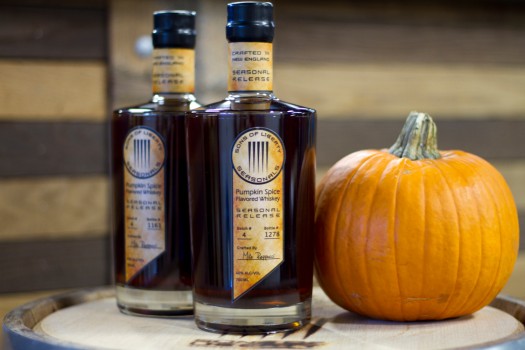 Sons of Liberty distillery is doing some exciting work in the tiny state of Rhode Island. Today we look at two new offerings — an innovative gin and an update to its pumpkin-flavored whiskey. Thoughts follow.

Sons of Liberty True Born Genever Style Gin “The Belgian Wheat Act” – How’s this for obsessive. With this genever-style gin, Sons of Liberty started by taking the botanicals that are traditional in gin — coriander, lemongrass, orange peel, and vanilla (well, some of those are traditional in gin, but anyway) — and using them to brew their own beer. SoL then distilled the Belgian Wheat beer (hence the name) and turned it into gin. Instead of taking neutral spirit and flavoring it, they’re flavoring the liquid that goes into the distillate to begin with.

Now, that’s been done before, but the end product has always been whiskey, not gin. SoL actually sent us the beer they started with — it’s not being sold, so it’s just for reference — and it’s really intriguing to put this side by side with the gin that was made out of it. While it’s got a malty backbone — enough to make you think much more of white whiskey than of gin — the spices that are so readily apparent in the beer are definitively present in the gin. Orange peel is the strongest, with vanilla a close second. The gin also has a nutty/almond character which adds some creaminess, plus a racy finish that brings out cinnamon and black pepper notes. The hops on the beer are just about the only element that doesn’t shine through clearly — though they likely contribute to what is a sort of muddy character on the finish. That said, all in all, it’s a really fun experiment. 90 proof. Reviewed: Batch #1. B / $33 [BUY IT NOW FROM DRIZLY]

Sons of Liberty Pumpkin Spice Flavored Whiskey (2015) – I first encountered this whiskey last year with its inaugural release. Now Sons of Liberty is back with its second annual pumpkin-flavored whiskey, single malt flavored with 32,000 pounds of roasted pumpkin, cinnamon, allspice, cloves, sweet orange peel, and vanilla. Unlike last year’s version, the 2015 rendition is markedly sweeter, with good reason — pumpkin for pumpkin’s sake is never a winning game. Pumpkin with sugar and spice? Well, there’s an idea. In this whiskey — still young and heavy with malty notes — those spices are really punched up to the right level. Beautiful allspice notes make for a welcome entree to lightly-sweetened pumpkin, definitively roasted and slightly smoky on the back end. Unlike my experience with last year’s version, the 2014 SoL Pumpkin Spice Whiskey is not just a novelty but a smooth operator in its own regard, smoothing out the harshly bitter notes that stuck with me in last year’s release. Give it a go. 80 proof. B+ / $48 [BUY IT NOW FROM DRIZLY] 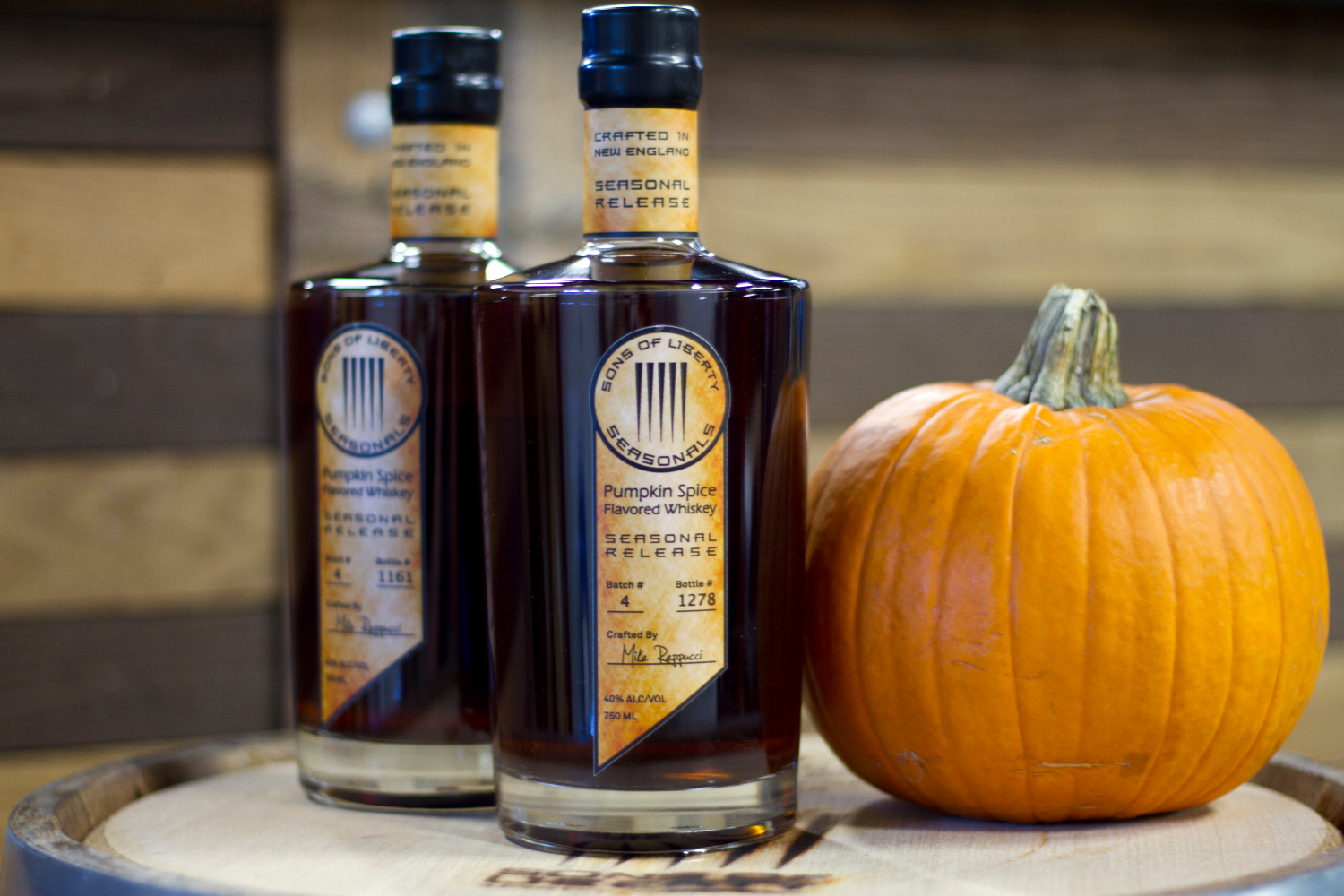