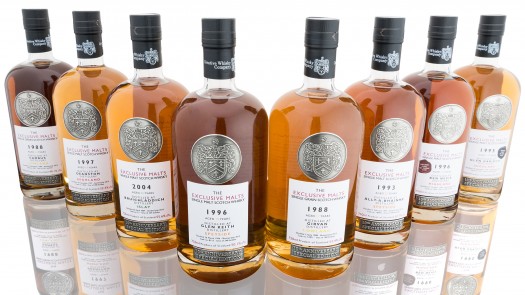 It’s another outturn from indie bottlers The Exclusive Malts, with a series of eight single cask releases from a wide range of distilleries. Today we look at six of them. So, without further ado, let’s get on to the tasting!

The Exclusive Malts Deanston 1997 17 Years Old – A “midlands” distillery near Glasgow, Deanston doesn’t often get much notice, but this vanilla-heavy number is a solid sipper. It’s a low-key malt with ample roasted grain notes, a touch of citrus peel, and some oily leather/furniture polish notes on the back end — but the sweet vanilla character, tempered with some walnut notes, tends to take over the whole affair from beginning to end. 104.6 proof. B+ / $140

The Exclusive Malts Ben Nevis 1996 17 Years Old – Highland malt, matured completely in a refill sherry cask. Here you’ll find more red fruits than citrus on the nose — almost strawberry at times, which is an exotic surprise, with a touch of lemon mixed in. There’s lots going on on the body — fresh mixed fruits, cinnamon, toffee notes, a bit of well toasted bread. Some coconut emerges on the finish, giving this a tropical touch. Lots of fun and highly worthwhile. 102.4 proof. A / $140

The Exclusive Malts Glen Keith 1996 19 Years Old – Speyside’s Glen Keith was shuttered from the late ’90s to 2013, when it reopened to make malt exclusively for blending. This is some of the last stock from that prior production run and a final chance to try Glen Keith as a single malt. It’s fairly traditional on the nose, with sizable cereal, some apple, and moderate wood influence. On the palate, it drinks on the hot side, with sweetened grains — think breakfast cereal — heavy on the tongue. Ultimately it’s a bit simplistic, particularly for a whisky of this age, though it’s completely serviceable. 100.2 proof. B / $155

The Exclusive Malts Glen Garioch 1995 19 Years Old – This is Highland malt aged in a rum cask from Guyana, a rarity you don’t often see in Scotch. Racy and spicy on the nose, the initial impression is one of a heavily sherried whisky, loaded with citrus and laced with cloves. The body is highly spiced, almost fiery at times, with tropical notes, rounded malt, and a bit of chocolate. Straightforward, a little hot thanks to the higher-than-expected proof, but a joy from start to finish. Wish I had more to tinker with. 112.6 proof. A- / $150

The Exclusive Malts Allt-A-Bhainne 1993 22 Years Old – This Speyside distillery is primarily used to make malts for Chivas blends, and it almost never shows up as a single malt. This well-aged number is the lightest shade of gold, with floral and grain-heavy notes up front, plus hints of baking spice and burnt sugar. Touches of petrol emerge with time. On the palate the whisky is initially sweet and innocuous, but some less savory components quickly come around — notes of coal, burnt paper, gravel, and ash. The finish is a bit rubbery, and short. Ultimately lackluster. 101.4 proof. B- / $160

The Exclusive Malts Cambus Single Grain 1988 26 Years Old – Cambus was a Lowlands grain whisky distillery that was shuttered in 1993. This is a darkish whisky, exotic on the nose with tropical fruits, irises, ripe banana, and coconut notes. On the palate, it’s intensely sweet — with amaretto notes and more ripe banana before venturing toward notes of watermelon, cherry, and rhubarb all mixed together. The finish is exceptionally sweet, almost cloying. All in all, this is a somewhat bizarre whisky that nonetheless merits consideration because it is so very unique. Not sure it’s a daily dram, however. 96.2 proof. B / $180 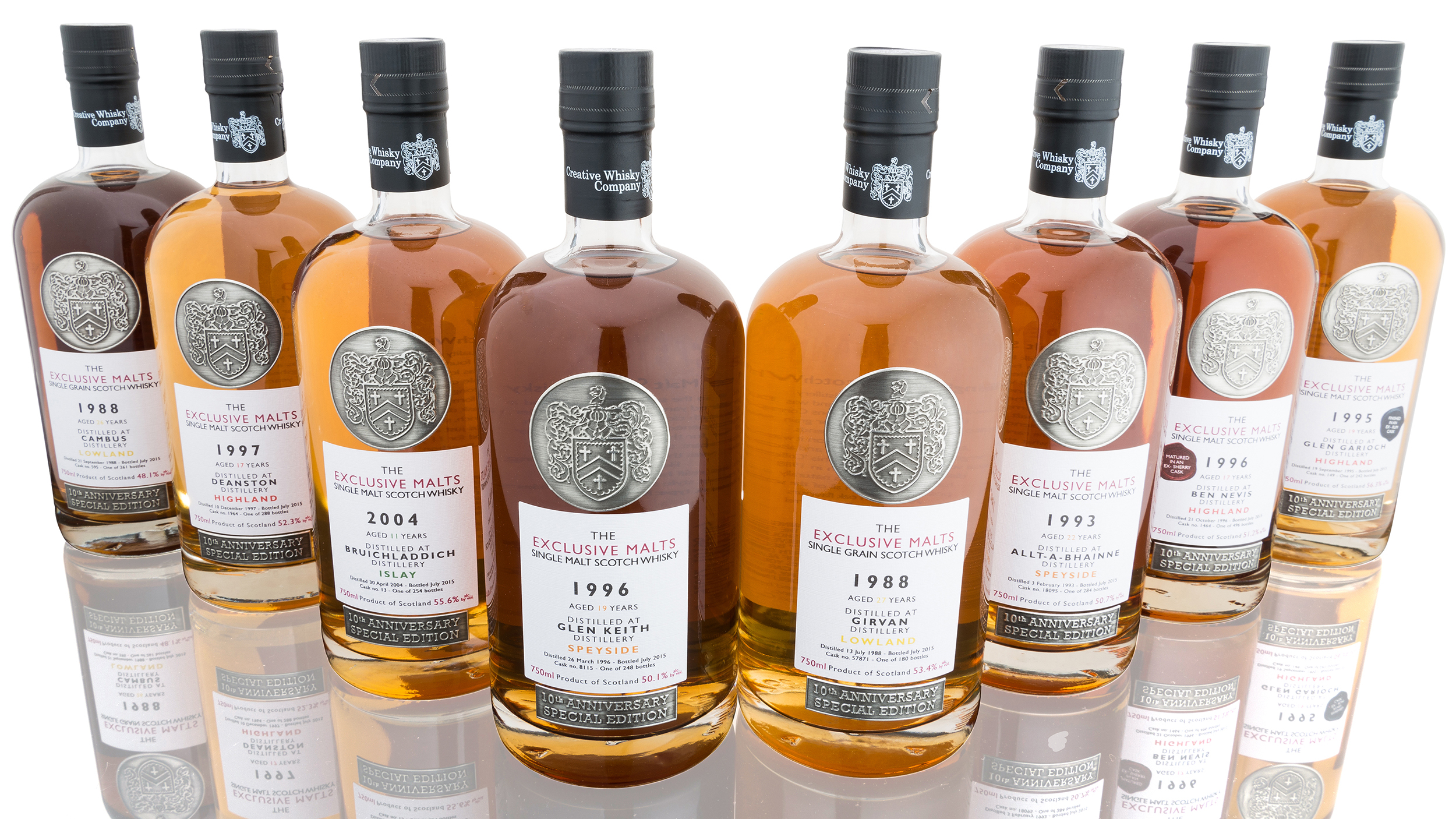 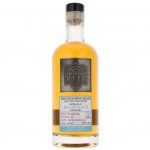