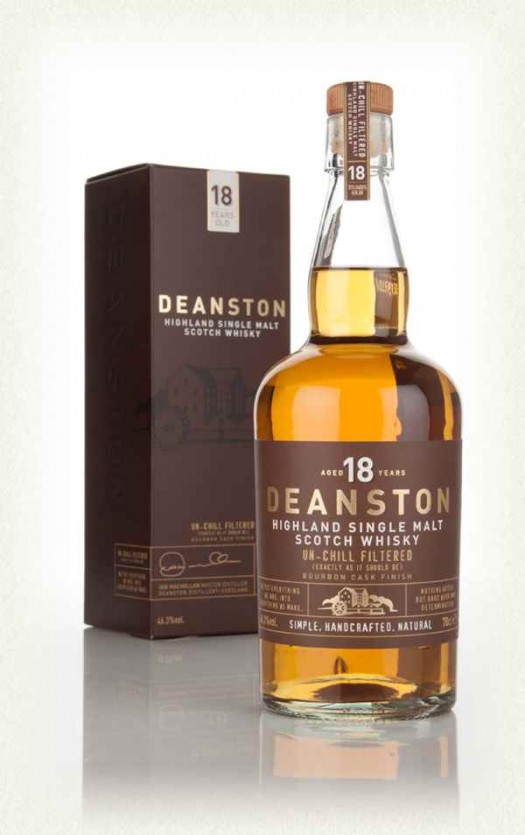 Here, we find a nose a nose that loads up light smoke elements, a bit of burnt rubber, and ample charred wood influence. Underneath, a bit of mothball and some honey notes don’t give away too many secrets, but stick with it for a few sips… On the palate, Deanston 18 nearly explodes with a melange of flavors, a veritable shotgun blow across the tongue. First, simple grains and some gentle honey notes, then fruit — banana at first, then some citrus. Nutty notes come along to provide a tertiary smattering of flavors, along with a touch of tar as the finish builds.

Deanston doesn’t have a reputation for offering a nuanced drinking experience — if you’ve heard of Deanston at all — but here’s proof of what a difference a few years can make to an otherwise standard and unchallenging malt, eh? 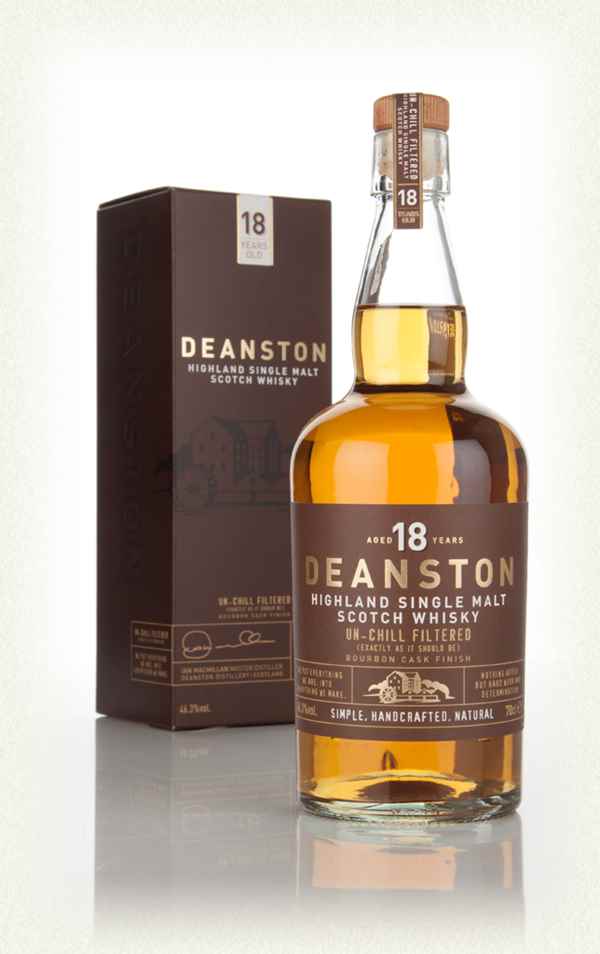