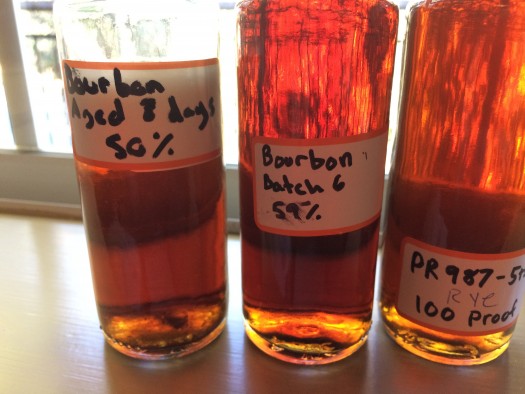 Why rum? It’s easier to age, with simpler ingredients and a more straightforward line from white spirit to old brown stuff.

Whiskey is a bit of a holy grail for Lost Spirits, as it’s a more lucrative market with larger appeal at the high end. (As you’ll recall, Lost Spirits’ reactor can age a product to the equivalent of 20 years of age — no more, and no less.) But it’s also been difficult to make, says CEO Bryan Davis, due to some incredibly geeky complications with the way certain bacteria interplay with the wood that makes up the barrel.

Well, Davis says that he’s on the path to figuring this out, and he sent me some whiskey samples from the reactor to see how things are progressing. On tap: Two bourbons (one 100 proof, one 118 proof) and a 100 proof rye. (To reiterate: These are not commercial products but just works-in-progress submitted for some early thoughts. All of them started off with new make spirit from a major Kentucky distillery, though Davis can’t say which.)

In short, Lost Spirits is well on the path, but there’s still work to be done. The overwhelming flavor of both of the bourbon experiments is smoke. Not barrel char, but campfire smoke, something that lands the experience closer to a peated Scotch than to any bourbon I’ve ever had. The body offers some floral elements and fruit underneath, with cherry notes enduring for a time — before the dense smoke elements take hold again. It still doesn’t quite compare to even very old bourbon — the near complete lack of sweetness is a key concern — indicating there’s still work to be done on the aging process.

Conversely, the rye is a much bigger success, showcasing classic rye baking spice notes, plenty of fruit, and a more restrained and gentle smoke character. Marshmallows, baked bread, and baked apples are blended together with just a bit of petrol and some of that forest fire smokiness to create a complex but balanced whole. Now 20 year old rye is hard to come by — I don’t know if I’ve ever had any at all — so comparisons with currently available products aren’t easy to make. But either way, this is a whiskey that I could drink right now, its various elements really firing together beautifully. 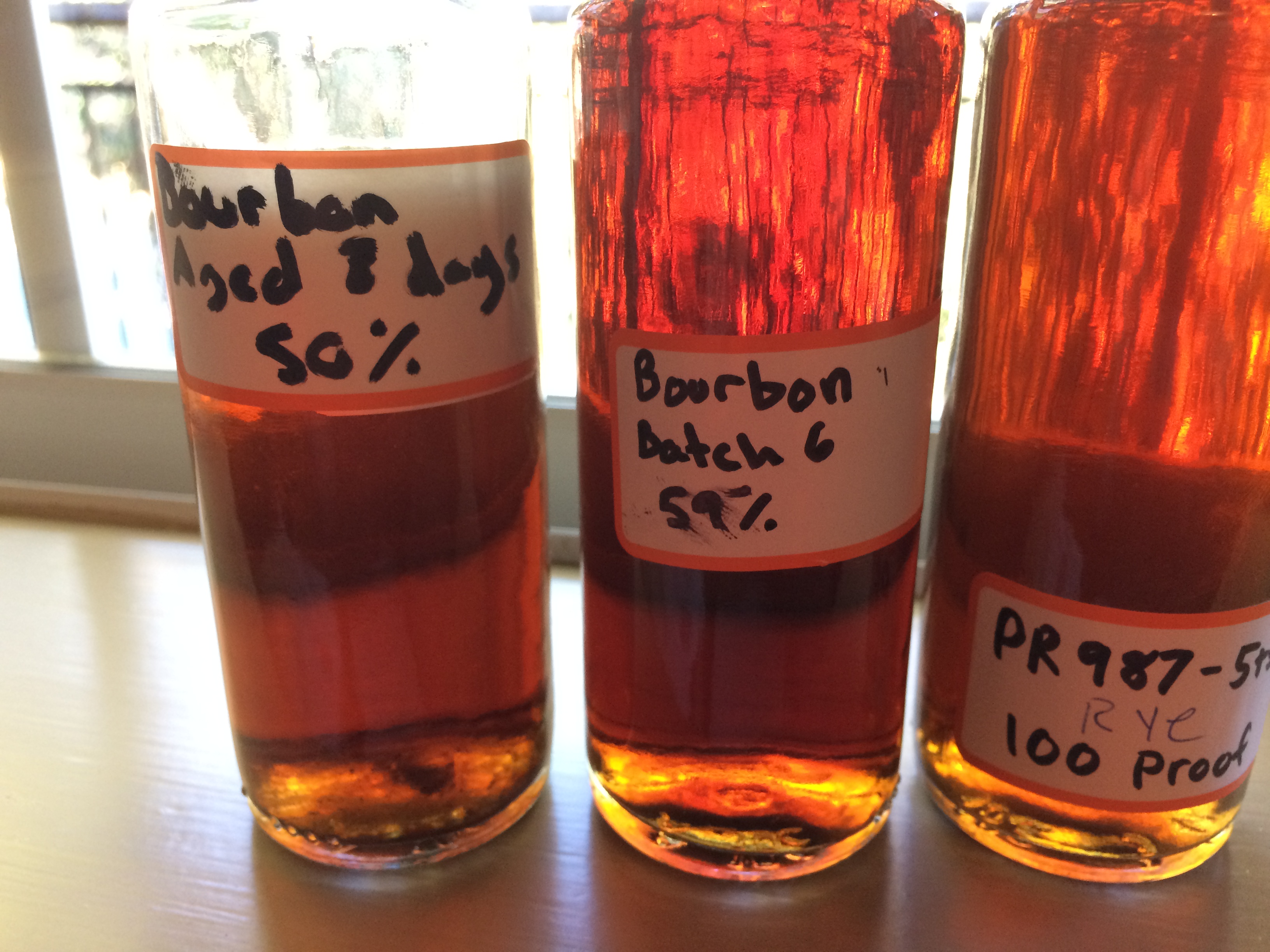