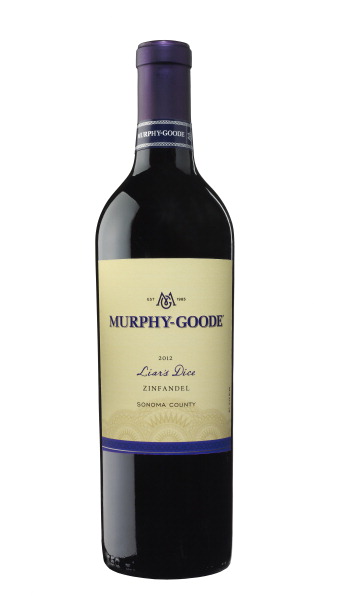 Murphy-Goode is a venerable Sonoma-based producer of all manner of wines. Today we look at the company’s new 2015 zinfandel releases, all from the 2012 vintage.

2012 Murphy-Goode Liar’s Dice Zinfandel Sonoma County – Rather thin, without much character on the nose aside from some balsamic notes. On the palate it offers a somewhat watery body with ample greenness — not at all the jammy fruit bomb that you expect with zin. That wouldn’t normally be a slight, but there’s just not enough character here to make this overly worthwhile. C+ / $21

2012 Murphy-Goode Snake Eyes Zinfandel Alexander Valley – A significant improvement, revealing an initial gingerbread note that seemingly comes out of nowhere — I mean that in a good way. Over time, the wine settles into a groove that offers dense currant, some cinnamon and cloves, and dark chocolate-covered cherries. Well-rounded and cohesive. Give it a little chill to coax out more flavor. A- / $35

2012 Murphy-Goode Reserve Zinfandel Alexander Valley – Similar in profile to Snake Eyes, sans the gingerbread. With a plummy core it’s fruit-focused to the extreme, though dry and not at all over-sweetened. The lasting finish features notes of dried tea. Very well crafted but not as exotic as Snake Eyes. A- / $40