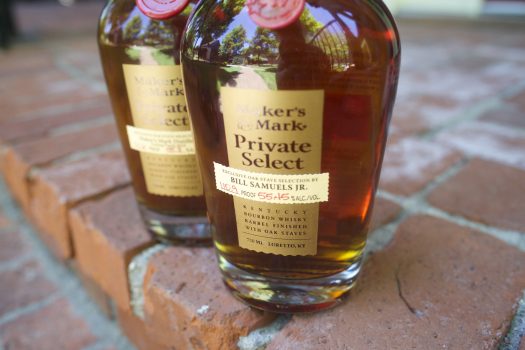 Update: In 2017, this product was renamed and rebranded as Bill Samuels Jr.’s Private Select.

Same story as last time: This is a barrel proof version of Maker’s 46, which is takes standard Maker’s and puts extra charred-wood staves inside the barrel to give it a stronger wood influence. While Maker’s 46 is 94 proof, Maker’s 46 Cask Strength hits 108.9 proof. (It’s unclear whether this will change over time.)

The results offer some marked differences vs. standard 46. The nose starts off with charred wood notes, then leads into surprising sweetness: butterscotch, vanilla, and some cotton candy notes. Over time, some forest-like notes  The body also plays up the sweet stuff, integrating burnt caramel, more butterscotch, and loads of fruit that linger on the tongue for quite a while. It’s not as overtly woody as you’d expect — nor is it altogether racy despite the high alcohol content. I didn’t have trouble sipping it without water, though some agua does bring out an almost Christmas-like element to the whiskey.

All told: It’s a solid offering from Maker’s that gives you one more way to enjoy this wheated classic.

108.9 proof. Available only at the Maker’s Mark Distillery in Loretto, Kentucky. 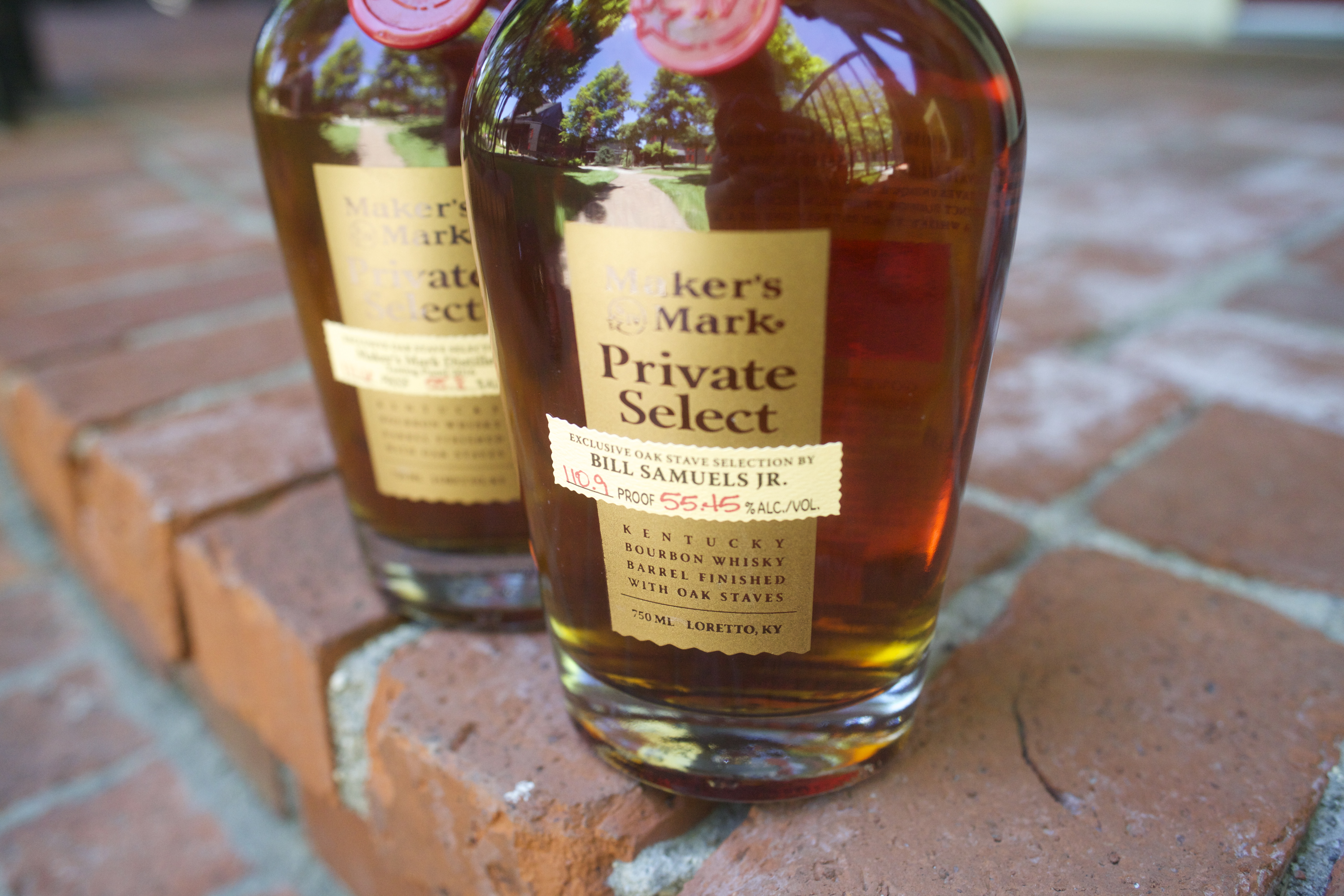