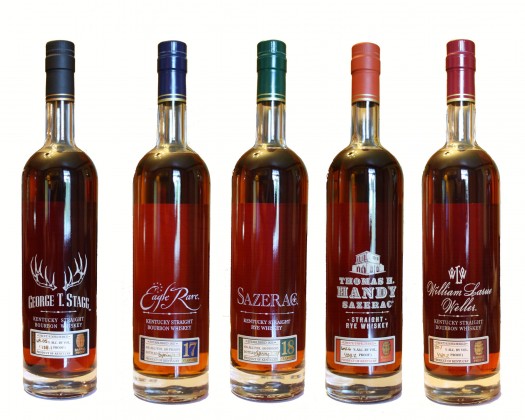 As bourbon (and rye) mania continue to sweep the nation, this year’s Buffalo Trace Antique Collection is setting up to be one of the hottest releases ever. (Surely you’re heard about Stagg? If not, read on for the spoiler…) As always, these are all highly capable, unique, and for the most part worthwhile whiskeys. But here’s the particulars on how each one breaks down for me this year.

Sazerac Rye 18 Years Old 2015 – As it has for many years, this is 18 year old rye distilled way back in 1985 that has been sitting in a big metal tank since it hit its 18th birthday in 2003. Sazerac 18 changes a little each year, but not much. But now pay attention: This is the final release from the old tank. Next year’s release will feature whiskey distilled in 1998, and going forward, Sazerac 18 will be drawn from barrels filled 18 years prior. So — if you like what Sazzy 18 has been like in the past, get it now, as this is your last chance. In 2015, the nose offers exotic notes of brandied cherries, graham crackers, and whipped cream. This beautiful dessert character leads to ample wood on the initial rush of the palate — but this quickly segues to Christmas spices, more gingerbread, mulled wine, marzipan, and spiced, baked apples. The finish is long, soothing, and festive with its hefty spice character — perfect for holiday tippling. All in all, it’s a similar Sazerac 18 to the whiskey we’ve seen before, but like an old friend it’s one you still want to spend time with from time to time. 90 proof. A- [BUY IT NOW FROM DRIZLY]

Eagle Rare Bourbon 17 Years Old 2015 – A 17 year old whiskey from the bottom three floors of Warehouses Q and I. Punchy with vanilla, caramel, and chocolate, this is a cocoa lover’s dream come true. A classic bourbon drinking at full maturity, it eventually reveals some allspice, barrel char, and a bit of menthol. This year’s whiskey is a fairly straightforward bourbon, one that even hints at its origins with some popcorn notes emerging on the finish — not something you often see in a whiskey of this age. Solid stuff on the whole, as it usually is. 90 proof. A- [BUY IT NOW FROM DRIZLY]

George T. Stagg Bourbon 2015 – There’s quite a tale to go away with this one. Buffalo Trace says that it opened up 128 barrels of whiskey distilled in 2000 (making this 15 years old), but many of them only had 1 or 2 gallons of bourbon left in them. The shocking statistic: 84% of the original distillate evaporated! That’s quite an angel’s share… which means you are not going to find much Stagg on the market this year — one source I’ve seen estimates just 5000 bottles of this coveted whiskey will hit stores. 2015 is quite strong on the nose (this is 69% alcohol and dark as night, so prepare thy liver), but push through the alcohol to reveal intense vanilla, cinnamon, and cloves on the nose. The body is equally intense — lots of vanilla extract, cloves, and, surprisingly, licorice, plus a bit of barrel char on the back end. Give it water and it settles into a groove of burnt caramel and brown sugar with a little licorice kick. There’s not a lot of nuance this year — Stagg can often take on a dark coffee/chocolate tone — but it’s a very capable and highly enjoyable bourbon from start to finish. What else were you expecting? 138.2 proof. A- [BUY IT NOW FROM CASKERS] [BUY IT NOW FROM DRIZLY]

William Larue Weller Bourbon 2015 – 12 year old W.L. Weller, from the second and sixth floors of warehouses I, K, and L. Appealing nose, and approachable even at this hefty proof (just 2% abv less than Stagg). It’s got a distinctly lighter style, with a nose of distinct butterscotch notes, fruit salad, and vanilla. On the palate, the butterscotch comes on strong, along with some marzipan and orange oil. Add water and the whiskey takes on an evergreen edge, though it’s still tempered with that almond paste/butterscotch sweetness. Kind of an odd combination of flavors — each enjoyable enough on its own, but all together a little bit scattered. 134.6 proof. B+ [BUY IT NOW FROM CASKERS] [BUY IT NOW FROM DRIZLY]

Thomas H. Handy Sazerac Rye 2015 – Six year old rye, as per the norm, from the fourth and seventh floors of warehouses I, K, and M. Slightly light in alcohol for Handy vs. previous years’ releases. Restrained on the nose, far more so than anything else in the collection. It’s just not altogether there, aside from some nutty and grainy overtones. On the palate, at full bottle strength, it features hot, toasty grain, some citrus/orange marmalade notes, and more than a bit of astringency. Water helps, bringing out more sweetness and some baking spice, but also tons of grain and some antiseptic notes that make the whole affair seem undercooked. There’s nothing wrong with young whiskey, but I question whether a rye that’s drinking so youthfully has a proper place in this collection. 126.9 proof. B- [BUY IT NOW FROM DRIZLY] 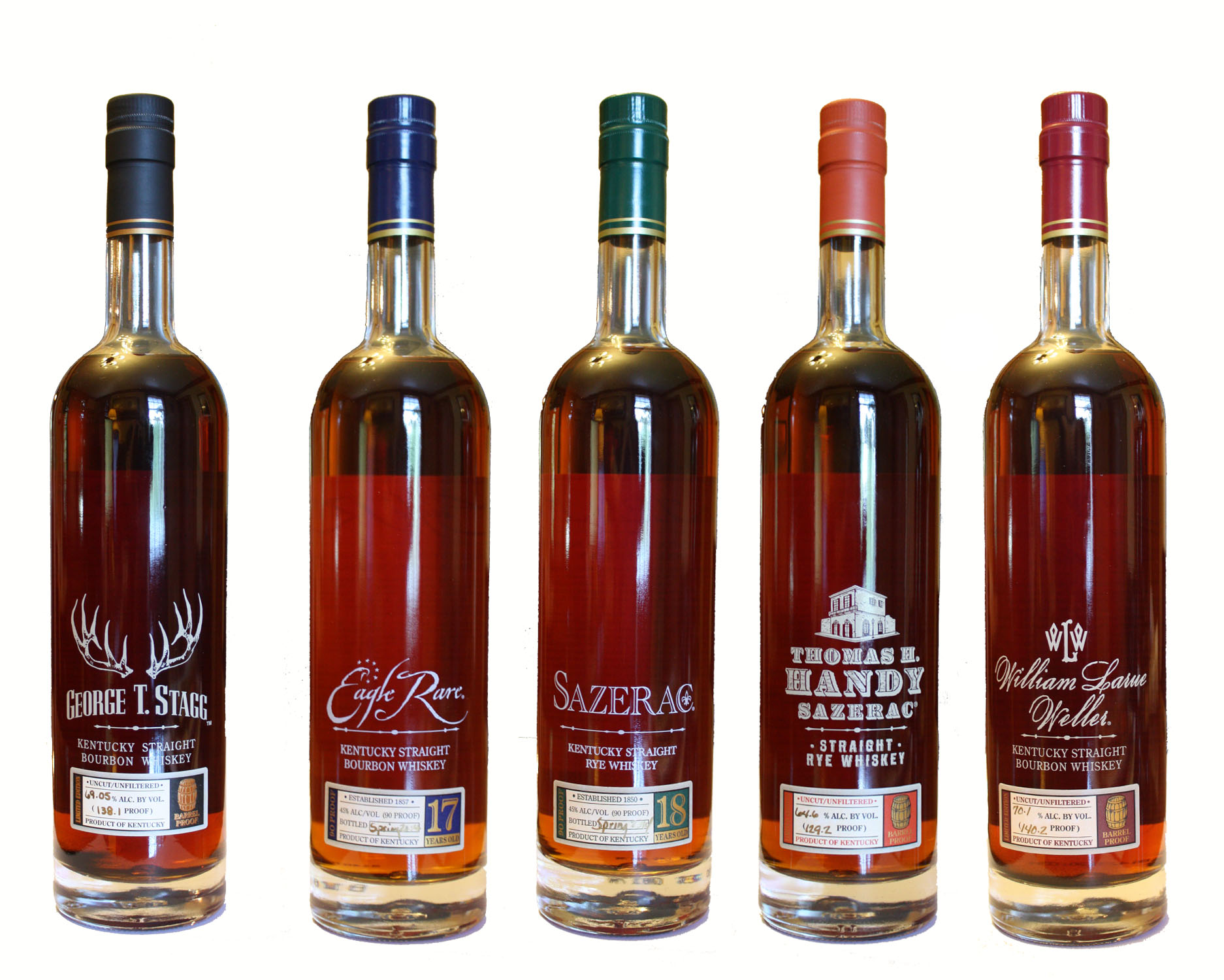