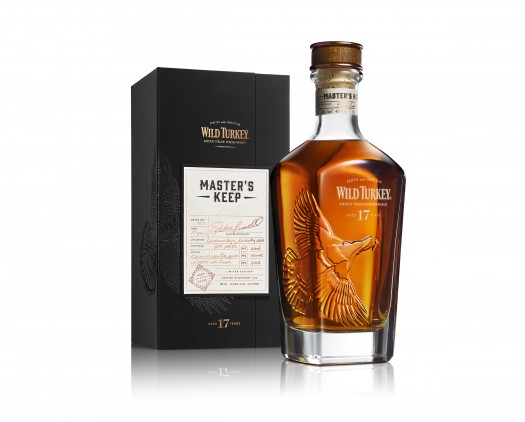 Following up on last year’s Diamond Anniversary bourbon, Wild Turkey is releasing Master’s Keep, a 17 year old whiskey that is the oldest bourbon Wild Turkey has ever released in the U.S.

The spirit is the product of Eddie Russell, the son of the famed Jimmy Russell, who was recently appointed to the job of co-Master Distiller alongside his dad. (Jimmy famously doesn’t care for old bourbon, hence releases that rarely topped 10 or 12 years of age.) This is Eddie’s first official release, though he’s had a hand in a number of prior Wild Turkey special editions.

The story of Master’s Keep begins in 1997. Wild Turkey had a surplus of Bourbon and no warehouse space left, so Eddie needed a place to store and age the extra barrels. A friend at another distillery offered his empty stone warehouses, but Eddie knew these would age the Bourbon differently than the wooden warehouses at Wild Turkey. He decided to take a chance and experiment a little, and so the barrels spent several years in stone warehouses before eventually coming back to Wild Turkey’s wooden ones.  After 17 years and 200 miles, Eddie felt these traveling barrels had reached their peak flavor. It is fair to say that this Bourbon is a welcome innovation in long-aged whiskey. And, much to his surprise, when the barrels were dumped they were at a much lower proof than anticipated. Barreled at 107 proof, the whiskey was 89 proof when dumped and 86.8 proof (43.4% alc./vol.) when bottled – a result of the time these particular barrels spent aging in stone warehouses.

“Master’s Keep is the result of a lot of experimentation, patience and faith,” said Eddie Russell. “The sweet spot for Bourbon aging is usually between 8 – 12 years because older Bourbons tend to become too woody or spicy from sitting too long in the barrel. What I was able to do with Master’s Keep was retain the Bourbon’s rich caramel and vanilla flavors by aging the barrels in both stone and wood warehouses, sampling from them every few months to decide their next move.”

Well, all that preamble aside, Master’s Keep cuts a curious figure. The color is exotic with a deep orange/amber hue — it looks old, to be sure. The nose says something else: Rich vanilla and caramel notes, but with ample fruit, and not a ton of wood. The body is fat with butterscotch, brown butter, tons of baking spices, and a surprisingly mild dusting of sawdust. Perhaps Russell is right that significant aging in cooler stone warehouses has tempered Master’s Keep, enough to keep it going for 17 long years and still come out the other side as a youthful and exuberant spirit. The finish is sweet and mild, quite fruity and fresh.

This is a fun whiskey that you’d never guess had 17 years of barrel age on it, but which you’ll really enjoy from start to finish. Price becomes a bit of a concern at this level — at $150 I want my head to spin — but I don’t think anyone could sample Master’s Keep and not ask for a second glass. 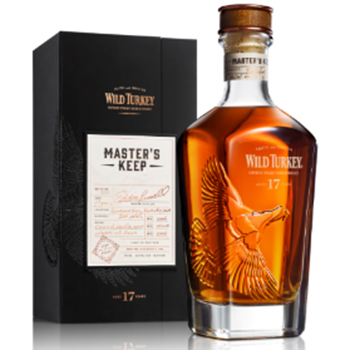