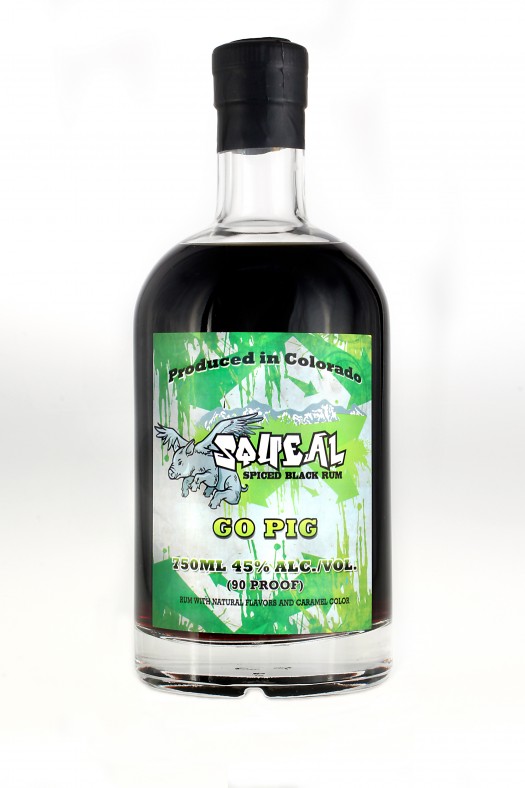 If nothing else: Points for a creative name.

Squeal Go Pig is a Colorado-produced spiced rum (it is produced by a private label distiller on behalf of the SGP folks), but apparently the “Go Pig” is optional. Just call it Squeal and you’ll be fine. It’s spiced, very dark rum — they call it black rum — though it’s unlikely this rum has significant age on it. No doubt, there is significant caramel color here.

The nose is surprisingly fresh — more brown sugar than deep molasses — with a slightly raisiny note that lends it a bit of a Port aroma (not a bad thing). On the palate it’s sweet but not overwhelming. Fruit jam hits the palate first — plums and cooked peaches — plus more raisin and prune character. The spice component is relatively underplayed, with the predominant notes of cloves and anise giving the rum a bit of the essence of sweet licorice candy.

It adds up to a dangerous combination — and one which doesn’t drink like an overproof spirit but rather a more easygoing one. Whoa, 90 proof? Better watch yourself or you really will “go pig or go home.” Oink! 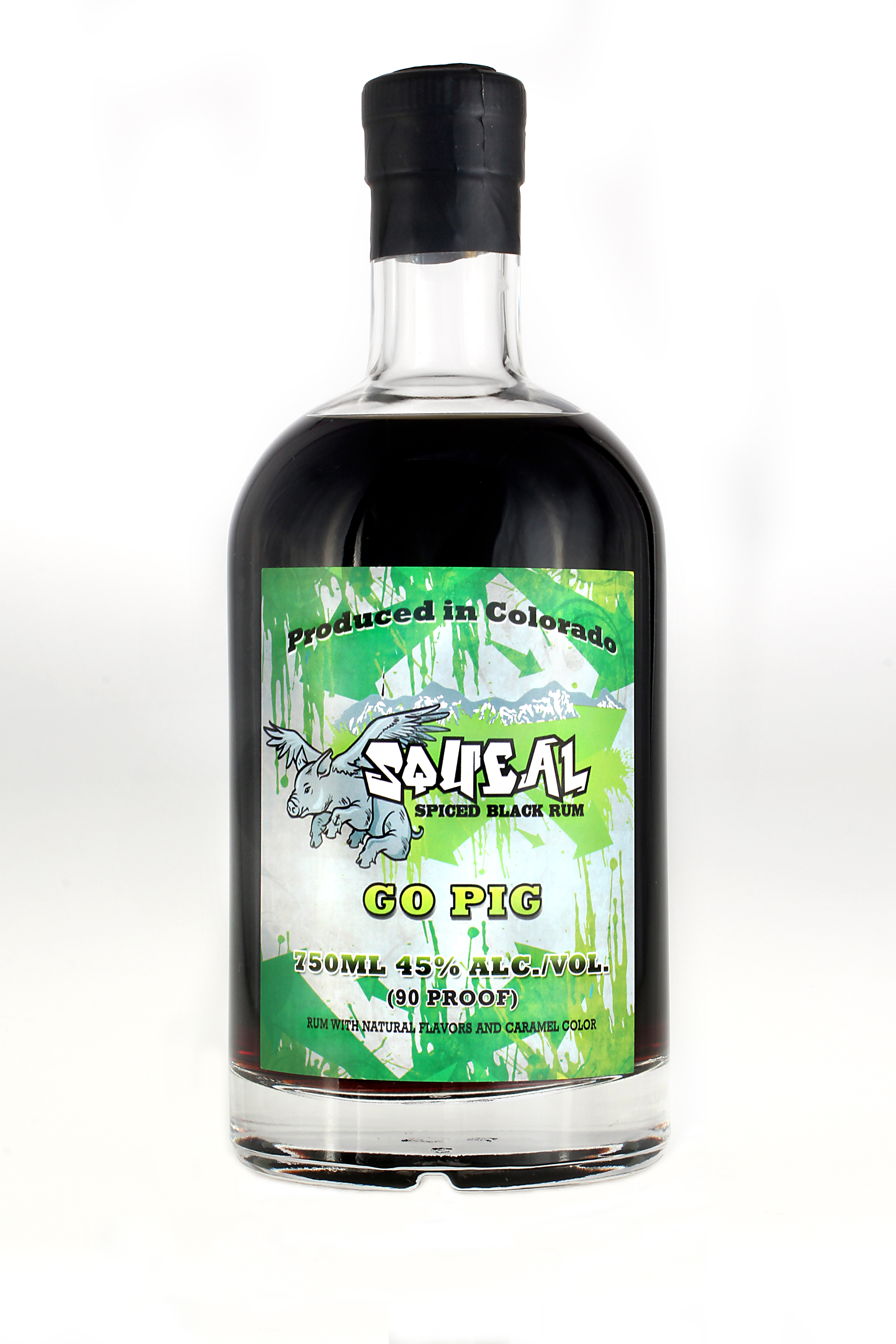