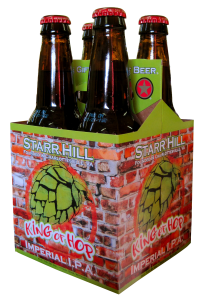 It’s time for one new, limited release — King of Hop — and the return of a seasonal — Soul Shine — to the Drinkhacker beer fridge. Let’s dig in…

Starr Hill King of Hop Imperial IPA 2015 – Not to be confused with the King of Pop, this is a classic, dry-hopped Imperial IPA with all the expected trimmings. Lovely citrus-pine notes up front, dusted with a touch of burnt marshmallow and notes of forest floor. Chewy and lightly resinous — but far from overpowering in the bitterness department — it’s a refreshing and well-crafted IPA with just a touch of uniqueness to carry things along. 7.5% abv. A- / $NA per four-pack

Starr Hill Soul Shine Belgian-Style Pale Ale (2015) – This “Americanized” Belgian ale grew on me a bit with this go-round, its late-game bitterness pairing a bit better with its heftier up-front maltiness and mushroomy, bready, slightly vegetal notes. 5.2% abv. B- / $10 per six-pack 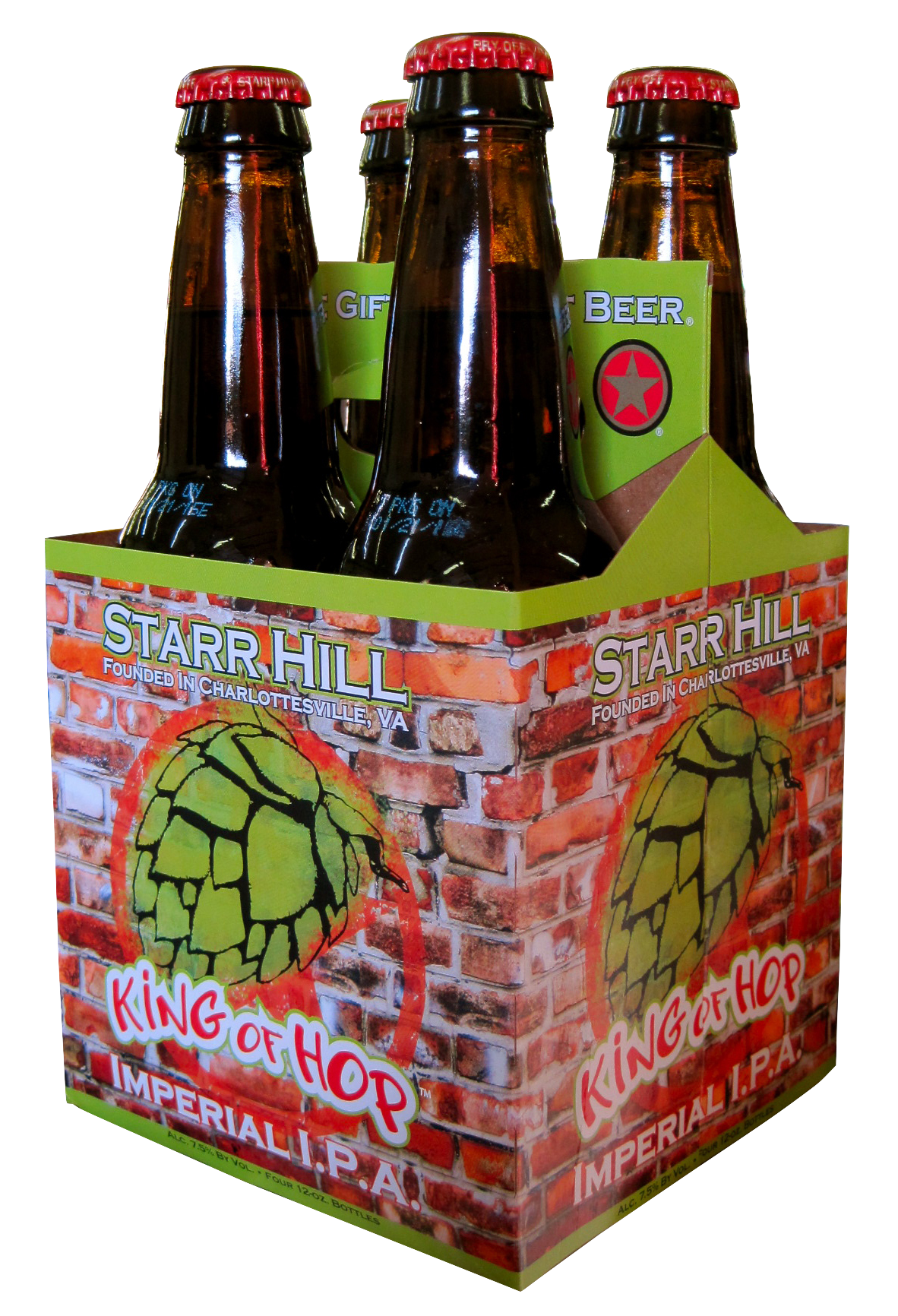