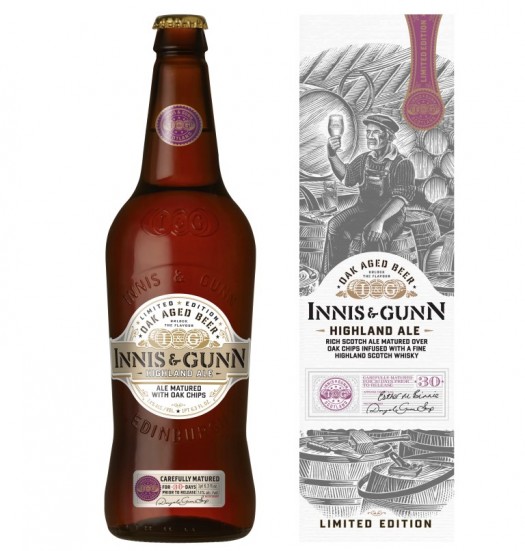 It’s our second look at Scotland-based Innis & Gunn‘s beers, with two new oak-aged offerings (as all I&G beers are made) hitting the shelves now. The first is a seasonal brew, the second is a special edition that comes in a large-sized bottle and its own wooden carton.

Innis & Gunn Rare Oak Pale – Aged over Scottish oak, with the addition of elderflower and sweet gale (a medieval hops alternative) during the maturation. Sweet, but not aggressively so as in some Innis & Gunn bottlings, it offers distinctly floral and fruity notes — almost like juicy apple meets fresh violets. The vanilla-fueled oak plays out over all of that, with just the lightest touch of bitterness to even things out. 5.8% abv. B / $11 per four-pack

Innis & Gunn Highland Ale – This is an oversized, special edition brew, made from “Scotch Ale matured over oak chips infused with 18 Year Old Highland Scotch Whisky in Innis & Gunn’s patented Oakerators (think coffee percolator).” As with most Innis & Gunn bottlings, it’s very malty and quite sweet, pushy candylike notes with caramel sauce and cream soda notes. The whisky element comes through, a bit, on the somewhat racy nose and through a raisiny note on the body, but what this ale really needs is some bitterness to help cut through the sugar and add a little balance. 7.4% abv. B / $7 per 22 oz. bottle 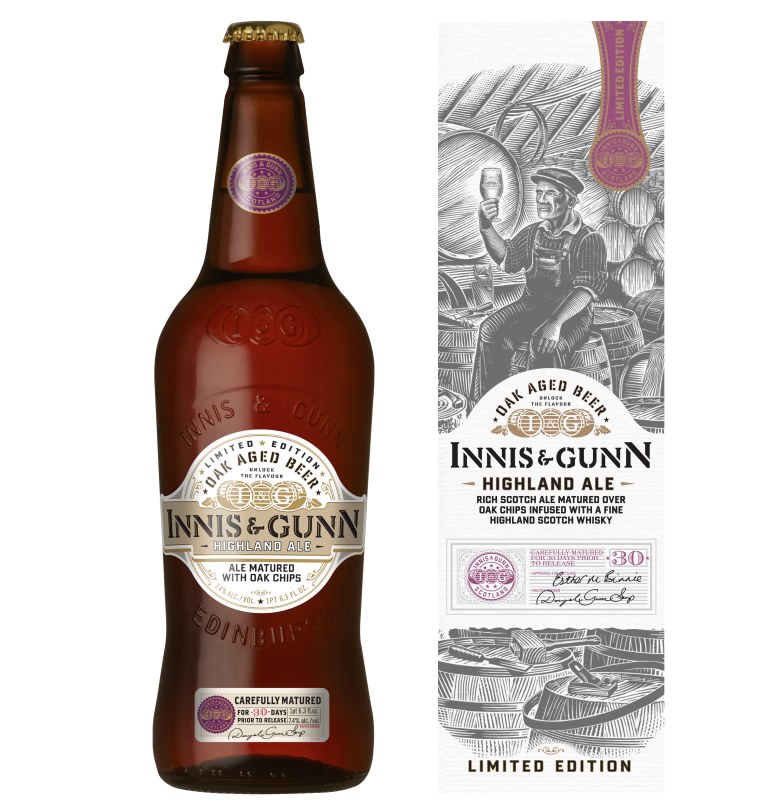